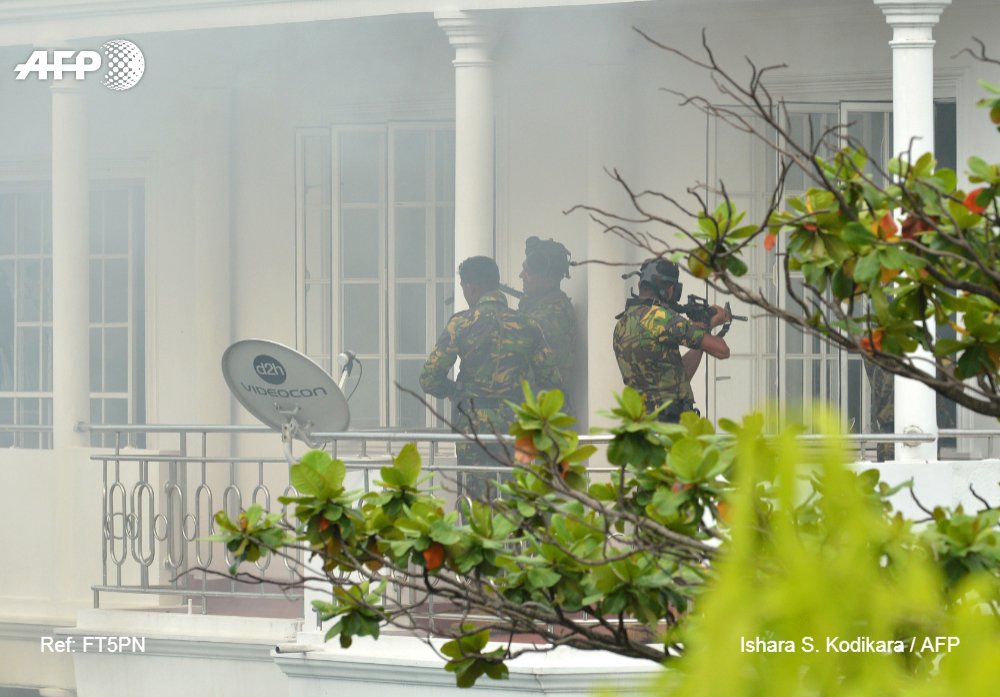 Seven people who are suspected of being connected to a series of bombings that hit Sir Lanka on Easter Sunday were arrested by the country’s authorities, Sri Lanka’s Defense Minister, Ruwan Wijewardene, has announced.

More than 200 people were killed and more than 400 others were injured as a result of 8 bombings, which targeted the St. Anthony’s Church in Colombo, St. Sebastian’s Church in Negombo, the Zion Church in Batticaloa as well as the Shangri-La, Cinnamon Grand and Kingsbury five-star hotels.

“The government has decided to block all social media platforms in order to prevent incorrect and wrong information being spread. This is only a temporary measure” Udaya R. Seneviratne, secretary to the president said in a statement, according to al-Jazeera.

No group has claimed responsibility for the attacks so far. However, the available information indicate that the bombings were carried out by terrorist affiliated with ISIS or even al-Qaeda.

Both terrorist groups vowed to attack Christians worldwide following the Christchurch mosque shootings, on March 15. 50 Muslims were reportedly killed in the shootings.

Ah that tells us that AngloZioNazi interests shift a little further to the East… What did not Work in the Middle East….Might work in Asia….Good Luck Asia….America will Probably Chopper in a lot more ISIS-Terrorists

Was that the best phrase you could think of?

Show me what you got

How does it Feel to be a Loser?

That has been their only response for as long as internet has existed.

‘No group has claimed responsibility for the attacks so far. However, the available information indicate that the bombings were carried out by terrorist affiliated with ISIS or even al-Qaeda’

Strange how they haven’t claimed it yet! Usually they’d be all over it in no time!

there is a rumour that those attackers are who got rejected their visa to going to join ISIS.They made their revenge that way.

Interesting and no doubt probably true. But I still don’t understand why they haven’t actually claimed it especially given all the world coverage it has been getting?!

It’s my turn today: Bibi was not logged in

Send my Regards to Hell Aviv

Here is one of suicide bomber with his back pack is walking toward crowd before the blast.

One of target :dash cam footage of blast in side church .

Thank you for the red circle, it helped me see the smoke better

The Zionist Israel are the number one enemy of humanity. Adolf Hitler eliminated many and left some as a sample to this world to show that why he wanted to eliminate these conspirator viruses.

Creating a war between Muslims and Christians has been a major Zionist agenda for decades. There is no way this was some lone wold operation.

one who arrested during the operation.