In the opinion of the former head of the Austrian secret service the security situation in Europe will worsen. The problem: None of the measures announced by Chancellor Merkel will change the situation. After the massive uncontrolled immigration, it is too late for effective control. 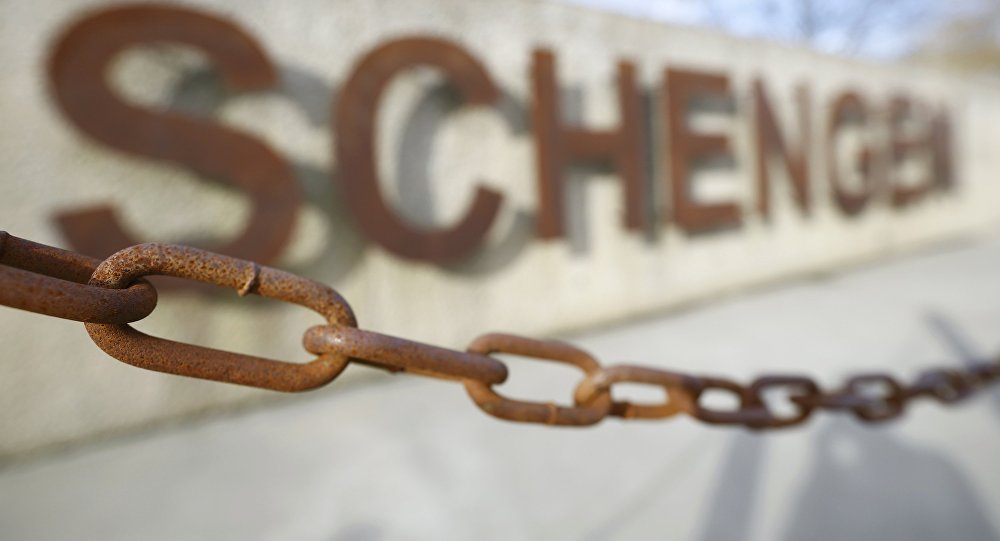 The terror has arrived in Europe. France was the scene of a wave of terror attacks in a short time. After Nice in June this year Saint Etienne-du-Rouvary, a small town in Normandy, followed a month later. That France is the focus of terror came clear since the attack on the French satirical magazine Charlie Hebdo in January, 2015. The attacks in Paris in November 2015 that killed 130 people and injured more than 350, were a sign that a new chapter of terrorism was opened in Europe.

It was not likely that the Islamist-motivated terrorism is limited to France. The investigations have shown that these networks have been built up over long periods of time and along with Belgium and Italy also have reached Germany. The security agencies realized it was only a matter of time before terrorism would reach Germany as well. Würzburg, Munich, Ansbach, Reutlingen, attacks on German soil at short intervals, have triggered a hitherto unprecedented uncertainty in the population. Politically particularly explosive is the fact that the Islamic State (IS), admitted to two of these attacks without a direct link detected between the perpetrators and the terrorist organization. The security authorities call this phenomenon self radicalization. It is a known phenomenon that security authorities described as “lonely wolf syndrome” and describes a new dimension of terror. A dimension against which the security authorities are powerless, the offender only makes his appearance when it is too late for prevention. Most younger people go through a rapid process of radicalization, as the murder in Würzburg shows. Even to the immediate surroundings the process of radicalization remains hidden.

Politically explosive is the fact that the perpetrators have a migration background or had entered Germany as refugees.

How can the threat be shown to citizens and how will the threat continue to evolve in Germany?

(-) It can’t be ignored any longer that the persistent instability in the Middle East as well as in North Africa, has a direct affect on the refugee situation in Europe. This instability will not only last for years, it will continue to worsen.

(-) The attempt of the Iraqi government to defuse the Sunni-Shiite conflict failed. The recapture of IS-occupied territories, in mainly Sunni-dominated regions, is leading to humanitarian disasters and increasing migration via Turkey to Europe.

(-) The strong military commitment of the international coalition, including Russia gives field losses to the IS and a further increase of refugees. This trend will even intensify in the foreseeable future and directly concern Turkey.

(-) The internal developments in Turkey are also resulting in an increase of migration from Turkey towards the EU. This not only concerns the supporters of the Gülen movement, but also the Kurds. With it the political conflict from this region will be imported to Europe. The Turkish and Kurdish demonstrations in German and Austrian cities are alarming signals of these inner Turkish conflicts.

(-) One of the most sensitive issues for the domestic German and European security is: Do we have to expect that the IS will send specifically as refugees disguised fighters to Europe? Initially denied by the security authorities, it is now believed that such cases are not rare. A threat that must be assessed as high. The risk is increased by the fact that the security authorities can hardly verify the identity of such persons, if they still can be found at all. The attack risk from infiltrated IS fighters is therefore real. Thereupon security agencies and intelligence services are currently focusing on.

(-) Many of the refugees are traumatized. Different social origins and religious association in a new, challenging environment is providing internal tensions. This development encourages the tendency towards violent radicalization and puts the host nation to face nearly insoluble security problems.

(-) Not the IS is the greatest threat to internal security in Germany. There are the imitators who are going through a rapid radicalization and who are mostly unknown to the security agencies until the offense is happening. The fact that the IS is subsequently admitting to the acts, works as a motivation for potential perpetrators and leads to a process which the safety authorities characterize as self-radicalization.

(-) Of all to us known terrorist attacks in recent years, the attack in Nice opened a new dimension of terror. Realizing that neither an explosive nor an elaborate logistics is required to commit mass murder, left the authorities with the knowledge that such events are ultimately not possible to protect. The combination of a single attacker with the use of available equipment at any time, for example a motor vehicle like in Nice, puts the security authorities in the future to face insoluble problems.

(-) How an individual offender can bring the public life of a German city to a standstill, is shown by the incident in Munich. More than 2,200 police officers and special forces, including GSG 9 as well as parts of the Austrian Cobra were in action. Even hours after the act, were conflicting reports about what was going on in the city. Panic broke out among the population. The public transportation was shut down and the citizens were asked to stay in their homes. Panic like scenes took place in the city center. Parts of information and rumors were spread about the social media and created a situation picture that even hours later, had little to do with reality. For the first time on German soil the interaction between police and citizens in this dimension turned out to be an information disaster for those affected.

This development is anything but reassuring for the security of the citizens. The intensity of the conflicts in the crisis regions in the south and southeast of the EU external borders, as well as in Syria and in Iraq, will not calm down for the near future. The negative effect for the European and therefore also the German security will continue. Germany remains the most attractive country of immigration within the EU.

The extent to which politics with the current security situation are challenged is shown by Angela Merkels, at the summer conference presented nine-point plan. For example the increase of the security agencies, the creation of a national entry-exit register, the reduction of obstacles for the deportation of asylum seekers, as well as an early warning system for radicalization among refugees. The Bavarian Interior Minister Herrmann made in light of the terrorist events people listen up by saying he considers deportation even in crisis areas.

Although the approaches go in the right direction, they are too late. Radicalization has already become a latent danger, the next terrorist attack is only a matter of time. The society responds as always to this kind of events. More powers for the security apparatus, even a discussion on the creation of a “National Guard” has started, especially since the Bundeswehr has with the abolition of the draft no longer the necessary capacities. The intelligence and security authorities obtained further powers and the citizens have to learn to deal with restrictions on their privacy.

However, it is also true that all these measures do not improve the security situation. Civil society in Germany will have to realize that terrorism in Europe and as well in Germany threatens to become reality.

Dr. Gert R. Polli is the former head of the Austrian Federal Agency for State Protection and Counter Terrorism.

There are two options: Either Europe will become a muslim califate OR Muslims will be defeated and expelled from Europe.There is no inbetween.

Most people still do not realize this, because most people today are clueless idiots brainwashed by propaganda and disinformation. Also, the Anglo-Zionists, who are actually enemies of Europe and allied with Middle East Islamists, WANT Europe to be overrun by Moslems and changed beyond recognition, so that it can never even potentially be an ally of Russia or present a civilized alternative to Anglo-Zionist power.

They need to get to the source of the causes of the problem; the countries of origin. Let’s just call it for what the situation is:

The EU, US too, has been running around attempting to create the world in their image in places like Libya, Syria, Egypt, Iraq, Afghanistan, Ukraine and probably a few more that do not get much public attention. This has back fired horrifically. Methods were used, business was conducted, with the basic attitude that ‘it’s over there, doesn’t matter how messy it gets, we are safe’. Now it is nolonger just over there. It is down the block.

Now for the scary end of it: the same type mindset that set it all in motion is still running the governments, These leaders will continue to look for solutions, in playbooks that their opponents use to start their cooking fires. While time was wasted playing games, enriching defense industry interests et al, the jihadists have learned all of the methods employed by the EU and West in general. They read each page of the playbooks at their leisure, while preparing something to eat.

What I see as just one human being, observing and noting how the situation has evolved and is currently progressing, is that I think this will reach a point where there will not be a TV network for the authrorities to put out their steady stream of nonsense. I do not look upon this with glee or even mild satisfaction at all. This may be a tragedy that has not only torn ancient cultures to pieces and released uncontrollable social imbalance, as it has done in the aforementioned countries. It may wind up being something that throws back that state of humanity in most countries of the world, a few thousand years. Picture this: All the King’s F-35s and all the King’s SF ……..

I am in agreement with the perspecive offered by Dr. Polli. I thank Southfront for offering that perspective to reflect upon.

Intelligence is gathering a public list of those responsible for enacting genocide against the indigenous natives. Please submit factual info on any individuals and organisations responsible for this insecurity and invasion. Please visit intelligence here to learn and report who these perpatraitors are: https://judas.watch/mission