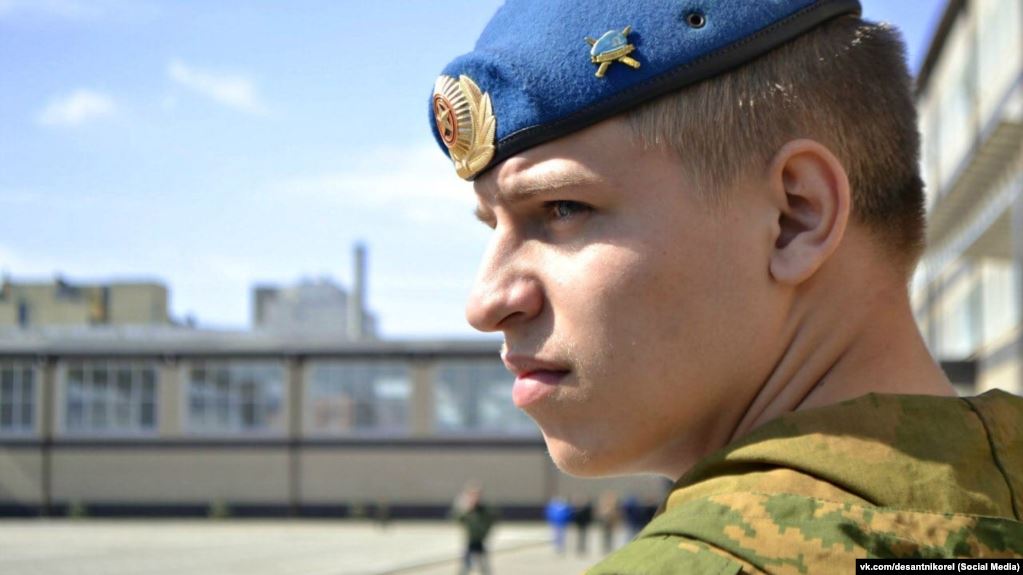 A cadet of the Ryazan Airborne Forces School, Mikhail Milshin, died from wounds received in Syria, according to reports in Russian media.

Milshin was studying in the third year of the special purpose higher education battalion of the Ryazan Airborne Force School. He was reportedly buried at the Novograzhdanskoe cemetery in Ryazan on September 9.

Reports about the funeral also appeared in Russian social media. 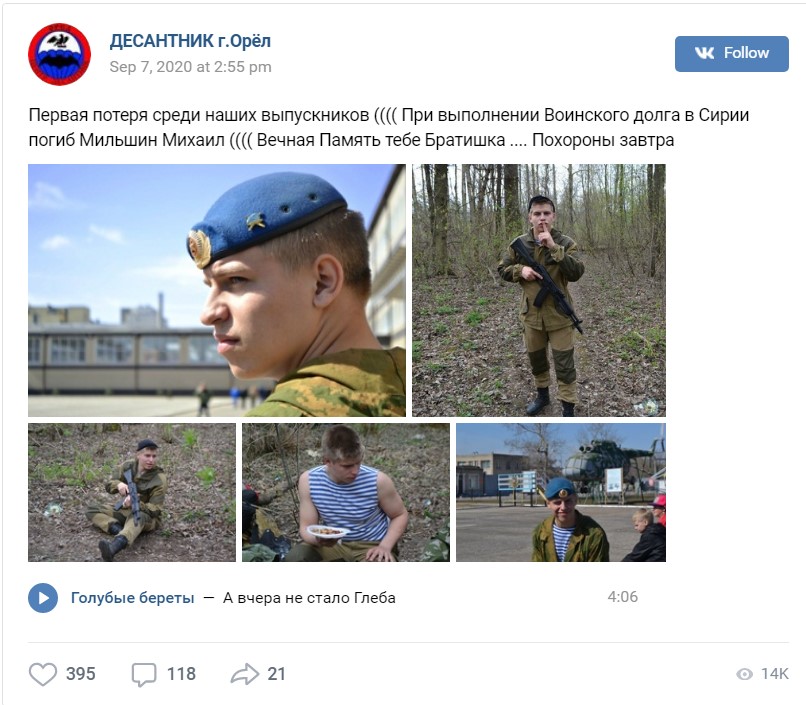 According to reports, Milshin was among two service members injured in the blast that killed Major-General Vyacheslav Gladkih in the Syrian province of Deir Ezzor in August. ISIS claimed responsibility for the attack that triggered a large-scale security operation of the Syrian Army and the Russian Aerospace Forces against ISIS cells in the Homs-Deir Ezzor desert.

That ceasefire cost this young man his life as well as the General.

I know whom you want to blame. Vladimir Putin the great peace-maker. Sometimes it seems the man is weak because he sacrifices his soldiers more than any other country has in Syria. Violent people know no limits in conflict, but Vlad is a higher moral ground kind of guy.

Fog of War
Reply to  dinnedup

” Violent people know no limits in conflict, but Vlad is a higher moral ground kind of guy. ” Would Putin be so ” peaceful ” and willing to take causalities if his daughter or other family members were serving in Syria ?

The great mistake is to name things as ceasefire, when they are not. Not all are even invited to negosaiate about anything.

SDFs are not, Jihadist are mot ISIS are not. .

As written before I would prefare the ones making the wars are killed first.

Unfortunately that’s utopia. If that was possible there wasn’t wars in the first place

It should be allowed to try:)