For the past three days, two terrorist attacks occurred in the states of Jammu and Kashmir in northern India. As result, at least 9 people, mostly civilians, were wounded. 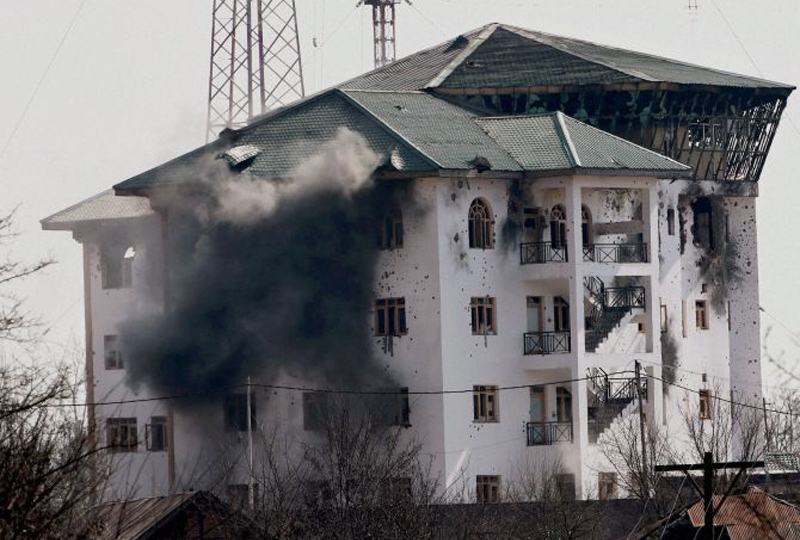 Smoke billowing out of the EDI building, where militants were holed up during an encounter with the security forces at Sampora in Pampore on Monday (Photo: PTI Photo / S Irfan)

A convoy of the Indian Army was attacked by terrorists in northern India, Indian media reported. As result, a fight broke out, during which at least nine people, most of them civilians, were wounded and four others, including three police personnel, were killed. The convoy was moving in a densely populated area (Shopian city) in the states of Jammu and Kashmir, but this has not stopped terrorists. According to the Hindustan Times newspaper, terrorists threw grenades at the military convoy and opened fire with light weapons. One wounded soldier was taken to a hospital in serious condition.

This is the second terrorist attack in Jammu and Kashmir for two days. Earlier, terrorists entered into a gunfight with police, while they were capturing the Entrepreneurship Development Institute in the suburbs of the administrative center (Srinagar city) in Pampura. Terrorists, armed with grenade launchers and automatic weapons, took refuge in a multistory building of the institute’s hostel. According to Indian police, terrorists were members of the Hizb-ul-Mujahideen and the Jaish-e-Mohammed groups.

“We blocked exits from the building. All the terrorists are young people. We call on them to lay down their arms and stop to be led by those, who want our state to be burning with fire,” the police reported.

According to Indian media, several people really laid down their arms, while others attempted to break through and were successful in this. According to the police, today’s attack on the military convoy could be carried out by those terrorists, who managed to escape from the building, surrounded by the police in Pampura.

Indian police said that terrorists in Jammu and Kashmir receive financial support from Pakistani groups. The situation is exacerbated by the fact that there is a high unemployment in the state that urges young people to think about joining to terrorist groups. 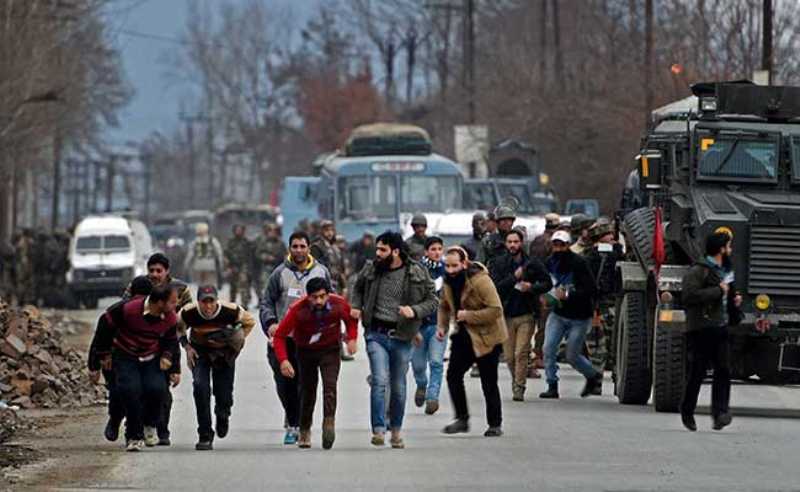 Terrorists attacked a convoy at Pampore near Srinagar in Jammu and Kashmir. (Photo: PTI Photo)