A patient shot dead a doctor in the Benjamin Franklin University Hospital in Berlin, police said. After the attack he committed suicide. 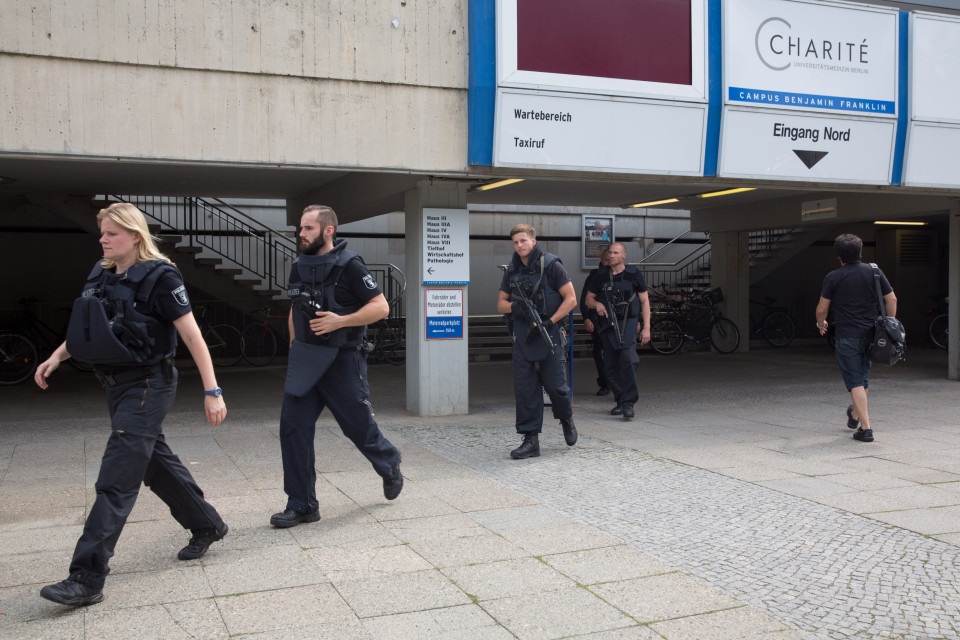 A doctor in the Benjamin Franklin University Hospital in Berlin was shot dead by a patient, who committed suicide after the attack, German police reported on Tuesday.

Police have arrived at the scene. The incident took place in Berlin’s Steglitz district at around 11:00 GMT.

“The doctor in Steglitz has unfortunately passed away,” the police said on Twitter.

Earlier, German police said that the doctor was in intensive care after the shooting.

“A patient fired at a doctor in the Benjamin Franklin University Hospital in Steglitz and later committed suicide. The doctor sustained a life-threatening injury and is currently in intensive care,” the police said on Twitter.

“I stood in front of the main entrance, when suddenly a lot of police approached. Heavily armed officers have secured all entrances,” a witness told Der Tagesspiegel.

The police asked the hospital staff to stay in their rooms and lock the doors. Around 20 police, rescue and firefighter vehicles have arrived at the scene and cordoned off the place.

“The site at the Campus Benjamin Franklin in Steglitz is under control. Our colleagues are on the scene. There is no danger,” Berlin police said.

A string of attacks have made Germany to be on high alert.

A bomb was detonated on July 24 in the Bavarian city of Ansbach by a Syrian national whose asylum application had been turned down and who was to be deported to Bulgaria after living in Germany for a year. The attack killed the bomber and wounded 15 bystanders.

The same day, a woman was killed with a machete by another Syrian refugee in the southern city of Reutlingen, near Stuttgart.

On July 18, a 17-year-old migrant went on the rampage on a train in the southern state of Bavaria and wounded five people with an axe and a knife before to be shot dead.

Already after this first attack on the train, the German Interior Minister, Thomas de Maiziere, said that Germans should be ready for attacks by small groups or radicalized ‘lone-wolf’ attackers.

This is not a religious problem. These are racial problems. They have been going on since before Muslims even came into existence. Before they were Muslims, they were Polytheist, and they were still ethnically cleansed both Blacks and Whites even thousands of years ago. At least I have the balls to say the obvious truth, unlike cuckolds who live on their knees while denying the truth as their Zionist-masters command they do.

Here is the truth of 2,000 years of slavery. Whites were enslaved and treated worse then animals were. And it takes a Real Anti-Racist like me to even bring it up! Only cucks are helpless to mention these very well known historical truths.