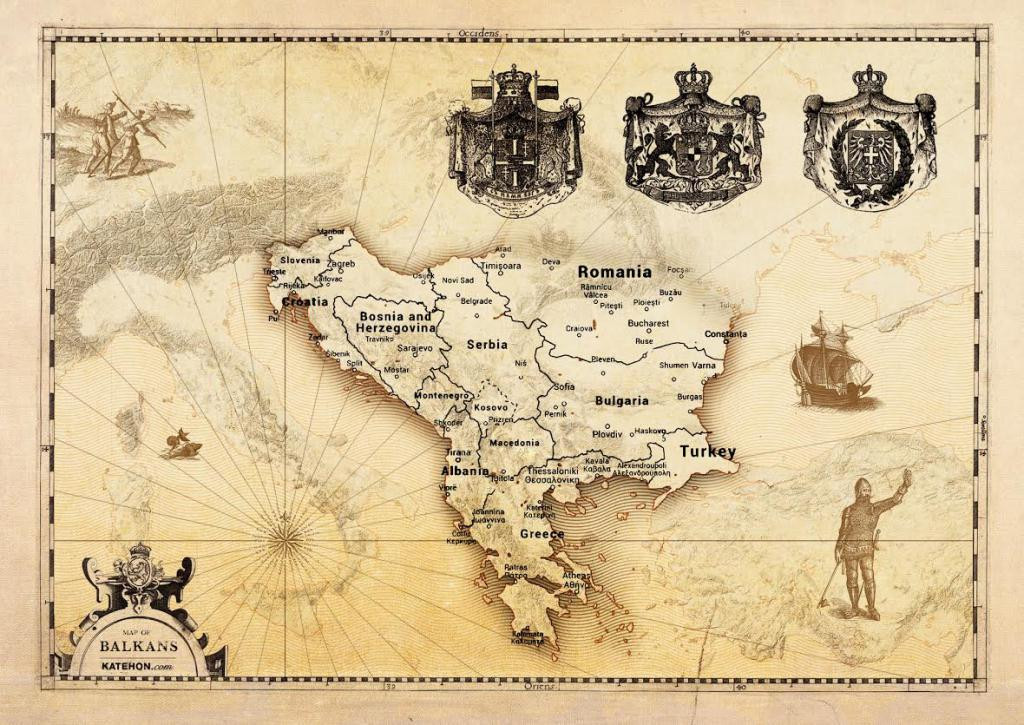 Signing of IPAP agreement with NATO (Individual Partnership Action Plans) by the Serbian Minister of Foreign Affairs in March 2015 was followed by a series of public protests in the country. This was not pleasing Serbian authorities. That is why the ratification of the agreement was postponed. Then, after nearly a year, the agreement was ratified on February 12, almost in secret, without the real debate in the National Parliament and with only one vote against. It was like an official burial of an unidentified person. Everyone wanted to finish the dirty job as soon as possible. The curiosity is that the state television (Radio televizija Srbije) did not report about this activity of the Parliament. Neither on 12th nor on 13th of February. No report, no comment, no short news that Serbia has ratified an important agreement with NATO. All this shows just how much the clients of the West are concerned.

On the one hand, the NATO has completed an important work. From now on, thanks to the IPAP agreement, Serbia will be obliged to provide the right of unrestricted movement of NATO troops on the state territory guaranteeing them immunity, so that they are exempt from misconduct and criminal acts; they will not pay taxes, tolls, customs, rent, airport taxes and other charges. The most controversial article of the Agreement is that NATO will be given access to all public and private facilities they require. Of course, there is always the possibility that Serbia will not give a positive response to these kinds of NATO requests, but that, in these circumstances, is only theoretical possibility. The political class that was formed in Serbia, which unquestioningly adopted such an agreement, is not able to dictate terms over its implementation.

Why is Serbia important to NATO? First, it is an important corridor to the Black Sea basin and The Near East. For the US it is much easier to carry out future military operations in Syria and Ukraine, if their forces can freely cross the territory of Serbia, or to fly over its airspace. Having this context in mind it is much easier to understand the US initiative to build a highway that would connect Niš (Central Serbia), Priština (Kosovo) and Durrës (Albania).

Although this corridor has no traffic or economic significance, the Americans insist on it because of its military significance. With that highway they will be able for quickly transfer land forces and armored and mechanized troops from the Adriatic coast (port of Durrës in Albania), through Niš to the Black Sea coast (the ports of Varna and Burgas in Bulgaria). From the Adriatic to the Black Sea their tanks will need only 12 hours.

Secondly, pulling Serbia into such arrangements, NATO legitimizes aggression against Yugoslavia in 1999. It is a matter of historical character and the United States have been working on this for the last 17 years. NATO has requested from Serbia to become a member of this organization and so finally capitulate. Of course, the capitulation also means acceptances of: “the state of Kosovo”; change in the internal structure of Bosnia and Herzegovina (without the Serbian entity); withdrawal of Serbian shares in Montenegro and Macedonia (which in certain historical moments grow to incredible heights).

Therefore, legitimization of NATO aggression in 1999 is not important only because of historical justification, but also because of reaching concrete geopolitical goals for the atlantistic thallasocracy in Southeast Europe. Why do Serbian authorities agree to this? In Serbia, as well as in most European countries there is no political elite. There is the political class. Just as there is political class in Ukraine which accepts everything that West requires, even when it is contrary to the interests of Ukraine. The formation of the political class is a long lasting process that goes back over last two decades and involves intelligence activities, political pressures, soft power and various other things. Just like every other class, political class also does everything in its power to keep its position. Therefore, they will agree on everything, even if it’s against Serbian interests. Therefore, the IPAP agreement speaks about necessity of “acceleration of the ownership transformation” and “protection of human rights”. The first one meaning the intention to accelerate the privatization of “Telekom Serbia” and “Electric Power Industry of Serbia”. The second one hides tendency to legalize homosexual marriage and other things in this package concerning the LGBT community. What does NATO have to do with privatization? What does NATO have to do with the gay-parade? Simply, the political class now is such that they are willing to accept everything, making it possible to put this kind of things into a military agreement. Unbelievable, but true.

However, NATO continues to be concerned about Serbia. More than 80% of Serbian citizens are against membership in NATO. Not only that, but the public is very easy to motivate on the anti-NATO action. There were countless examples of this. This is the reason why the ratification of the agreement has been hidden from the public and why no governmental or Western media spoke about this.

To conclude: Serbia has taken an important step towards NATO. The ratification of the agreement gives great opportunities for NATO to reinforce its presence in the Balkans. However, due to the mood of the nation, it will not be easy or simple for Serbian government to fulfill NATO demands. Finally, in last couple days public pressure has started. The new idea is that Serbia must sign a similar agreement with Russia. Formally, Serbia is a militarily neutral country and if it wants to secure that status, after this arrangement with NATO, similar agreement should be signed with other parties in order to preserve neutrality. Will it happen? The political class will have an interest to agree to something like that only if it is pressured. Therefore, the pressure should be increased.

And it should be organized so that it reaches its peak when the first big NATO convoy goes though territory of Serbia.

It’s an accurate picture about the happenings in Serbia. Serbian corrupted political elite makes one concession to NATO occupying forces after another to stay in power. The actual Serbian political establishment seems to have committed the greatest treason in more than a thousand long history of Serbs on Balkan peninsula. Therefore, chances for a fratricide to break up in Serbia has become high since for majority of Serbs joining NATO would be a betrayal of Russian brothers. Also, the ratification also makes something else crystal clear: ‘The aim of NATO alliance is the subjugation and the fragmentation of Russia.’ The point to discuss is only NATO’s time schedule. Russian must get aware of the impending mortal danger and stay alert since the calamity greater than the one started on the 22 of Jun 1941 is knocking on Russian’s door.

I blame this on Russia and Putin. Everyone knows that 85% of Serbs support Putin and Russia, but our politicians and I mean all politicians are totally corrupt and bought by the West. There is absolutely no opposition, and Russia has not created one either.The people in Serbia at the moment is powerless, and no will to fight. The last 15 years of war, bombings and sanctions have destroyed their will. Anyone who may have fled the country and the rest are struggling day by day to survive. If Russia wants Serbia remain on their side, they must begin to develop a candidate who is on the Russian side and support him with money, protection and more money. It’s the only way.

Very true Burrito. It’s very true. After 25 years of struggle for freedom with (by large and far) superior enemy Serbs lost zeal to fight. I hope that the struggle of Serbian people gave Russians enough time to recuperate and protect themselves. Serbs did what they could. Now, the ball is in Russian backyard.

Similar agreement was signed in 25.03.1941 and we know how that ended there is no doubt in my mind that this one will end in the similar fashion…

Serbia has tied its fate to the EU and US that are sinking into a debt super cycle collapse near the end of a five hundred year cycle of history, a cycle of Western dominance that is ending.

It was probably too much to hope that a landlocked Serbia surrounded by EU member states would turn to the multifarious coalescing rising East.

You think we would let NATO tanks cross our territory to attack Russia??? I don’t think so!