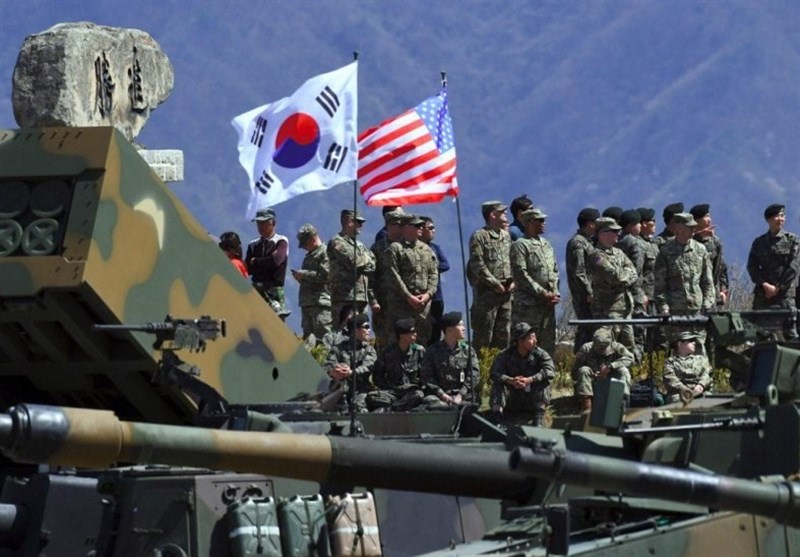 On December 18th, the US and South Korea failed to agree on Seoul’s financial contribution to keep the approximately 28,500 US troops in the country.

This is the last meeting between the two sides in 2019, but there may be a repeat of last year’s situation.

Seoul and Washington failed to agree by year’s end, and then reached a retroactive deal in 2019. South Korea eventually agreed to pay $925 million — an 8% increase from 2018, and was concluded in February 2019.

The two sides are expected to meet in Washington in January 2020.

US President Donald Trump accused South Korea of being a rich nation attempting to profit from the US military, stationed in the country as a legacy of the 1950-53 Korean war and as a result of alleged threats by North Korea.

According to a newly published book by Guy Snodgrass, former chief speechwriter and communications director to former US Defense Secretary James Mattis, Trump told his national security team in 2018 that it would be an “okay deal” if South Korea paid $60 billion a year. South Korea’s entire military budget in 2018 was $43 billion.

South Korean lawmakers have said Washington is seeking up to $5 billion a year to support the troops – more than five times the amount Seoul agreed to pay this year.

After the failed meeting on December 18th, US Chief Negotiator James DeHart said that “($5 billion) is not a number we are currently focused on in the negotiations … when we reach an agreement, we will be in a position to explain that number and how we got there.”

DeHart also said that South Korean weapons purchases from the U.S. are an “important consideration” for the talks.

This is another example of the crisis in which US foreign diplomacy is and that unilateral actions are no long applicable.

It is notable, that the timing of this failure to negotiate terms with an ally coincides with the apparent failure to provide any concessions to Washington’s adversary on the Korean peninsula.

North Korean leader Kim Jong-Un gave the US until the end of the year to provide some concessions from the sanction regime, in order for work on denuclearization to continue. In recent weeks, however, Pyongyang has said that denuclearization is no longer on the table due to Washington undertaking no steps whatsoever to facilitate the situation.

Part of the antagonism North Korea shows in testing various missiles and missile launchers is also exacerbated by the continuous US and South Korean military drills and announcements of various deployments.

Thus, if Seoul and Washington fail to reach an agreement, and the US troops are pulled out, this could actually lead to a quicker settlement of the issues on the Korean peninsula.

“…Thus, if Seoul and Washington fail to reach an agreement, and the US troops are pulled out…”

US occupation troops leave our vassal state of South Korea? FFS… Not in MY lifetime. The US ran out of reasons for being there about four decades ago. Today, it’s all about US psychopaths obsession with control and total dominance. We’re there because we need a weaker enemy to taunt and bully. It makes us feel superior to everyone else and, I guess, makes up for our treasonous Pentagon leaders’ small penises… somehow.

why cant they just tell US to get the fuck out?