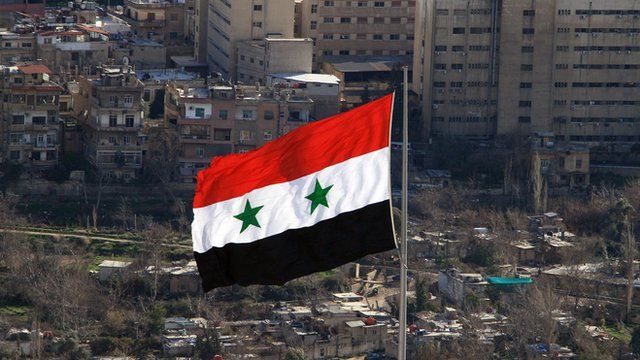 The Lebanese newspaper said that al-Shamsi informed the Syrian side during the meeting that the UAE is “excited” to restore its diplomatic relations with the Damascus government. However, this may happen indirectly through the UAE’s embassy in Lebanon at the beginning.

The two sides also discussed the “security issue,” according to al-Akhbar, which pointed out that the sides would only cooperate on such issues if the diplomatic relations are restored.

In Augusts, the Syrian Arab Army (SAA) deployed hundreds of former Free Syrian Army (FSA) fighters, who, according to reprots, were formerly backed by the UAE, on the front line against Hayat Tahrir al-Sham and its allies in the northern governorate of Idlib.

Furthermore, Syrian opposition activists leaked an audio message of Firas Tlass, a UAE-based Syrian businessman and an opposition figure, in which he threatens the remaining militants in northwestern Syria with an “invasion” if they don’t join the reconciliation process.

These development suggests that the Syrian-Emirati relations will witness a significant improvement in the foreseeable future, especially that both countries view al-Qaeda and the Muslim Brotherhood party as their main enemies.

He should have been arrested and thrown in prison. I can only hope syrian leaders are not dumb enough to trust him.

The Arab world is realizing their mistakes and recognizing the Syrian government, which is good. However, I would keep these Arab nations at an arms length. No telling what is up their sleeves.

“No telling what is up their sleeves”

the UAE is “excited” to restore its diplomatic relations with the Damascus government ———————- Did you think to discuss this writing on the wall moment with you main backers – you know – the one with the mightiest military machine this world has ever seen and the Nutcase in Tel Aviv?

They should have eliminated the UAE POS.

The UAE should see that the Shia is her main enemy. This is upgrading relationship is only for business

Shia is no one’s enemy. Stop creating this fake monster, enough with you zionist shill.

How do you feel about yourself? Making a living for an evil intel company? Your just a little piglet at the huge trough though.

Your views disgust me sir.