According to local sources, two gunmen riding a motorcycle opened fire at the Syrian general as he was passing on a road between the towns of Buser al Harir and Nahtah in the eastern Daraa countryside, killing him on the spot.

Brig. Gen. al-Qasim, originally from the town of Hrisun in the Tartus countryside, held a command position in the SAA’s 5th Division. This was not the only attack on Syrian service members in Daraa. Unidentified gunmen shot and killed two soldiers of the army’s elite 4th Division, Muhammad Faris Asfoura and Imad al-Din Ismail, near the town of Nahj in the western Daraa countryside in the morning.

No group has claimed responsibility for these attacks, so far. Nevertheless, ISIS remains a main suspect. The terrorist group’s cells are very active in Daraa.

The assassination of Brig. Gen. al-Qasim and the attack on the 4th Division’s soldiers highlight the state of lawlessness in Daraa. Government forces and local fighters are yet to agree on a mechanism to restate security and fight terrorism in the governorate.

IsraHell and American cunts behind all this !
Will anybody start to systematically attack AmeriCunt’s with IED’s and rockets like they do in Iraq?!
Or they sit and wait till miracle happens?

It was just a pet. Assad is commander of the Russian army.

Thats the point,they should be attacking the bastards every day.

Conspiracy theory:Bust statue behind General Talal al-Qasim is Donald Trump and this explains everything,he was traitor.

The [Western + Israhell] nations that say they fight terrorism are the ones that control it, like the DEA that instead of fighting drug trafficking promotes and governs it, likewise the nations that verbally defend democracy support and have always supported coups in Latin America, a long list here, yet there are still those who continue to take the bait.

I found Your perspective 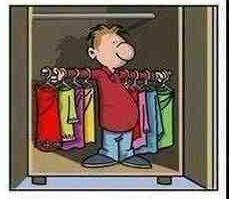 Its time for international law! For every Partizan terror kill you round up 10 former Rebels and bang bang! They have been given mercy once! No third chances!

Syria and Russia probatly would be almost unpopulated and Trump and we cpuld send bacl all the muslims, which now are here for You as a good reason.

Maybee some cactus and mexicans can make a change too. Teqila is not as bad if You are often ill. You even can die with a smile:)

RIP General.
You will be avanged.
Never forget, never forgive…

But when will they be avenged?

Airstrikes are ongoing…
Another big SAA offensive is gearing up in Idlib.

Time to bring out the FOABs.
Glassparklot that fuckin desert.

it is the work of Mossad and FSA. they want to weaken the SAA in Daraa and take control. SAA has to start sweeing operation ASAP. and get rid of all FSA even those who reconcile with them send them to idlib or Syrian desert in homs.

Sounds like Mossad if is truth or if is fake.

And Allah is from Alabama too.

We know who is responsible and its not a bunch of bearded wildmen in the desert,its people with realtime intel on the Generals movements just like all the other killings

Like I mentioned in another article, this war sure has a lot of high ranking casualties, except on the ZioAmerican / Israhelli side. I wager if two US / Israhelli generals had ” hear attacks ” for every Syrian, Russia, and Iranian high level office, these mysterious deaths would stop immediately. However, that would take a forceful initiative which Iran, Syria, Russia, and China seem to lack.

No respect for the brave whom defended his land,proves you are a cia coward true and through:

He will rest in the Hall of Heroes.
You and your cockroach pals in the idf will burn in sheol for all time.

The so called 5th corps were a Russian creation of former (Wahabis rebel members) Jaish al Islam, Rahman corps etc.
The idea was to convince Israel that the so called Iranian backed forces are not close to the border areas, so therefore the army in Deraa are the same former rebels who got no problem with Israel whatsoever.

But the 4th Division (the Republican Guards) who is the defacto protector of Damascus, headed by Maher Assad is in disagreement with that idea….
And has set up lots of checkpoints in Deraa against Russian advise…
And that is why there are problems in Deraa.