The Ministry of Foreign Affairs of Russia said in an official statement that the delegation and Bin Salman discussed several issues during the meeting, mainly the situation in war-torn Syria.

“Special attention was paid to ensuring a long-term political settlement in Syria based on the U.N. Security Council resolution 2254 and providing necessary aid to help rebuild the country after the conflict,” the ministry’s statement reads.

Under the rule of King Salman bin Abdulaziz Al Saud, Saudi Arabia strengthened its relations with Russia and adopted a more moderate stand on the ongoing conflict in Syria. The oil-rich kingdom reportedly suspended its support for Syrian militants few years ago.

Despite this development, Saudi Arabia is still anxious to restore its relations with Damascus, unlike its key regional ally, the UAE, who did so in late 2018. Local observers believe that pressure from the U.S. is preventing the Kingdom from taking additional positive steps on Syria.

Meanwhile, Russia probably believes that Saudi Arabia could be a part of a long-awaited political solution in Syria. The kingdom’s vast wealth and its relations with Arab tribes in Syria could help to reconstruct the country, materially and socially.

Americans left out of the loop, again.

It will be far cheaper/more profitable for the Saudis to ease strained relations with Iran (with Russian help) than continually cede more power and money to the US and ZATO for protection extortion and Israeli interests. The US chest-puffing oil sanctions on Iran are a colossal failure so far, and have failed to return oil prices to the $100/bbl the Saudis wanted.

In other words, the US is becoming increasingly worthless and expensive in the eyes of Saudi leaders. Apparently, they’re kind of slow learners. 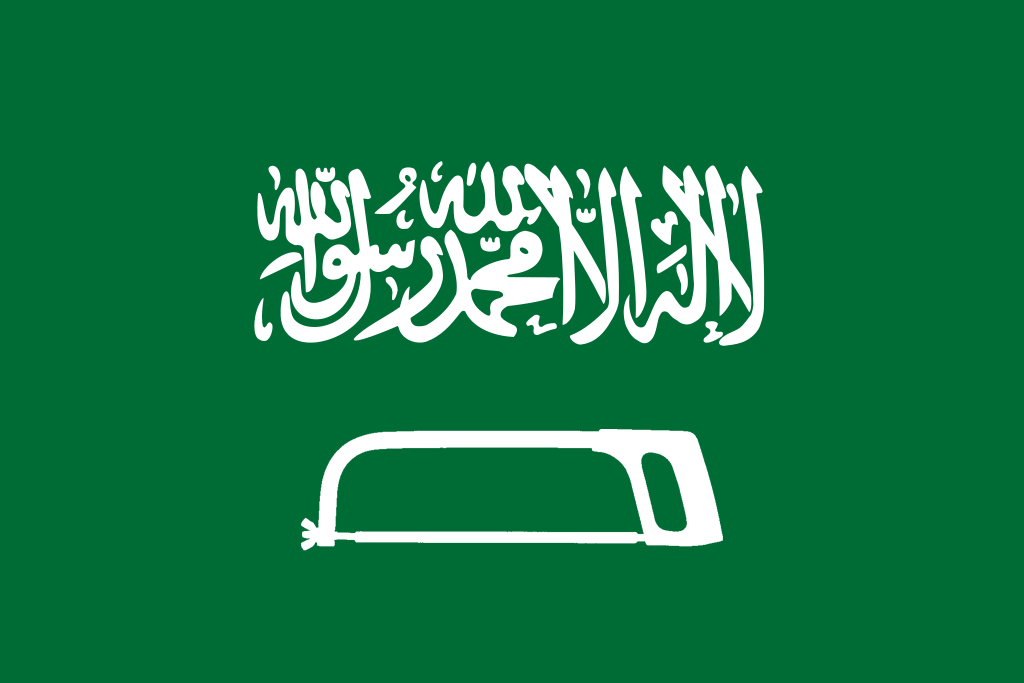 Just Dissolve them in Acid….

Why didn’t he order this bloody earthly king to stop oppressing Saudi women with Male guardianship terrorism.Women are precious human being which God the creator want the men to respect and protect and love not abuse and rape.He must abolish that nonsense male guardianship women bully law.He must release all lockup women and allow Ladies to choose wither their want to worship or not.Force none existant allah religion must not be impose on people. Believe and pray is a choice in Front of God.Stop beating women and stop killing women God is not happy with that men made religion doctrine.Free women!!!

“Free women!!!”
The Kurd’s leader Ocalan was teaching that. So he was hunted down by an international conspiracy and placed in solitary confinement in Turkey, and nobody can even see him. Apparently they think this man has dangerous ideas!

Yes it’s all sounds nice but some of you should checkout what the U.N. Security Council resolution 2254 does actually stipulate, read the whole document completely.
The sovereign integrity of Syria, continuation of government institutions, security measures, and nearly everything else in resolution 2254 is just what Syria needs, but there’s just one small part of it I don’t like, and that’s the part about the so called democratic elections that ‘must’ be held within 6 months of the ending of hostilities, that only sounds like a good idea, but you should read the article more closely and you might think otherwise.
In 2014 Syria held free and fair elections with no problems, all religious denominations were fairly represented and won seats accordingly, women were also elected in unprecedented numbers even in the majority Sunni Muslim areas, [I’ll bet no women in rebel held Idlib hold positions of authority and never would], and even the international monitoring group said they didn’t doubt the validity of the official electoral outcomes, but any election held after resolution 2254 comes into effect won’t be free and fair, it will be the complete opposite.
Since the uprising in Syria started, billions of dollars have been spent on militant opposition groups opposed to Assad, after resolution 2254, that money will go to political opposition groups, maybe not the billions that were spent on the military groups, but more than enough to ensure Assad will never be elected again.
The US whines about a few Russians hacking their secure systems and releasing damaging info to the public, and then claims Russia’s interfering with their free and fair election process, but we only have to look at what they’ve been doing to countries like Venezuela since the end of WW2, that should give us some idea how the US and others will act after the resolution comes into effect, Assad won’t have a hope.
The Saudis are there on behalf of the Arab League, and what they’re discussing is this, how the hell can they get the Turks out of Syria, that way they can get the Iranians to pull out as well, and hopefully the whining Israelis will finally stop complaining, that’s what the Saudis were discussing with the Russians.