Senator John McCain has accused Rand Paul of “working for Vladimir Putin,” as the latter blocked NATO accession for Montenegro. 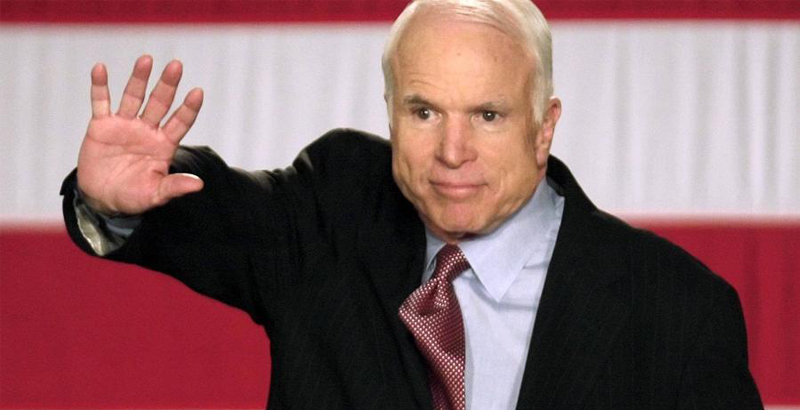 Senator from Arizona, John McCain, accused Senator from Kentucky, Rand Paul, of “working for Vladimir Putin.” The statement was made after Paul blocked NATO accession for Montenegro.

“I note the senator from Kentucky leaving the floor without justification or any rationale for the action he has just taken. That is really remarkable, that a senator blocking a treaty that is supported by the overwhelming number, perhaps 98 – at least – of his colleagues would come to the floor and object and walk away,” McCain said after Paul opposed to approve NATO membership for Montenegro, proposed by McCain’s bill, and left the room.

“The only conclusion you can draw when he walks away is he has no justification for his objection to having a small nation be part of NATO that is under assault from the Russians. So I repeat again, the senator from Kentucky is now working for Vladimir Putin.”

The small Balkan country, whose army consists of about 1,950 active duty military, would bring absolutely nothing to the NATO alliance. However, those who voted for Montenegro’s NATO membership, including McCain, view the move as another possible ‘black eye’ for Russia, which have been historically close to Montenegro.

As some experts noted, McCain apparently believes that the fact that another Senator is not on the same page with him is enough to accuse him of disloyalty and allegiance to a foreign power. Or maybe to yell “Russia” is another new strategy, used by clueless politicians, when they can’t win an argument.

McCain is an out and out warmonger of the very first rank. I don’t believe a single word he says as the hideen agenda’s are endless.

McCain’s senility, predictably, is getting worse every year.

The neocons are using McCain for their ongoing anti Russia propaganda. McCain is one of their few tools still barking without much credibility. The anti Russia momentum is dying out slowly.

McCain is working for Benjamin Netanyahu and Mossad to undermine the safety of the American and Iranian and Syrian peoples. https://www.youtube.com/watch?v=8OYU0raRvJA

Same scenario like in the Latin America & MI, support the local dictator who is in power due to CIA help in various suspicious elections during last 25 years (even Belarus president Lukashenko has been in power shorter than Djukanovic) for what ever the cost (but not considering the reputation of the US). It is like mafia on international scale, so Senator Rand Paul is the Eliot Ness of the World…

What Sen McCain believes is totally irrelevant. He is one of the main persons to organize the USA collaboration with ISIS and its support, until now.

Why are we still seeing that mad man?