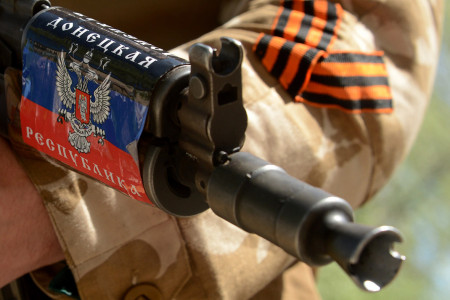 As the violence once again escalates in Ukraine and the Kiev side continually destroy hopes of a ceasefire, the “Dialogue of nations: the right to self-determination and the construction of a multipolar world” conference took place at the President Hotel in downtown Moscow today. (The following is an account of events based on the reporting of The Guardian, abridged by Nenada) 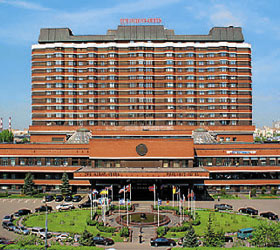 Several representatives bravely spoke on behalf of the Donetsk and Luhansk People’s Republics. This is against the backdrop of escalating violence today and a death toll of more than 6,500 since the start of the conflict.

Participants were eager to attend in order to defend their cause, and the conference organisers authorised airfare and accommodation for delegates. State Civic Chamber Member Georgy Fyodorov was present and argued that: “America is an instrument, a huge hooligan or policeman that along with England is executing the will of global mega-corporations.”

Ionov went on to argue that terrorists fighting in the Russian Federation were not anti-colonial separatists like those at the conference, and that the Russian government had to be able to defend itself from opposition groups funded by Western organisations. Several Russian NGOs who received international grants have been forced to close under a 2012 law regulating `foreign agents’.

Irish participants at the conference told the Guardian that they had no Kremlin links and were simply taking an opportunity to promote their cause. Sinn Féin member Diarmaid Mac Dubhghlais compared the eastern Ukraine conflict to the “Ireland of years ago,” arguing that the pro-Russian rebels were fighting a “fascist government” in Kiev.

The North American groups at the conference focused on their struggle against the poverty and environmental destruction they said was caused by US colonisation. While Ramón Nenadich of the Puerto Rican group Borinken and Lanny Sinkin, a representative of the self-declared King Silva of Hawaii, said their struggle was non-violent, Omali Yeshitela of the Uhuru Movement said American imperialism could not be overcome by peaceful means.

“We call on you to recognise the right of African people to engage in armed defence against American colonialism, and we would like to express our profound appreciation to the Anti-Globalisation movement of Russia,” he told attendees.