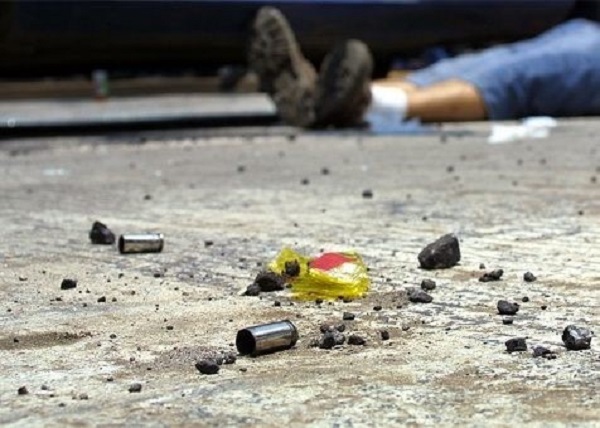 The successive waves of selective assassinations continue unabated in Colombia. Saul Rojas, a member of a local community council in the province of Huila, was murdered on Monday night, the fourth social leader to be murdered in the province this year. The assassins shot him while he was on his property and fled on motorcycle. Two demobilized and disarmed FARC members who were participating in the transition to civilian life in accordance with the Peace Accord signed with the Colombian government in 2016 have also been murdered in Huila this year. On Sunday 24 May in the neighbouring province of Tolima, the son of a demobilized FARC combatant was shot dead.

According to the program Somos Defensores, 124 social leaders were assassinated during 2019. So far in 2020, there are already more than 100 community leaders who have been violently killed, according to statistics from the Institute for Development and Peace Studies (Indepaz).

The assassinations come less than two weeks after the Colombian government put a definitive end to the already troubled peace dialogues with the ELN (Ejército de Liberación Nacional – National Liberation Army), launching a major military operation against an ELN encampment located in the province of Bolivar (in the north of the country) that killed two senior commanders and at least three others.

Negotiations commenced in Ecuador in 2017 after a preliminary agreement was reached, and several cycles of dialogues were advanced between the Government of Juan Manuel Santos and the guerrilla group of the ELN. As a result several unilateral ceasefires were declared by the ELN and a series of regional roundtables were created whose purpose was to provide input for the development of protocols for participation by representatives of Colombian society.

The dialogues failed to make substantial progress and eventually stalled, though neither party declared an intention to abandon the dialogue completely.  This began to change when Iván Duque assumed power in 2018, the new administration deciding not to reactivate the dialogues.

The latest attacks occur against a backdrop of ongoing assassinations of Indigenous, rural and other community leaders, as well as of demobilized FARC members who have abided by all terms of the peace accord only to be hunted down once they demobilized, surrendered their weapons and registered in the transition zones.

The frequency and systematic nature of the assassinations was confirmed by a report released several weeks ago by Coordinación Colombia, Europa, Estados Unidos, an umbrella group for NGOs and other civil society organizations from Colombia, Europe and the US. (The report is available here)

“It is of great concern for this platform, that despite the early warning alerts issued by the United Nations, as well as by the Church organizations, about continued human rights violations, and the reports of confinements, restrictions on the mobility of the communities and displacements, in Carmen del Darién, Alto Baudas, Southern Córdoba, Bajo Cauca, Roberto Payán and Tumaco due to confrontations between illegal armed groups and their terrorization campaigns against local communities, it is surprising that: ‘the authorities always seem to be the last to know, in spite of the gigantic apparatus and budget destined for military intelligence, and their only response is to declare that they will visit the area to verify the complaints.’”

Now these afflictions and abuses have been compounded by additional scandals, such as the latest series of ‘chuzadas’ (espionage) that the highest military commanders have deployed against the Supreme Court, journalists and opposition political leaders. (See for example: “Chuzadas sin cuartel”)

The criminal conduct and lawlessness of the activities carried out by the military reached such a level of flagrancy that an Uribe-associated magistrate of the Supreme Court (a former military officer who was initially appointed to direct the investigation into allegations concerning one of Uribe’s criminal activities, before she was obliged to reclude herself from the case) took it upon herself to lead a raid on the Facatativá military base in Cundinamarca on the 18th of December, where she found that she was one of the people they were spying on.

It appears that each time an illegal spying operations conducted by elements of the ‘Public Security Forces’ – and military intelligence units in particular, often in collaboration with US and private sector facilitators – is discovered, they simply close it down and reactivate the programs at another ‘top secret’ location.

Several times this year there have been new revelations by press outlets about ongoing illegal military espionage operations, whose targets have included journalists who have filed adverse reports about the military, at least two members of the Supreme Court (including the magistrate responsible for conducting the preliminary investigation against former president and now senator Alvaro Uribe), and a senior presidential adviser.

Many civil society organizations suspect that one of the objectives of the series of illegal intercepts is to defend its top leader Senator Uribe and prevent him spending a long period in prison as he faces a long series of charges and investigations by the Supreme Court and congressional committees. They also fear that the information intercepted, which often includes personal details of the victims such as their daily routines as well as those of their families in some instances, will continue to be protected from disclosure to the public even as it continues to be passed on to the ‘dark forces’ behind the assassinations in order to maintain the systematic sequence of murders and the psychological and in many cases physical extermination of social leaders, their social movements and community organizations, and all those who oppose the ruling elites.

It has been proven on many occasions, including by the research of a group of investigators from the Javeriana University earlier this year, that paramilitarism has been protected and supported not only by the State and its institutions, but by the most powerful national and foreign corporations and businessmen. The members of the research group ‘State, conflicts and peace’ of the Faculty of Political Science and International Relations of the Javeriana University, shook Colombian society with a long list of very well-recognized and powerful people and companies – among which Ecopetrol, Postobón, Argos, Chiquita Brands, Banadex, and Fedegan (the national association for cattle ranchers) stand out, among many others – which have been mentioned in the ‘justice and peace’ transitional justice sentences (pursuant to the Agreement with the paramilitaries in 2005) as alleged collaborators of paramilitary groups, responsible for assassinating trade union, social, environmental, community leaders, among many others.

The year 2020 started in an especially brutal way and in less than 11 days 18 social leaders had been killed, four of them women, one of them an ex-combatant and a signatory of the peace agreement between the FARC and the Colombian State. Five of the people killed were members of the social and political movement Marcha Patriótica, a particularly important social expression and manifestation in the territories that have been suffering a real genocide. Between 8 September 2011 and 11 January 2020, 222 comrades of the Marcha Patriótica have been assassinated, 43 of them during the Duque government period, and 52 of the murders occurred after the IACHR granted precautionary measures to this allied political movement.

As I wrote a few days ago, anything the dumbass Americunt morons touch turns into shit. They have been cultivating a murderous narco-terrorist state in failed Colombia and using it as base to destabilize Venezuela, but now the progressive groups have had enough and picked up guns again as the Americunts and CIA undermined the peace process as peaceful democratic inclusive and pluralistic Colombia would be free of US and Zionist control like Venezuela, Nicaragua and Cuba..

Colombia should ask for the help of Ortega and Maduro. These things do not go on in their respective countries, contrary to what the propaganda says. Everything the US touches turns to sh*t. You’d think people would run the opposite direction when they see uncle sam coming, but I suppose many only care how much silver the US will pay them and to hell with everyone else.