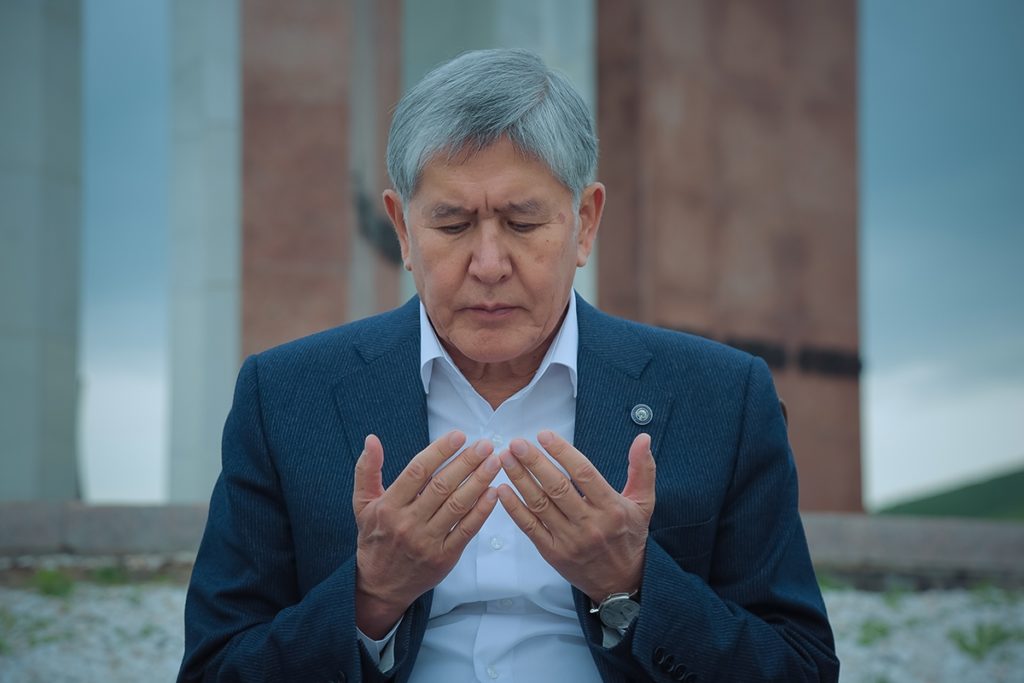 Kyrgyzstan’s State Committee for National Security said on October 10 that former President Almazbek Atambayev, who was freed from prison by supporters earlier this week, has been rearrested by security forces.

Kyrgyzstan is an independent state (a former Soviet republic) in the Central Asia. It borders with Kazakhstan to the north, Uzbekistan to the west and southwest, Tajikistan to the southwest and China to the east. The country’s capital and largest city is Bishkek.

The  statement said that Atambayev, his aides Farid Niyazov, Damir Musakeyev, and bodyguard Kanat Sagynbaev were arrested on charges of organizing the ongoing anti-government demonstrations.

Security forces reportedly raided Atambayev’s house in the village of Koy-Tas, outside the capital Bishkek.

A day earlier, on October 9, the country’s acting President Sooronbay Jeenbekov declared a state of emergency in the country over mass protests that started following the October 4 parliamentary elections. The President instructed to create a commandant’s office and gave it the authority to impose a curfew, a ban on mass events and the establishment of special communication rules.

In his decree, the president also outlined the measures that the commandant’s office can introduce in Bishkek. Among them, he included:

The General Staff of the Armed Forces of Kyrgyzstan was instructed to introduce military formations with military equipment “to organize checkpoints, suppress armed clashes, ensure the protection of law and order and protect the civilian population.” Troops already were deployed in the capital and its countryside.

The crisis in Kyrgyzstan, triggered by social economic issues, has been developing amid an increasing standoff for power between the so-called “southern” and “northern” clans of the elites. MORE ABOUT HERE Local experts war that if the situation develops under the negative scenario, regional radical armed groups may try to exploit it in order to destabilize the situation and further.

The good, the bad, the ugly

seems like new elect got enough international support to counter-attack

US is playing these games against China.China too weak to go against uncle Sam.

No. Nothing to do with that. US can’t reach every country over the world.

could this become another belarus/maidan 2.0?

How about we divide the country to 12 countries for each tribe? Then everyone will be happy.

You dont have to comment my comment, but uniting into a country is possible by more sekulalrisme with respect for local traditions. A way to is to diviode the country into a upper part and a local part.

Denmark and many others has that. In Denmark we have local parlaments because they know were the local jobs and problems are. They also take in 50% of tax and because its own tax and own money, they spend it much better then the upper part.

We also are low in corruption by beter control by that. We also see that if something is terrible wrong in one local Region, the rest go on doing fine as usual.

People have for feedom to decide local things, BUT they also has to behave as responsible ones.

It also works for our “tribes” named Greenland and Faroe Island. They are their own and has no plans for more independensy. The respect for that is granted.