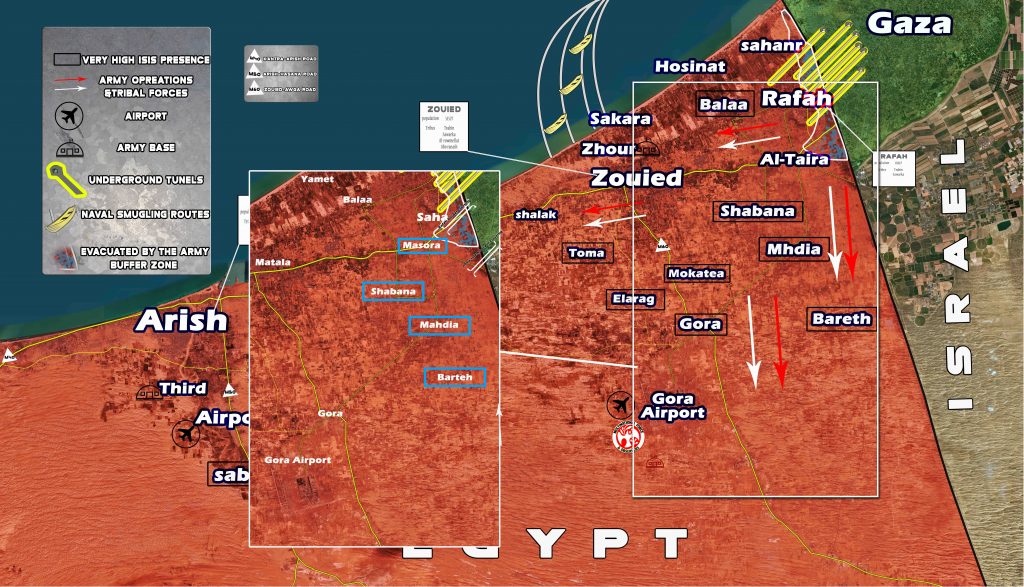 On August 24, Egyptian security forces killed 2 members of the Hasm Movement in the  Wayd al-Natron area in Bahariya.

According to reports, Police special forces carried out a raid in an apartment and killed the both militants after an exchange of fire. Security forces also discovered chemicals used for manufacturing improvised explosive devices. 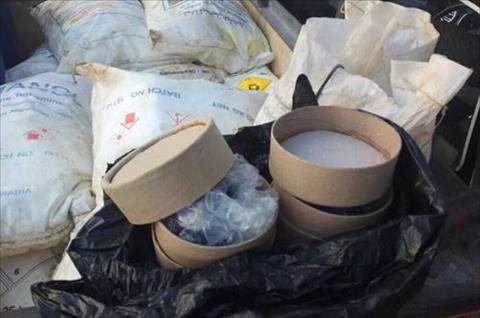 The Hasm Movement is an Islamist militant group operating in Egypt. It has links with the Muslim Brotherhood and is active in central Egypt and in the area of the Egyptian capital of Cairo. The group is responsible for many assaisation attempts.

On August 25, security forces continued its campaign against ISIS-linked militants south of Rafah city. Security forces raided the villages of Shabanna, Barteh, Masora and other points in the border area.

Egyptian forces killed 7 ISIS members including one of the ISIS commanders, Auda Hamdeen, and destroyed 7 vehicles and 13 motorcycles. They also discovered an ISIS field hospital, a media center and a tunnel near the border area. 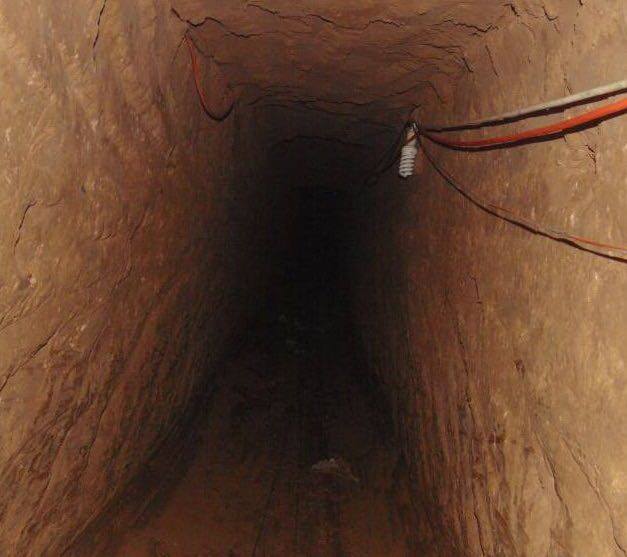 The aim of the ongoing operation is to boost security and to establish army check points alongside local routes used by ISIS militants. This should complicate militant operations in the area.

On August 27, 3 Egyptian soldiers were wounded as a result of sniper fire at at a check point near Masora.

How the fuck did they allow this to happened. There are some groups of guerillas driving around Sinai for two years now and they started to intervene few months ago. What the hell is wrong with these ppl… Same goes for Iraq. They are playing with pockets now, they didn’t take advantage of low Isis morale after Mosul fell; leaving Syria border so the mother fuckers to drive around and destroy check points because of it. What the hell are they playing? Now Lebanon let Isis indoctrinated fantastics to leave for deir ezzor country side with fucking green buses instead of jailing them. Really ?

As it is .. you can see how dangerous they are. SAA is spread out trough the desert and they are taking advantage of that focusing on concentrated attacks with group of 100 ppl in small check points. And now Lebanon mother fuckers releses 300 of those monkeys… I would fucking bind those mother fuckers together and blow them up… Now they are playing tourist – driving around Syria..

The US got mad because they were sending them to an area they have their eye on the border of Syria Abu Kamal , so the US bombed them. Thought it would be good tit for tat when the US let ISIS go to Aleppo , US is just a bunch of hypocrites.

Israel wanted ISIS having free rein in the region , why the Tunnels from the Israeli border are better built and wider. Smuggling tunnels like these are too small and can be spotted when in heavy use. Israel needs to send more ISIS members there but Syria is not cooperating with them and being nasty by killing most of them now.

They need to destabilize Egypt so they can take control of the Sinai region , under occupation of ISIS.

There is a limit on how many soldiers Egypt can have in the Sinai, it is part of an agreement when israel gave them Sinai back.