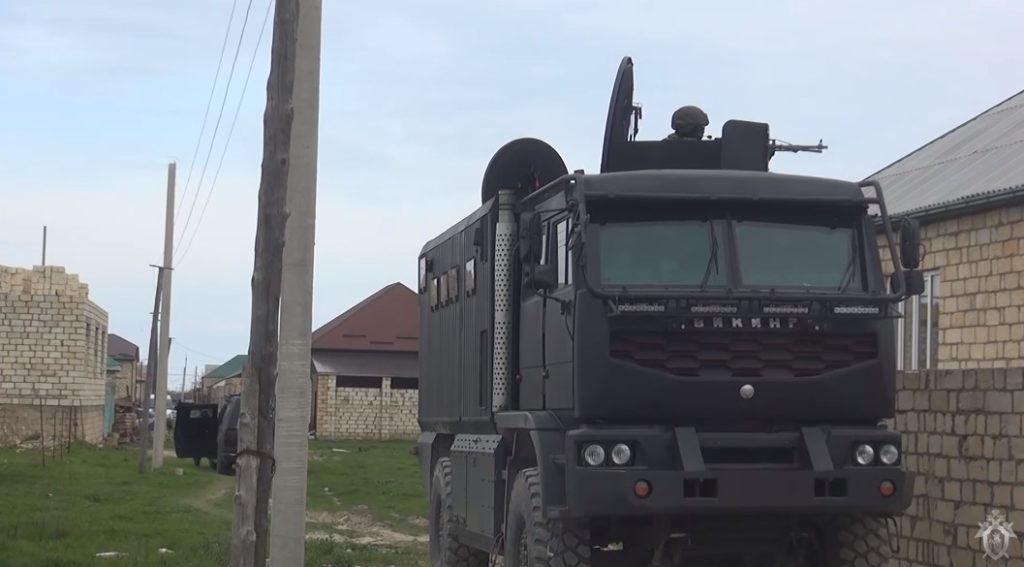 Two groups of militants were hiding in the town of Derbent when they were detected and neutralized by security forces. No casualties were reported among civilians or security troops.

Russia’s Federal Security Service (widely known as FSB) also announced that it had killed an ISIS militant in the Stavropol region. The ISIS member had planned an attack on government buildings in the region.

Dagestan… Chechnya… those were among the first CIA/Saudi Wahhabi expansion ‘projects’ back in the 80’s along with Pakistan/Afghanistan, right? A CIA cold-war project with the f’king Saudis that came back to bite the US in the ass. Too bad the Soviets didn’t just nuke Riyadh back then – it would have saved millions of lives.

Great to hear the FSB is keeping Russia safe from terrorism.

I wish Western Govts would put as much effort as the Russians do in regards to finding and stopping those that are out to kill us.But I guess that wouldn’t do as they need all the terrorist they can get to fight for them.

Western Governments and police are more concerned in combatting so called Hate Crimes against LGBT’s and jews etc.

Its a hate crime just to tell them you do not agree with what they do :)

The Palestinians are Semites, the vast majority of Jews are inbred European AshkeNAZI who go to fanatical extremes to try to prove Hebrew genetics somewhere in their lineage. In an effort to support their “god given” claim to Palestine. When most Mediterranean people have some east Mediterranean ancestry due to their geographical proximity. And most northern and eastern European AshkeNAZI Jews have a disproportionate southern European Mediterranean ancestry compared to their locations in Europe north of the European Mediterranean nations from the genetic studies that I’ve looked at.

Any objective genetic study of Hebrew tribe descendants is going to show that the Palestinians and their neighbors are far more Semitic and Hebrew in their blood lines than the AshkeNAZI and other Jews. 99% of Israelis are immigrants or descendants of immigrants to Palestine over the past 100 to 200 years. Almost all of it in the past 100 years. Judaism was almost extinct in Palestine when the first waves of Jewish immigrants arrived in Palestine in the 1800s.

The Jews have pulled a linguistic scam by substituting antisemitic for anti Judaic to try to cement their claimed “ancestral” right to the Palestinian’s land.

Operation Gladio…the Terrorists are our Own Governments….they Attack us…to get us cheering for their Wars against innocent people

The World Cup tornament in Russia this year sure is going to be interesting. Place bets now on how many attacks there will be

Methinks you may be being a little optimistic!

Oh…what are the odds..? I’m always a little optimistic..is a good habit I think….

Well they are not incompetent US FBI or Europol for that matter, as they have had many successful kills and captures of commanders of ISIS. Now you are being way too pessimistic in the face of reality.

Also reported that Solomon K. was arrested in Russia. And was sent to a work camp, where he ran into Dutchnational. :D