Syrian security forces have discovered a network of underground tunnels and fortifications in the town of Teir Maalah in the northern part of the province of Homs, according to the state-run Syrian Arab News Agency. The discovered network contained weapons and communication equipment, which had belonged to militants.

Militants operating in rural and urban areas actively use undeground tunnels to establish supply lines and to defend their depots and HQs from attacks by the Syrian Arab Army (SAA) and the Syrian Air Force. Especially wide underground network has been discovered in the Damascus region of Eastern Ghouta.

These tunnels often pose a security threat to locals and servicemen even in the liberated areas because they contain various weapons, IEDs and equipment abandonned by militants. Furthermore, cells of the terrorist group are capable of using these tunnels to prepare and carry out terrorist attacks.

So much money and labor to build those tunnels. Who sipplied it?

And that communications gear. What are its capabilities and what could be learned sbout it by Sigint units? The US general said it’s so hard to find ISIS troops in the east. Really? Is it not possible to map and track emitters?

We all realise that the US Coalition of Terror supplied cash and weapons etc to terrorists , however the fact that civilians ( men and women) were being blackmailed to dig tunnels etc for food supplied by various world humanitarian agencies is something that most of us here either realised or suspected.

The many terrorist storerooms full of aid packages consisting of food, medical supplies etc that were stolen from the civilians are proof of the blackmail.

One also has to ask how huge quantities of construction materials found their way to terrorist pockets. Particularly in Ghouta where structural steel of curved design was found to be supporting a very expansive tunnel complex UNDERNEATH the existing main Ghouta hospital . This steelwork was even primed in Red-Oxide protective paint :)

In my opinion it must also have been bought in by aid convoys.

Florian, do you notice current spike of those crazy rats that openly push their daesh propaganda over here? Hope that SF moderators will take care of this scum. What is interesting to notice is their perfect English.

Yes there has been a surge of terror propaganda in recent months but to some extent I think we need to see and be aware of it.

Terrorism is the modus operandi of the US and NATO vassal states these days and I would think that fluent multi lingual trolls are used on many nations online news sites now.

When the Terror Trolls become too irritating I just block them :)

I’ve read rumors of forced labor in addition to extortion and blackmail. It’s an inadequately explored aspect of this tunnel construction, as well as well of deaths supposedly caused by poison gas. I’ve read that before the 2013 “attack” in E. Ghouta and 2017 “attack” in Khan Sheikhoun there were kidnappings of civilians from nearby places, the implication being that the dead bodies were those of hostages killed by al-Nusra-name-of-the-month.

The sophistication and quality of the tunnel construction is indicative of a substantial investment of money to effect the victory of the headchoppers. Add this expense to the expense of ammo, medical care, weapons, food, transportation, and salary and you can readily see that this hasn’t been a “civil war” but a vast international enterprise to which the U.S. has contributed generously with advanced weapons and air support for ISIS. It’s disgusting.

Good idea about the use of aid convoys. I’ve only begun to look at the facts surrounding the attack on the Red Crescent convoy west of Aleppo in Sept. 2016 (?) but I wonder if the Red Crescent is as innocent as they like to make out. I dunno. Just a thought. SOMEbody was abusing the humanitarian aid network.

Yes, this is a story that the US/EU will seek to bury.

With regard to the ‘dead’ at Khan Sheikhoun, I read somewhere at the time that the dead were hostages abducted by terrorists from a Christian town taken a week or so prior to alleged gas attack and then murdered in a ‘Snuff Movie’ to depict a gas attack.

You are correct. There are no domestic steel mills in east ghouta.
Syria’s steel manufacturing is in hama, and latakkia. Those steel sheets in east ghouta tunnels were shipped to militants by foreign sponsors. Very easy to ship via humanitarian aid convoys.

Seems syrian domestic steel production ceased in 2012, as the war started. India is helping to restart the steel mill in hama.

LaFarge Concrete, thats why the French are back.
Not to forget that the Qatar PM stated in an interview that the US, Saudi and Qatar had spent 132 billion dollars attempting “regime change”.
I have no doubt that Daesh has tunnels under the river near Dier Ezzor.

Yes, you’re right. They cannot be back for any decent reason.

That’s an enormous amount of money. The US is, of course, complicit in all the suffering, death, and destruction. But we moan for ever about the “brutal dictator” Assad. It is to laugh.

Yes, it has to be considered the new normal of urban warfare: vast, modern tunnel networks.

I’m still dying to know more about SIGINT capabilities. These swine have not sat out there in these dorps and villes unable to communicate with each other. I remember a computer graphic of what our JSTARS surveillance air craft had been able to see of Iraqi movement with radar. It was an amazing graphic. Since then we must surely have the capability to map emitters precisely to locate headquarters and units.

Our people… i participated in many of the protests and later the regime started to shoot at us with real bullets and many people were arrested and killed. There is a saying by the Messenger of Allah(Peace be upon him): “Arm yourself with even an inch of iron” so we started to carry weapons and we fought the regime. My brother wanted to fight in the battles for Islamic state of Iraq al-Sham known as (lSlS) and he did. He took a shariah training course in Syria. In the training, they taught him about religion, prayers and jihad. They wanted him and all the Muslims to be courageous and to love our religion and our people. He participated in battles to defend our people and our religion. He had ben with them for about a year and half until he was martyred during an attack on an airport. I miss him so much ? 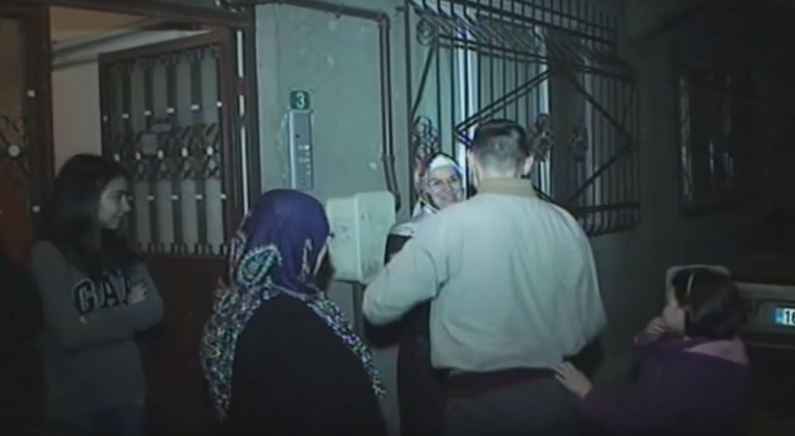 US and Israeli conspiracy is taking last breaths in Syria.

It is not funny to say such lies as this without actual proof. It is the only weapon the evil regime has to fight the truth back: The faulty russian propaganda. Wonder how many people actually believe this?

Hi Muja! I’am not a muslim nor i do support terrorism but honestly as a Atheist i like people like you who fight for what they think is right. Even under threat of being arrested or killed. People like you are usually highly intelligent, but overally small in numbers and undesired because they are rebelious and hardly predictable.

You may be mad at United states after our middle east involements but you need to realize that we make tons of money from the war. War means profits. Who cares about innocent dead people? The rich never cared about killing people in vast quantities in the past, why should they care today?

I hope he experienced just 1/10,000th some of the pain and suffering that he and his ISIS filth comrades inflicted on innocent people. 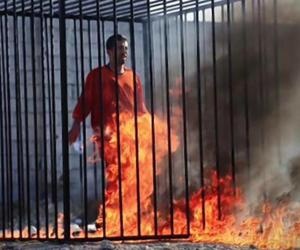 You should be forever ashamed to have such a monster for a brother.

Assad ordered the police and/or army to confront the initial demonstrators unarmed. It was the jihadis who initiated the shooting.

Supplied by NATO and FUKUS. You can be certain that samples have been sent to Russia for analysis.

I am sure. I’ve seen pictures of captured tunnel drilling equipment but there was no curiosity as to its origin. I suppose that’s not the question. Rather who paid for it.

I doubt if we’ll ever get a truthful account of how much the US paid to ISIS and al-Qaida. Just our fake war on the ISIS tanker traffic enabled ISIS to earn millions from oil.

The bombing of sand dunes and dusty trails after leafleting ISIS to tell them what areas to avoid was comical. Only someone as arrogant as Obama and Hillary would think they could get away with it.

They are killing our friends and old friends from past. You ruined our families and people and you still talking about fighting the “evil” lSlS? My older brother died in lSlS and you are so disrespectful to the people who took their weapons to fight for brighter future and against tyrany. Our comments are deleted and people banned, arrested and killed: 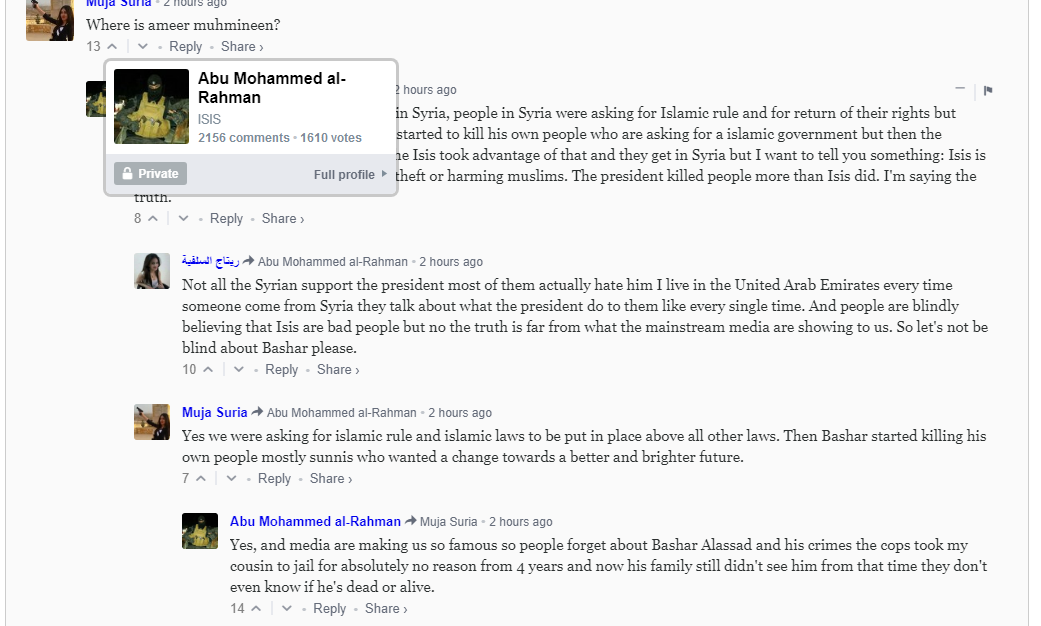 US and Israeli conspiracy is taking last breaths in Syria…….

Hopefully one day we will have our state with common language, single and best interpretation of Islam without internal enemies, good islamic laws and schools and happy educated people. And we will live peacefully forever. The globalists are trying to divide and plunder every society different from theirs and those who resist them are beaten up and killed. USA has no business in Syria or Iraq.

I am a human and I am a friend of humans. If a person have no humanity and killing innocent people on the bases of religion, colour or status then he is a real brutal animal and I wish that that person should eliminate as soon as possible to save other humans.

US and NATO regimes and their puppets Israel, ISIS, Al-Qaeda, SDF, YPG, etc are all child butchers, beasts and they all must die as soon as possible to save the world humanity.

That is what jews make you believe (the formation of an Isalic State), in order for they to handle you easily (they give your money, weapons, advisors, training). Your have been using as a human weapons to destroy other Syria country. But the Israel-USA-NATO plans are to to destroy other countries with the same idea (to build a spring protest, introduce violent mercenaries to produce a violent reaction, introduce weapons, train local people, make brain washes, so on ). There are always fool people who can be cached in the ideology.