This article originally appeared at Sputniknews.com

WASHINGTON (Sputnik) — Local ethno-sectarian and cultural obstacles have diminished the effectiveness of US military efforts to train government forces in both Iraq and Ukraine, experts told Sputnik.

“US training can be helpful in certain circumstances, but these other factors can undermine the training,” Ivan Eland, Director of the Independent Institute think tank, told Sputnik, outlining several ethnic, religious, cultural and political issues that have hindered training. 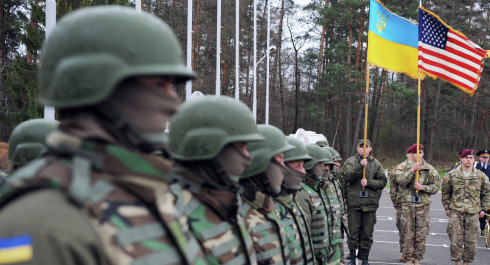 On Sunday, US Defense Secretary Ashton Carter said that the Iraqi army, which the US military helped train following the 2003 invasion, lacked the “will” to defeat the Islamic State jihadist group that seized vast parts of Iraq last year.

The Shiite dominated Iraqi military, Eland stressed, has little incentive to defend Sunni territory in Iraq, no matter how much US training it has. Similar issues bedevil US instructors in Ukraine.

“The limited US training provided to Ukraine could be more helpful if the Ukrainian military was less corrupt and culturally divided,” Eland said.

The president of Arab-American Institute non-profit organization, James Zogby, told Sputnik that the primary problem in Iraq is local social and political issues and not the US military training program.

“The specific training program is not the issue. It is the internal fracturing of the [Iraqi] society and the loss of morale,” Zogby said.

US Army War College Professor Chris Mason told Sputnik that the civil wars raging in both Iraq and Ukraine make it difficult for foreign trainers to do their jobs.

In March, Washington said it would redeploy up to 300 military instructors from Italy to the Ukraine’s city of Yavoriv, near the Polish border, as part of a mission to train the Ukrainian National Guard. The United States committed $300 million worth of what it termed defensive weapons as part of its 2016 defense budget.