During four years, six soldiers of the US Army and two civilians have been stealing weapons and military equipment, including secret samples, from the US military base and selling it on eBay. 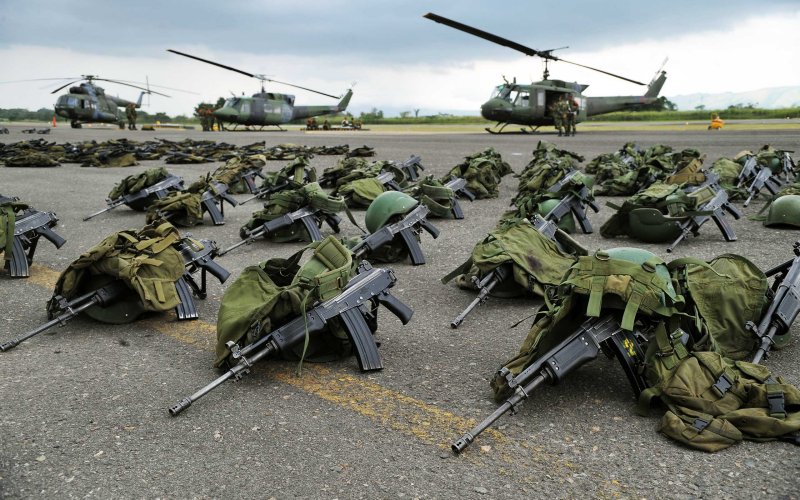 Another criminal scandal, involving illegal activities of US Army soldiers, has erupted in the US, the French La Tribune newspaper reported. As it was recently revealed, six soldiers and two civilians have put ‘on stream’ theft of secret weapons and military hardware of the US Army and its subsequent sale via the eBay electronic auction.

According to the newspaper, weapons and military equipment in the amount of $1 million were taken out from warehouses by the soldiers of the US Air Force military base at Fort Campbell in the period from 2013 to 2016. Electronic sniper sights, grenade launchers, spares for automatic rifles and body armors were among stolen things.

Their civilian ‘colleagues’ on the criminal business, John Roberts and Corey Wilson, used the electronic auction in order to sell the stolen military equipment, including samples of secret weapons that could not be put up for sale under no circumstances.

Piquancy of the situation is that citizens of the countries, from which the US prefers to keep its secrets especially carefully, Russia and China, quite legally became buyers of the American secrets. Some samples were sent to Mexico, well-known by its problems with security due to drug trade.

An attorney of the state of Tennessee has indicted all detainees. The military may get up to 6 years in prison and a large fine. For the civilians this ‘entrepreneurial activity’ may cost much more – up to 20 years in prison.

This is not the first scandal in the US Department of Defense. Recently, a theft of firearms was detected on the US Panzer Caserne military base in Stuttgart, Germany. Several semi-automatic pistols, one small-caliber automatic rifle and a shotgun disappeared. However, in that case, the thief has not yet been detected.

Tags:us armed forces, us army, US military, us secret wapon, us weapon, usa

This story is full of holes. For starters you can not sell any weapons on e-bay. They do not host sales for any weapons nor parts of weapons. If attempted the listings would be removed and accounts suspended. The story lists it as Air Force base Ft. Campbell. Ft. as in Fort, its Army, the picture is of Colombian Army kitt and galil rifles. South front is better then this. Uniforms, tents, etc sure, weapons never, at least not on e-bay! In addition this is not a story. At any time if you desire military gear in the US you visit a pawn shop close to base. Its not news, its how we were able to drink every weekend with a shitty pay grade!

Yeah. You are right. People have to be just stupid for selling outlaw weapons on e-bay. There is the deep web and bitcoin for this task! http://edition.cnn.com/2016/08/10/us/declassified-illegal-online-weapons-trade/