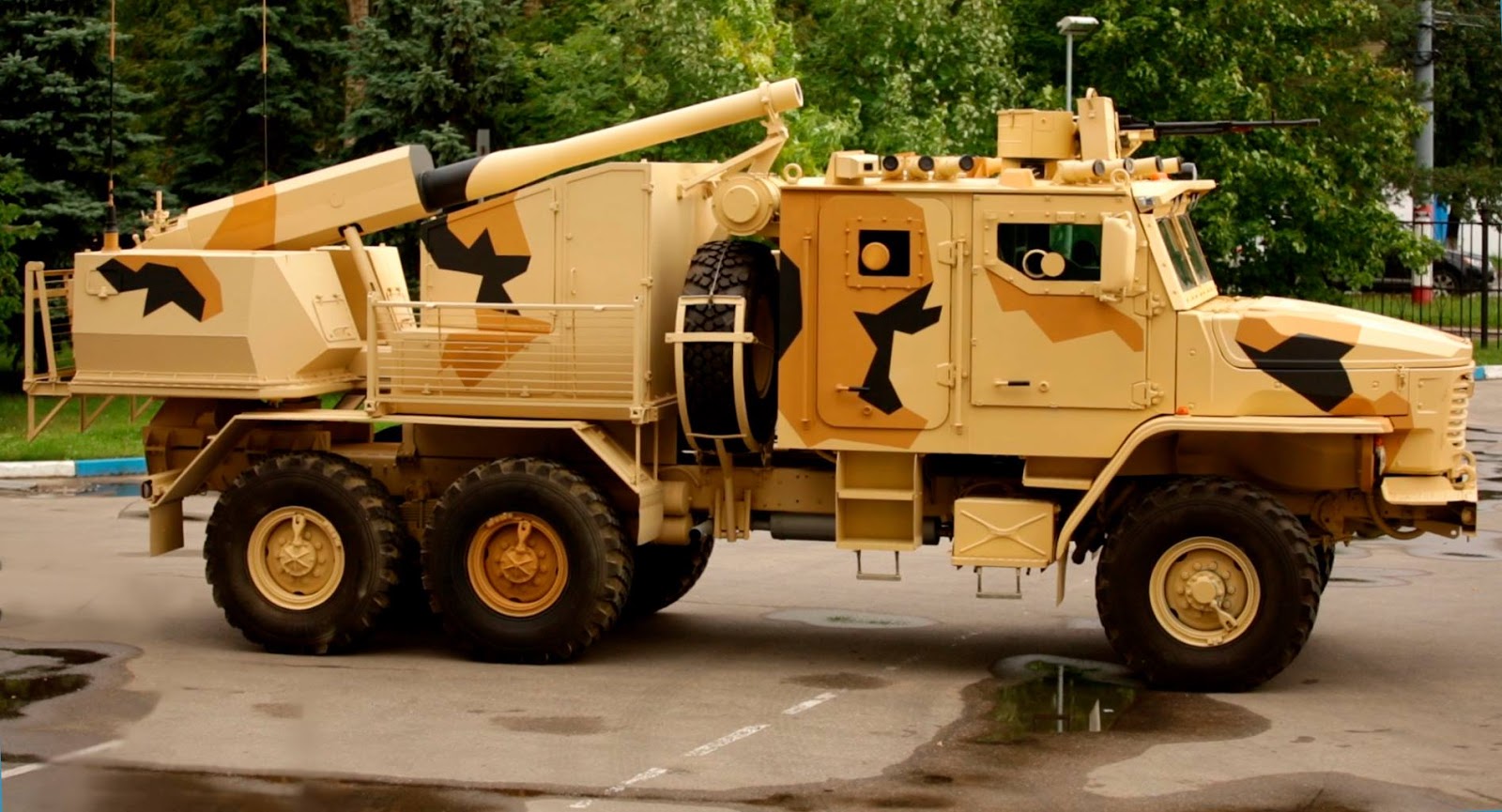 The first photos of the new Russian Floks wheeled self-propelled artillery platform were published online by secretary of the Uralvagonzavod Corporation, Aleksey Zharich. According to the signatures to the photo, the world premiere of the new military hardware will be held during the Army-2016 forum.

“We send the Floks in the Patriot Park. The world premiere by Uralvagonzavod at the Army-2016. Spy photos,” Zharich wrote under the photos.

For the first time, the newest self-propelled platform was mentioned in a statement of the press service of the Uralvagonzavod, which included fifty models of military equipment that the company will present at the military-technical forum.

There is a little information about specifications of the Floks. According to a number sources, the platform is equipped with 120-mm cannon, which combines capabilities of a long-range gun, a howitzer and a mortar. This makes it possible to hit targets with artillery shells and mines both in the distance of 10 kilometers, and of only a hundred meters from the position. The reserve ammunition of the Floks is more than 80 shots.

The roof of the vehicle is armed with remote combat module with the Kord 12.7-mm machine gun. Laser detection and jamming system, similar to the famous Shtora, is used for protection against guided weapons. 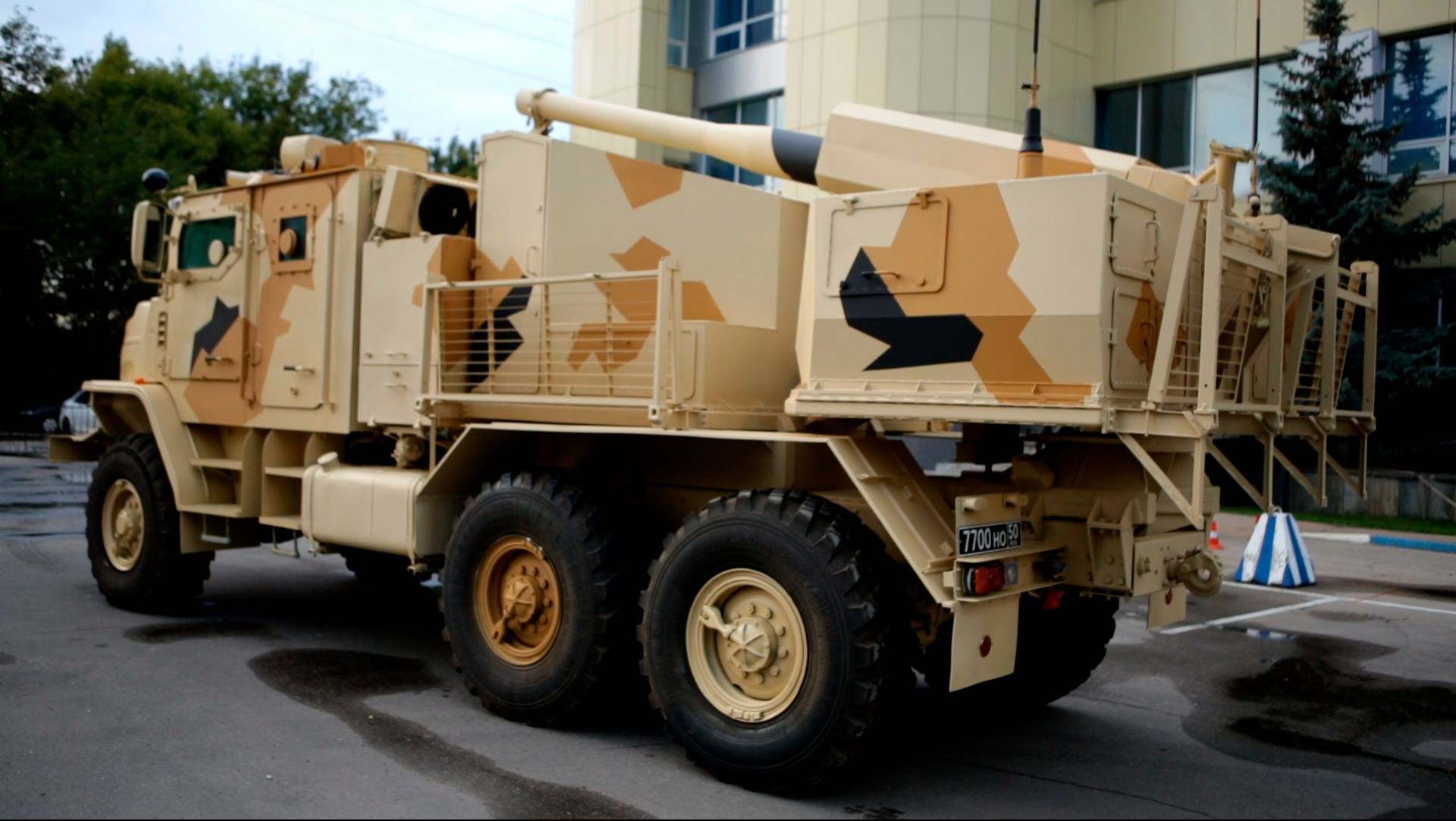 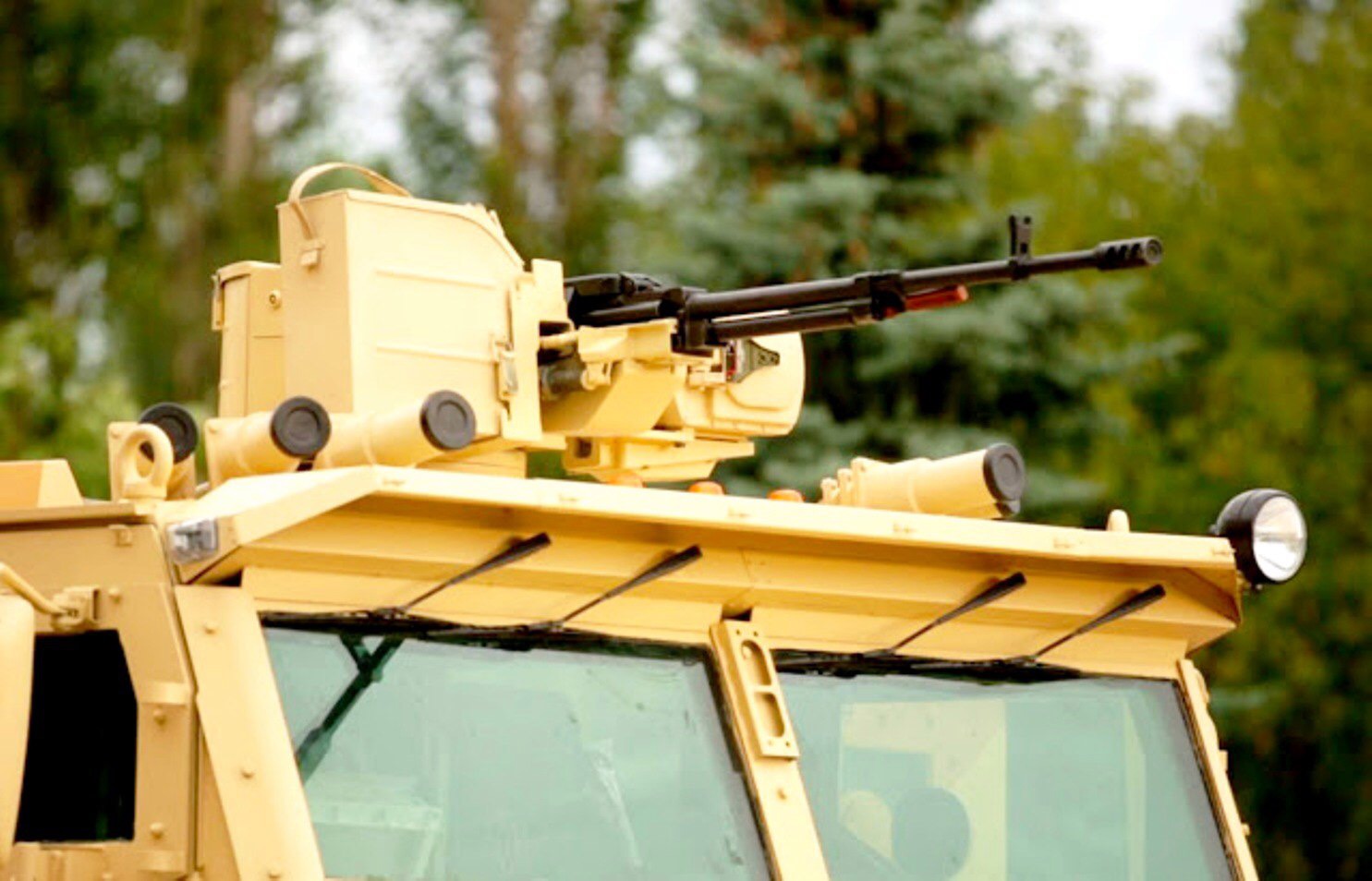 I can not see any hydraulic legs which might be used to stabilize the platform during firing. May be such things are not needed. Anyone any ideas? This is a point that occurs to me when I see guns mounted on pickup trucks. The movement of the platform would I suspect make consistent accuracy difficulty. Maybe it does not have as big an effect as I think. Anyone know anything more about this ?

It does not need hydraulic legs, its recoil is not like howitzers. it is mostly an infantry support-surpress unit, relies on rapid fire rather than accuracy. It will engage probably within 5 or less km. Check tracked mortar systems, they are also similar. This one is more versatile in terms of operational mobility and range if needed. Cheaper and can be used occasionally as direct fire unit, which is time to time demanded in urban warfare.

i don’t know. Looks like it’s made in ukraine.

I think it will be mostly used for rapid reaction units as light support unitlike NONA-S 120 mm mortars. I am sure that the recoil is not much. It looks operationally more mobile than tracked platforms and carries a good amount of ammo. They can easily sell it to middle eastern Armies. Smaller armies have problems when they try to relocate their artillery pieces with extra transport units. Tracked units consume more fuel and they are expensive. Besides they fire rate is not compatible aginst targets changing their locations frequently. In urban warfare an artillery system with greater range has accuracy problems when it comes to shorter ranges. To summerize this arty piece looks like an ideal support equipment for Syrian War.

I was thinking about some of the same things you mentioned; mobility, inexpensive to maintain and perhaps more easily repairable. If it really works, this thing could be very nasty.