As the international hand-wringing continues over whether there is an actual heightened “Iran threat” with American troops in the cross hairs, and as some US allies – notably Spain, Germany, and The Netherlands – actually withdraw their forces from US operations support in the region, we must ask at this point, what do we actually know in terms of Bolton’s original intelligence cited earlier this month which sparked the ongoing crisis?

Aside from knowing much or all of the intelligence was reportedly provided to the administration by Israeli Mossad, we have the piecemeal explanations of both top admin officials and regional allies.  Secretary of State Mike Pompeo told Iraqi officials during his unplanned stopover in Baghdad last week that “U.S. intelligence showed Iran-backed militias moved missiles near bases housing American forces,” according to Fox. According to that report, a senior Iraqi source relayed of the US message: “They said if the U.S. were attacked on Iraqi soil, it would take action to defend itself without coordinating with Baghdad.” So the crisis appears focused on potential Iranian proxy actions in Iraq – apparently enough to take the very rare step of evacuating all non-emergency US personnel from the US embassy in Baghdad (a move that hadn’t even been done at the height of ISIS’ offensive across western and northern Iraqi).

However, US allies even disagree on this point. For starters, the deputy head of the US-led coalition, British Army Maj. Gen. Christopher Ghika, caused an almost unheard of row among allies when earlier this week he flatly stated: “No – there’s been no increased threat from Iranian-backed forces in Iraq and Syria,” in a videolink briefing at a Pentagon press conference.

Furthermore, Iraqi Prime Minister Adel Abdul Mahdi said on Tuesday that the Iraqis had no information showing “movements that constitute a threat to any side,” but added that his government “is doing its duty to protect all parties.”

So is the new “threat” which warranted the latest US military build-up, which has caused Iran’s military to warn “We are on the cusp of a full scale confrontation with the enemy” — all based on either Iran or Iran-backed “popular mobilization units” in Iraq moving around a few missiles? If so, it would be nothing new.

All the way back in August of last year we reported, based on Reuters, “Iran Stuns Enemies By Moving Ballistic Missiles To Iraq – Within Easy Striking Distance of Tel Aviv.” It was known at that time that Iran had transferred short-range ballistic missiles to Shia proxy forces in Iraq for “months” prior, according to Western and Iraqi intelligence sources. This is why a number of prominent Middle East watchers and military analysts have shrugged, “nothing new… nothing to see here” in response to the “new” vaunted White House intelligence. This also appears to be the attitude of Britain’s chain of command within the joint “Operation Inherent Resolve” coalition.

And enter the New York Times, which in a report published late Wednesday citing three defense officials, found that: “The intelligence that caused the White House to escalate its warnings about a threat from Iran came from photographs of missiles on small boats in the Persian Gulf that were put on board by Iranian paramilitary forces.”

And further, the report stated:

The NYT also noted that some  top lawmakers are seeking to ensure that Congress is consulted before taking any military action against Iran. Speaker Nancy Pelosi reportedly “criticized the administration’s lack of transparency on the intelligence” in a closed-door meeting involving House Democrats.

Pompeo’s latest statements presented in the earlier Fox report seems to confirm the new NYT report. US allies in the region have also reportedly dismissed the “satellite evidence” of the Iranians moving missiles as mere usual defensive posturing.

And then there’s the possibility that all of this bluster and heated war rhetoric and build-up could have merely originated from Iran’s moving or assembling missiles on their own soil or in their own territorial waters in the Persian Gulf.

Typical American sabre- rattling and propaganda based on half -truths. Who cares! Business as usual!

Well, it can’t be “who cares” policy because they will start new illegal war, and kill a lot of innocent people! Nothing good comes out of “who cares”!!!
There is an ongoing humanitarian disaster in Yemen and no one is doing a thing with same policy in effect.
Millions of civilians are in grave danger and whole of “civilized west” doesn’t care!!!

klove and light
Reply to  Human kind is doomed

the western civilization has lost all character and spirit…there is Nothing left exept for Football,kadashians,madonna, drugs, and worthless brainwashing dancing stars!

and this CAN only lead to utterly destruction..just ss the wellknown saying goes

Everyday, you can see the Europeans breaking away from the US, even the UK; I believe they are sick and tired of the threats, sanctions, tariffs, arbitrary fines on European Corporates and they will certainly not back a rapid dog, backed into the corner; well hopefully not.

Pork
Reply to  You can call me Al

Once (if ) the Democratic party take control, they’ll work to ” legitmize “, a war with Iran…Europe is wanting ” Legal use of force ” . They find the chicken hawks unpalatable.

You can call me Al
Reply to  Pork

The European do not war with anyone.

Pork
Reply to  You can call me Al

From your mouth to God’s ear…time will tell. In this case, I surely hope you’re right.

I was being ironic friend. I do care but i am trying to show that Natozioamerica and sheeple do not care.

I didn’t count you in my previous comment. My comment was reaction on general behave of the “civilized west” Sorry for misunderstanding.

Trump is a braggart and coward and is already back peddling on Iran, after the IRGC publicly put on record that at the first sign of US aggression, the Zionist entity occupying Palestine will be turned into cinders. Now Trump is barking that “US does not want a war with Iran”. Bolton, the draft dodging coward will be gone soon.

They are stark raving mad. 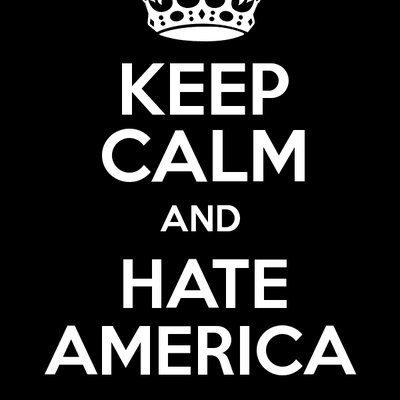 So where are the pics?