The USS Freedom has become the 5th littoral combat ship that have sustained engine casualties of varying severity within the last 12 months. 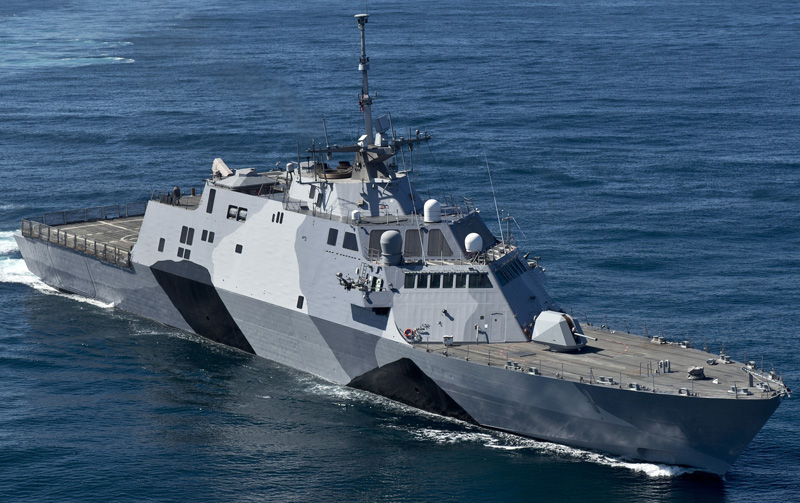 The second littoral combat ship (LCS) commander since the beginning of this year, Cmdr. Michael R. Wohnhaas, has been fired by the US Navy in connection with engine damage, sustained by the vessel this summer, the Military.com informational website reported, citing a news release of the US Naval Surface Forces.

Vice Adm. Tom Rowden, commander of Naval Surface Forces, Pacific Fleet, relieved Wohnhaas, who was commander of Crew 106 for the USS Freedom littoral combat ship, “due to loss of confidence in his ability to effectively lead and carry out his assigned duties” on October 13.

According to Military.com, the Freedom broke down during participation in Rim of the Pacific exercises on July 11. The ship “suffered a leak at its seawater pump mechanical seal, which allowed seawater to enter the engine lube oil system and damage the ship’s second main propulsion diesel engine.”

As officials noted, an investigation the incident resulted in the resign of the commanding officer. Wohnhaas was replaced with Capt. Matthew McGonigle, deputy commodore of LCS Squadron One, who became a temporary commanding officer.

The Freedom still awaits repairs in San Diego, where it was sent after the exercise, and a final decision about the ship has not yet been made.

Wohnhaas was fired seven months after the relief of Michael Atwell, commander of another Freedom-class LCS, the Fort Worth, in connection with the circumstances surrounding the ship’s breakdown in Singapore in January. Atwell was relieved on March 28, however, the full results of the investigation have not yet been publicly released.

According to Military.com, “five littoral combat ships have sustained engine casualties of varying severity within the last 12 months.” Operations on all of them are still halted, following all of the mechanical failures. In September, a massive engineering review for the entire LCS program, including retraining for all engineering crews, and additional possible changes, was announced by the US Navy.

Late last month, Chief of Naval Operations Adm. John Richardson said that “the LCS program remained on track and the problems it had were akin to those suffered by other new ship classes in their early days.”

Meanwhile, the USS Detroit (LCS 7) warship docked on the Detroit River on Friday for a commissioning ceremony, which will be held next week.

The $440 million Freedom-class littoral combat ship is designed to work in shallow waters and operate with speed and agility. It can take on different missions due to its possibility to be quickly modified. The ship is going to be commissioned on October 22.

Sounds to me the navy brass are demanding PERFECTION from their personnel. This problem seems to have sprung up since the obama regime came to power(all the officer purges, the SJW crap being injected into the military, expecting the enlisted personnel to be perfect drones, etc etc…)

When I was in the navy, when we had a problem in the engine room that required shutting down a engine, someones career did not end…

Everytime propaganda critic. Obama the drunken sailor and not the hindus, kurds or jews.

A lot missing in this story.

The Zero Defect Mentality has been a creeping disease slowly getting worse in the US military for years. It may have grown more acute, but it didn’t start under Obama.

Let’s blame the Captain for the deficiencies of the overcomplicated (for a combat vessel) ship. They’d probably fire all of the pilots of the F35 for its problems if they didn’t have to fire so many of them!

Machine before man, it seams – a fitting transition to trans-humanism.

Let’s see if I understand this: The US Navy commissions a ship, poorly constructed from a faulty design then destroys the career of the captain because the defective ship that the US Navy placed the captain in command of fails to function. Did I get that about right?