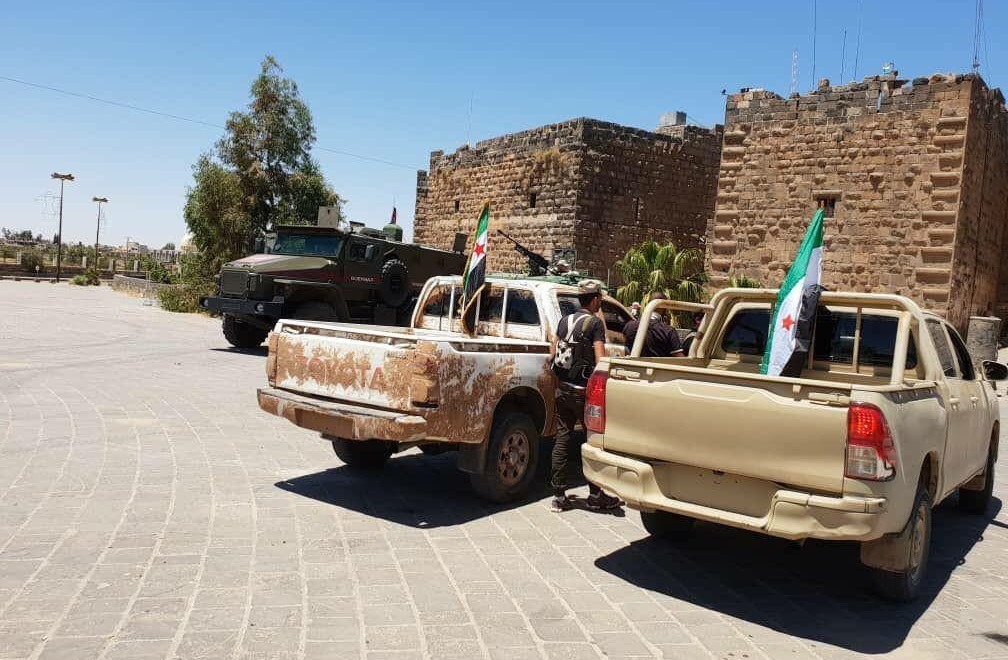 On July 1, a second round of negotiation between Russian official and commanders of the US-backed Free Syrian Army (FSA) failed, according to the al-Mayadeen TV. While the previous round of talks was held in the town of Bosra al-Sham, the new round was reportedly held in Jordan.

The Lebanese news TV channel said that the SAA and its allies will now resume their large scale military operation against the FSA in the southern governorates of Daraa and al-Quneitra. The next target of the SAA will likely be Bosra al-Sham.

A source in the Khalkhalah airbase confirmed to SouthFront that the Syrian Arab Air Force (SyAAF) and the Russian Aerospace Forces have resumed their aerial operations in southern Syria. Syrian and Russian warplanes carried out several airstrikes on positions of the FSA in Daraa, according to the source.

The FSA appears to be unwilling to accept any peaceful agreement as for now. However, this situation may change if the SAA manges to secure the entire eastern Daraa countryside.

By 15th July, marking 1/3 of 8th year of the war passing, during the eighth year:

What do they suppose is yet to be achieved.

There are no viable economic prospects in such territory, there is no coherent system of governance, the rightful owners of that land are held hostage or fled.

Even if the advance ceased today, the jihadis would live under air strikes for the next 100 years.

That they refuse to act reasonably after defeat is the first reason to destroy every male in those zones.

Their masters, who live safely in various countries, won’t let them surrender. The deal was: win or die trying.

Nutandyahoo and his gang of warmongering,murdering thieves are doing everything to keep their puppet isis terrorists fighting.They are terrified of Syrian forces and its allies getting closer to occupied Golan Heights.

Lets hope ancient Bosra will not be damaged

Very good news my friend. Thanks

Well sorry bad news they acted without honor in Borsa in a ruse an lied but they only had 5 of each group and refused to accept terms fighting is ongoing and they said the others had a mental disease,lol.

well in that case i hope they will all be slaughtered and ancient Bosra will be spared. Though of course they all suffer mental disease

Well known twitter opposition activist Asaad Hana was being detained after he fled Syria, he was seen in those fake chemical attacks in Douma last I heard (Bellingcat photos).

Wow detained by whom?

Think he was arrested in Italy I believe.

Another day, another town flattened…

And which particular town was this, Pray Tell ??? Moreover, if damage was inflicted on any place hiding terrorist ISIS/Assorted groups of letters, the fault lies with those puppet-masters sitting comfortably far from the battle-field.

FSA. Caught between your Masters Israel and the Syrian Arab Army. I bet Israel pretends they don’t know you.