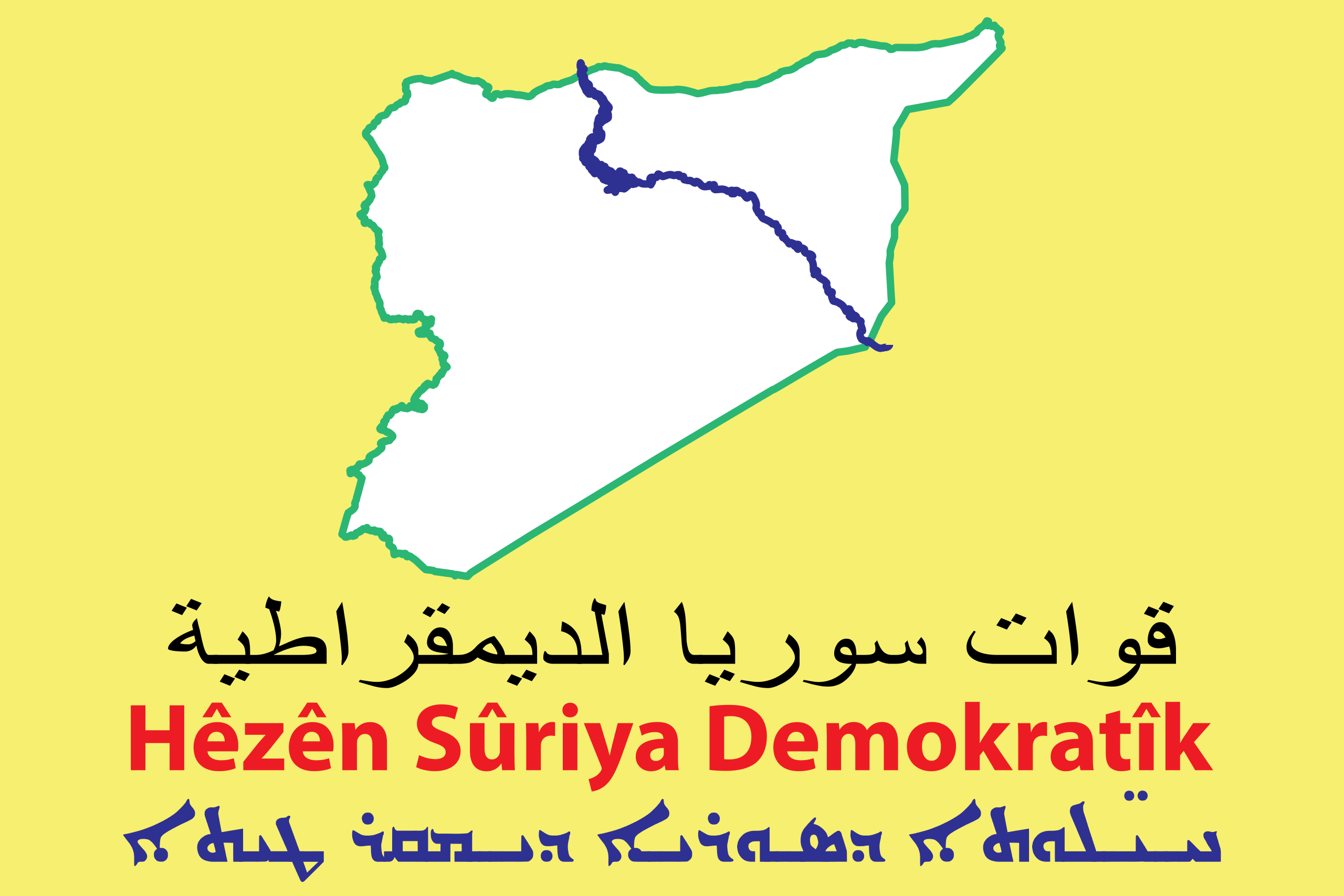 In a surprise shift of their declared policy, the Syrian Democratic Forces (SDF) said on January 17 that they hope to reach an understanding with Turkey that would secure the border area in northeastern Syria.

The US-backed group promised in an official statement that it will provide all necessary help to establish a “safe zone” that would protect the minorities along the Syrian-Turkish border. However, the group insisted that there should be international guarantees.

“We never posed any threat to the neighboring countries, especially Turkey, we hope and look forward to reach understandings and solutions which would insure the stability and safety in the border areas,” the SDF’s official statement reads.

Earlier, Turkey’s Anadolu Agency released a map of the alleged safe zone in the area east of the Euphrates in northeastern Syria, which had been recently discussed between the U.S. and Turkey. The plan to establish the zone was first revealed by U.S. President Donald Trump on January 13.

Starting the long overdue pullout from Syria while hitting the little remaining ISIS territorial caliphate hard, and from many directions. Will attack again from existing nearby base if it reforms. Will devastate Turkey economically if they hit Kurds. Create 20 mile safe zone….

This new rapprochement between the SDF and Turkey was likely the result of heavy pressure from the U.S., which is trying to prevent any agreement between Kurdish forces and the Damascus government.

President Erdogan has slammed the division of Syria and the establish of new state or PKK state on Syrian land.

In the Mideast region nobody will accept the Zionists of US and GB conspiracy plots. They wish to bleed the entire Mideast for ages.

Turkey is going to kill you so hard for what you’ve done, and killing 5 american soldiers at the right moment eh just before pull-out ? all of you terrorists will die, Turkey would not obviously target coalition forces, it was YPG/PKK/SDF who did it

once the destitute feckers are gone, syria can reach an accord with its neighbours – have no doubt. but as long as the devastating feckers are around nothing much towards peace and stability in the region will be possible.

SDF used to be a Kurdish force at it’s core. The Kurdish elements who mainly are affiliated with PKK and therefore, sworn enemies of the Turkish government (Kurds of SDF have a picture of Ocalan on their chests and we all remember Ocalan’s banner in Raqqa and elsewhere). In other words, there’s no consolidation between them SDF and Turkey as long as PKK and therefore YPG are considered a threat by Turkey.

Unless… They are turning SDF from a Kurdish force into an Arab-dominated force, thanks to the money from the Persian Gulf Arab states and the razors which converted ISIS members into SDF new recruits. The proposed buffer zone contains all of the originally Kurdish parts of Syria, I don’t know how Kurds feel about that.

Turkey supported ISIS, most of the moderate headchoppers and Al Nusra, invaded their neighbour country causing death and misery. Like Jewistan they occupy and oppress , claiming they do that to fight terrorism. One must be a stupid nationalist or just stupid to believe that.

Everything you say is null and void, we will massacre the PKK whether you like it or not terror supporter. Assad let that tumour grow and grow til it eventually conquered 30% of Syria, yet the blame is never on him?

Get out of here with your terror talk, 4million Syrian refugees sought shelter in Turkey and we gave them just that. The refugees still have the right to return to their homeland by the grace of Turkey and not terror supporters like you

Terrorstate Turkistan caused the refugee mess themselves so deal with it.

You are bloody deluded, did we bring our f18s to strike Damascus? Did we shelter the PKK for years on end?

You are a terror supporter, i wouldnt be surprised if you also supported the massacres which took place to put the warlord Assad in power.

Lol Erdogan is a peacefull gent…..sure… Look in the mirror bitch then u see a real terrorist supporter but i doubt u can handle the truth

Well you certainly tried – Turkey sent its F-4s and F-16s into Syria early in Syrian conflict – only the SAA defenses shot down a TAF F4 Phantom over north Syria. Then there is the business of ‘sheltering’ – the FSA/al-Nusra/Zenki/al-Sham all had base and train camps in southern Turkey under Turkish security supervision – and mass weapons and munitions shipments from Turkey have been systematically smuggled over border to militant factions for years – in violation of international arms trafficking laws. So yeah, actually Turkey has created its own disaster.

na stimpy he ain’t the warlord

Yes Erdogan’s just kicked out 300,000 Kurds and put their homes up for sale, only Turkmen tenants need apply though, no one else. Why can’t the refugees that fled to Turkey just return to their old homes, oh that’s right, Assad’s already given them the 12 month ultimatum which must be just about to run out now, if they don’t do something about it soon, they’ll lose their homes for good, is that perhaps why Erdogan’s trying to find new homes for them all along the Turkish border. I’ll bet your fellow Turkish citizens will hang your hero from a tree before the years up, and then jail his son for trading in the illegal oil he bought from Isis, maybe even hang him besides his father too, and some of his most ardent supporters if they’re unlucky. Like you 60% of the country love Erdogan, but the other 40% would be much happier seeing him hang, you better make sure if his popularity starts to drop you don’t end up on the wrong side, you could end up hanging from a tree too, right next to Erdogan and his son.

The US let Israel rape and kill Palestinians for 70 years because they (Israel) have the right to protect themselves, it also let MBS off the hook for a horrific killing of journalist J. Khashoggi (without even mentioning the oppressed people of KSA) because they (the KSA) were a very good customer, now the US will let Erdogan occupy a sovereign country because Turkey may get devastated economically by the SDF? There in a nutshell is the sett of countries and ideologies that sought to rule the ME and in doing so they destroyed it

Good to see Trump involved in all America´s problems in Manbij. Together with Nato and all Western leaders, the State Department and Erdogan it should be possible to reach an agreement on how to resolve all our problems in Manbij and borders.

The SDF is made up of 35,000 YPG affiliated Kurds, about 11 to 13,000 Arabs, a few thousand Christian and other minority groups, and the rest Turkmen, only the Turkmen in the SDF are agreeable to this, the Kurds and the Christians are fearful of Erdogan and the Arabs don’t like him either, so how can they say the SDF is not resistant to the idea of a Turkish safe zone. I just went through my Kurdish news sources and apart from the KDP who are actually pro Turkish [but have no militias at all in the SDF], there aren’t any Kurdish factions in the YPG who are agreeable to the idea. Sounds like more nonsense to me.

i will repeat slaves the kurds are under my wing along with my own military forces and military allies will fight for these heroes against all enemies foreign and domestic i am tired how the world treats these heroes they r good fighters helped win the war in mosul and northern syria(where i also assisted in) they have many women fighting with em brave women and i swear if any hurt em u deal with MY armies and military allies!!

i’m not taking no more abuse to certain tribes for my own reasons and i’m not fckn budging on this brave tribe!!now either you can have a powerful ally or a powerful enemy make your choice for i assure you all the war Gods are on my side on this

it’s a problem that will sort itself – turkey will move back behind its border with syria and the kurds, in any shape and form, will continue to be tenants in the border area, just like before.

that the soon destitute states of A would like the kurds to continue any hostilities against Assad is a given but it won’t happen since the kurds are far too few to fight the establishments in the area and the ypg, sfa or sdf or whatever will just have to accept that the overlords of yesterday will remain the overlords of today, how ever much the washington morons dislikes it.

but trump is right – 18 year of war and a 22 trillion national debt to show for it just shows how absolutely ludicrous the last 18 years have been from an american perspective.