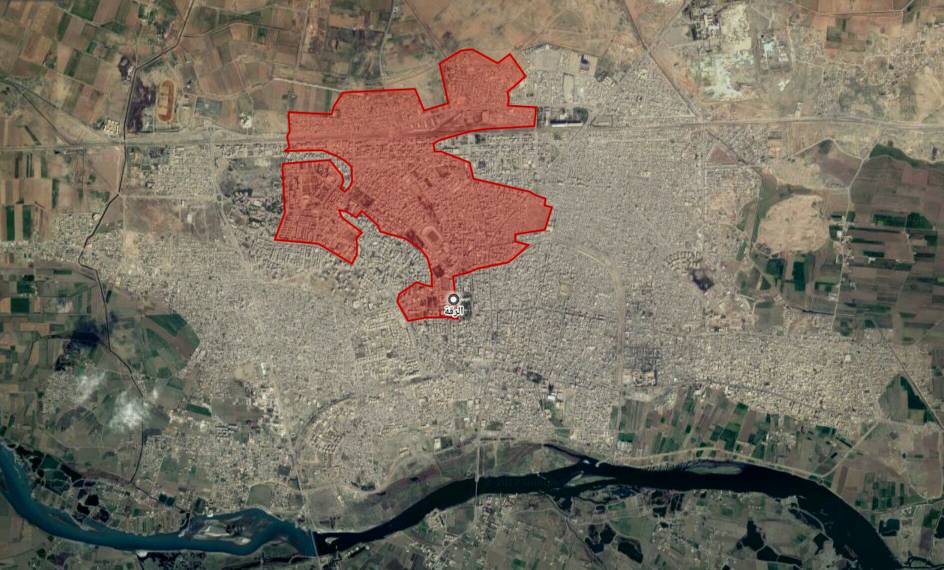 Red: the area controlled by ISIS, according to the SDF

On Sunday, Jihan Sheikh, spokesperson of the US-backed Syrian Democratic Forces (SDF), said that 85% of Raqqa city is under the control of the SDF now.

Sheikh added that the SDF will announce the full liberation of Raqqa city in few days after capturing the few areas left under ISIS control inside the city.

Moreover, a field commander of the SDF nicknamed “Ardal Raqqa” told Reuters news agency that the final assault on ISIS last positions in Raqqa city should begin on Sunday night. According to Ardal, the final assault will be focused on the stadium in the center of the city.

“Daesh is massing there because this is the last stage. They will resist, or they will surrender or die … This their last stand to the death,” Adral told Reuters.

Meanwhile, the SDF announced that its fighters destroyed several armored vehicles, and killed 5 fighters of ISIS in al-Huriyah district in the center of Raqqa city. SDF fighters also evacuated 70 civilians from al-Barid district in the western part of the city during their advance. 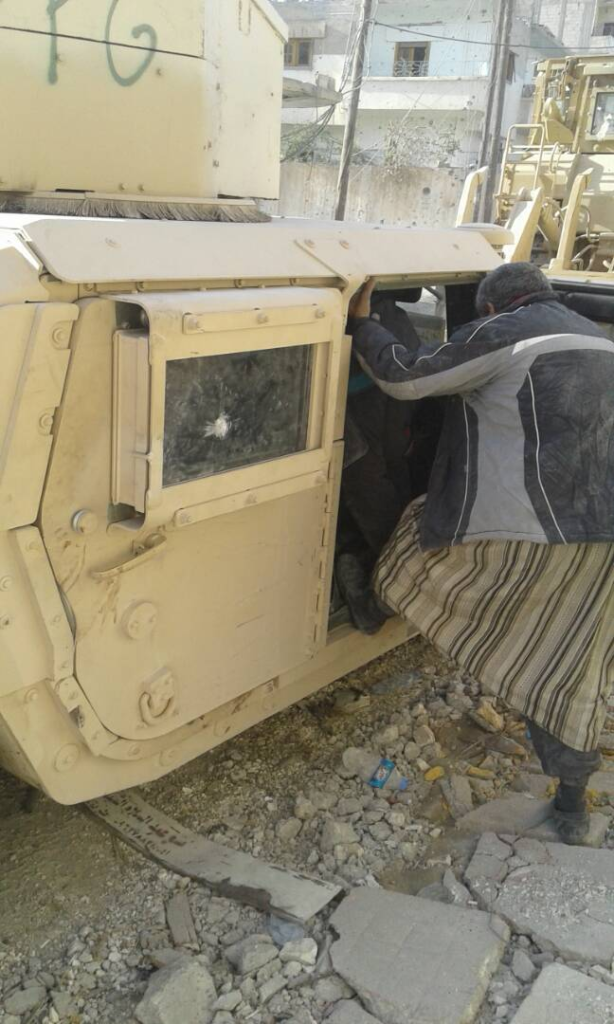 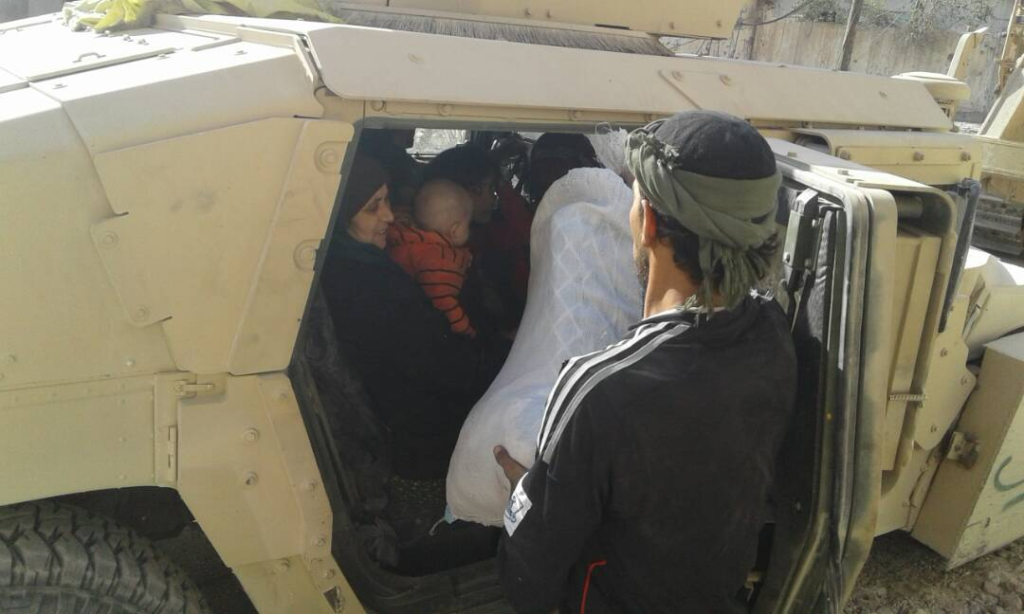 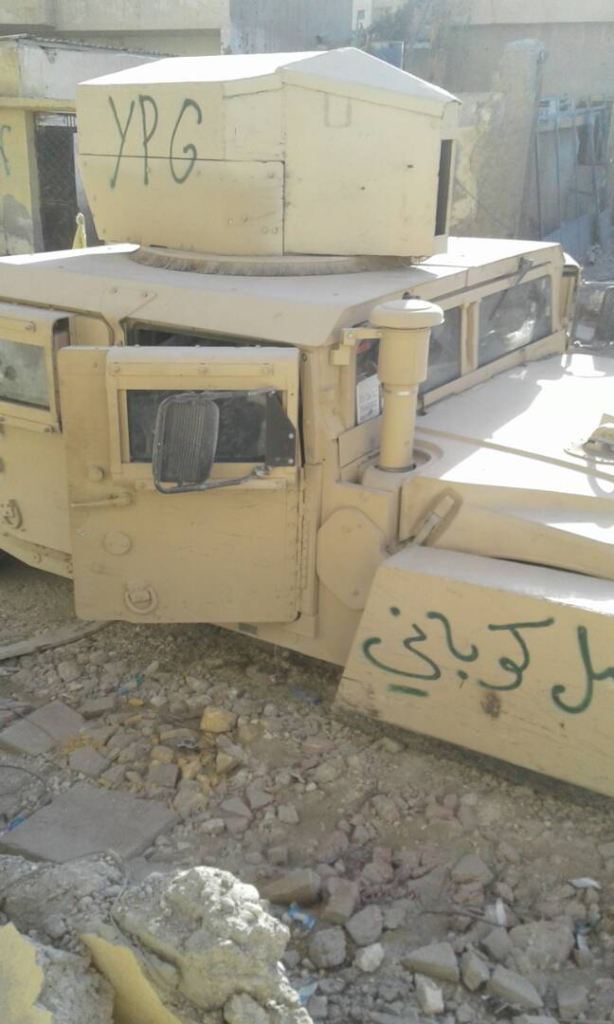 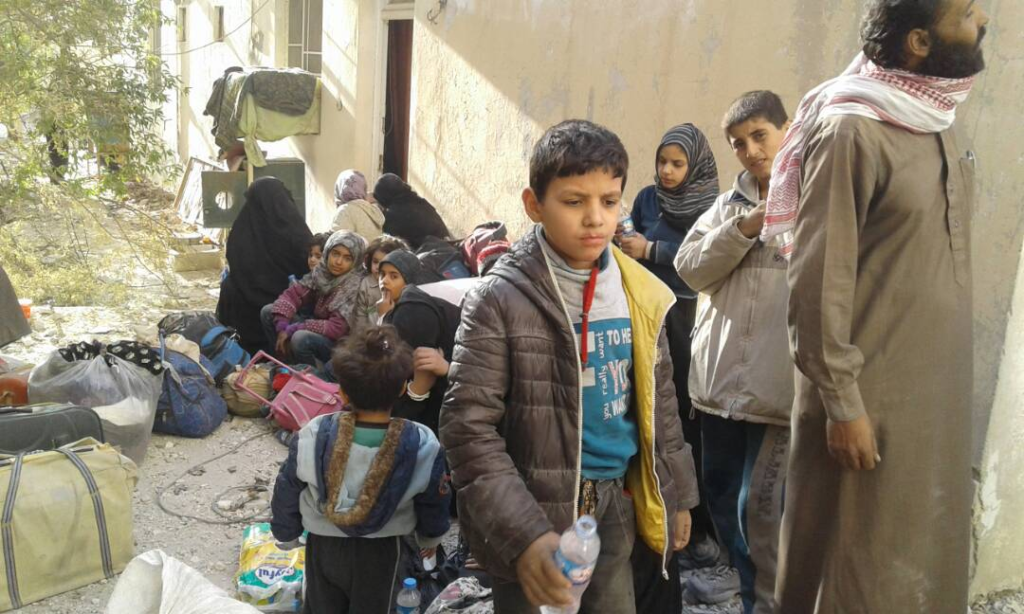 If the SDF captures Raqqa city soon, it will likely redeploy most of it units to Deir Ezzor governorate. The SDF will likely try to capture the strategic al-Omar oild fields and the rest of oil and gas infrastructure on the eastern bank of the Euphrates.

The last few days SDF sources have been very silent. Small tweets indicate continuing advances, but mostly, there has been silence.

I will not be very surprised when we will hear real advances the coming days.

Raqqah will be one of them but even in case of collapse of IS in Raqqah, mopping up might take one or two weeks.

Silly Kurds, even when they will learn that one can not chew and swallow at the same time?

Turks are in Idlib. Kurds are in Raqqa. Rus are in DeZ. And Bana is in UN.

Don’t tell me the daughter of terrorists is in the UN now ,the gullibility of these stupid people at the UN they even believed Anne Frank’s Diary was written by her. They didn’t even have ballpoint pens until 1947 she died at Belsen in 1944 of typhus these stupid Brits brought to a recuperation camp from Typhus. They say “stupid is stupid does” aptly befits anyone who is stupid enough to believe a Psyop ran out of the UK and Turkey is real.

The Kurds are doing a great job in their war against ISIS.

“A few days” LOL Remember Marawi back in May? ISIS are still there, so good luck with Raqqa ;)