The US-backed Syrian Democratic Forces (SDF) are going to send reinforcements in order to help Kurdish YPG/YPJ forces fighting the Turkish Army in the Afrin area. The SDF’s Syriac Military Council (MFS) officially announced that it will send its fighters to assist the YPG/YPJ in the area, the MFS’ media wing officially announced on January 29.

Breaking: #Syriac Military Council, MFS will send fighters to the #Afrin front in support of SDF-YPG/J to the defense of the region and populations against Turkey & allied forces. #Syria (more info & statement will follow) pic.twitter.com/Mc0pHpR7XU

The further involvement of the SDF into the Kurdish-Turkish standoff in the Afrin area will impact negatively the already tense relations between Ankara and Washington. 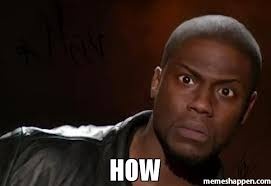 that’s the question, HOW? magic

Through government territory. They have an agreement.

The enemy always confers with their Zionist allies.

I totally agree. Thanks for posting.

3% of the syrian population, took 28% of the land and want to create a state called Rojava. No gonna fly too high for too long. They will drop like a rock on concrete, there will be no soft landing.
You should never betray your country and ally with the enemy.It’s immoral and a bad, bad strategy.

Most fled sorry to dispute your lack of evidence 1.1 million fled to Europe from PKK and ISIS another 350,000 ended up in Turkey. Now you do the math and explain how you arrived at your numbers.

Huh! sorry, anything you wanna say?

Several small batallions of international and MLKP fighters have lready arrived as well as forces from Kobane, Cezire and the arab south. More are coming. Manbij has also been reinforced in case of an attack on that are or, maybe, for a counterattact direction Al Bab / Yarablus.

Their f***ed,atleast in afrin canton,turkey has pretty much got the green light by U.S inaction to aid its allies,so what if they reinforce manbij etc etc,the fight is in afrin! What a joke,do you get texts from someone with stupid comments to add to deflect from the fact that kurds are getting hammered in afrin whilst U.S.etc talk a good fight where nothing is happening? Your embarassing yourself again!

Go ahead. Just… For your own good one advice. Don’t send in those ISIS and affiliates sellouts. They’d eat those Afrin kurds alive the moment it benefit them. Send another Kurds even if it kills them.

I’m surprised they don’t hit the Turks in the rear from the east instead.

Many have criticized Russia for diplomatic dealing with Turkey over Idlib – but this policy is leading to ongoing fissures of not only US-Turkish partnership against Syrian state, but also invariably opening fracture lines in US-SDF partnership against Syrian state. Given the US-SDF alliance are occupying huge areas of eastern Syria this is of no small consequence. The Syrian government has had nothing but an array of hostile, opportunistic and coordinated enemies lining up against it for years – they must be having a quiet and rare moment of amazement as they watch this outcome of deft Russian diplomatic work.

Lets see what U.S does when turks start displaying the sdf bodies?still talk? This move by turkey is showing how the all conquering U.S. forces pick their fights with those who they can totally and completely squash,when it comes to even a slightly modernized force they hide behind words,if they had a single grain of respect or honesty then turkey would still be at home talking a good fight, this fiasco is humiliating to the highest degree!