According to the deputy commander of the US-led coalition’s forces, the Syrian Democratic Forces (SDF), but not Turkey and its allies, will conduct an operation to liberate of Raqqa city. 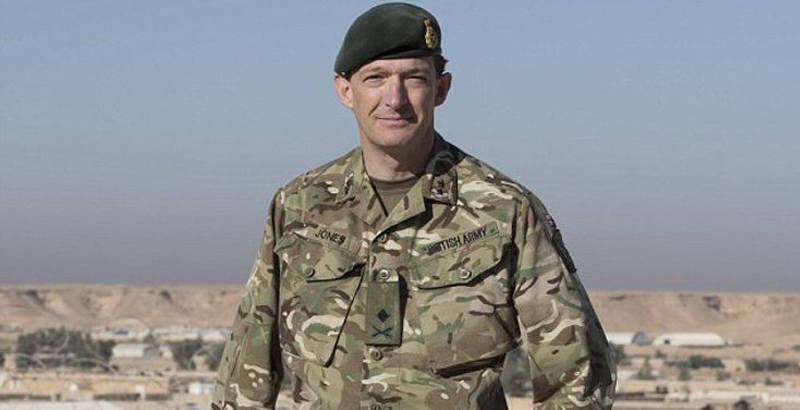 The Kurdish-led Syrian Democratic Forces (SDF) will liberate the city of Raqqa, which is currently under control of the Islamic State (IS) terrorist group, but not the Turkish Army and its allies, who are trying to take al-Bab city, located in the eastern countryside of Aleppo, British Major General Rupert Jones, who serves as the deputy commander for the Combined Joint Task Force Operation Inherent Resolve, said during a teleconference from Baghdad, Iraq.

“The force that looks most likely capable to conduct the liberation of Raqqa remains the SDF.  Are we confident in the SDF?  Absolutely we are,” Jones said.

He also added that the SDF has already shown its combat capabilities, when the forces recaptured Manbij.

“We’ve seen their fighting spirit, we’ve seen what they’re capable of doing.  They re-took Manbij, a very tough fight, and they prevailed in the face of a tough – tough opposition,” the Major General noted.

Jones pointed out that during the operation, the coalition’s air power will provide support to the SDF, and stressed his confidence that the Kurdish-led forces will liberate the city.

“They’re closing in on Raqqa and we’re confident that they’ll be able to retake Raqqa when the time comes, of course with coalition support.  That’s what we’re there to do,” he said.

At the same time, the Major General noted that the coalition will discuss this issue with its partners.

“We’ve also always said that we would discuss with our partners, in terms of who is best placed to conduct the actual liberation of Raqqa. We’ll do that, we’ll have those conversations,” Jones added.

and now you know why the US funnelled scum back into Palmyra … the only win they MAY get is via there paid “dispensable cannon fodder” and then low and behold they can claim all the glory.

I called it last year in that I believed at the time Russia, Syria and Iran were being played and it looks like I was right.

There could be some benefits to Syria in that there will be high casualties in Al-Raqqa BUT !! ??..

I applaud your view, but I have mine. Why rush to defeat Daesh when the whole world (almost) wants to defeat them? Russia’s goal was to defeat the ‘moderates’ who started it all and they did that, as you can see Al-qaeda has started killing them too because there isn’t enough room in Idlib. Now there is a clear definition of who is who. So now that they are defeated and sitting at the negotiation table, they can disarm and the full strength of SAA can focus on Daesh and Al-qaeda.

Interesting view. I must think about that more and deep down hope you are right.

Cheers for the feedback.

I suspect this is mostly an attempt to warn off the great Sultan of Ankara not to attack the Kurds in the back, that the West wants to use the Kurds to attack Raqqa and it wouldn’t do well if the Kurds would then be attacked in their back by the Turks.

How much notice the Great Sultan of Ankara will take remains to be seen. But if he goes after Manbij after taking Al Bab chances are the Kurds will halt all offensive actions against Raqqa.

Its a strange delicate balance at the moment. The West needs the Kurds to take Raqqa, but chances are their usefulness will after that decline significantly. The Great Sultan of Ankara wants nothing more then to slaughter them but can’t risk the wrath of the West too much. Of course he still holds the trump card of millions of Syrian refugees which he could unleash on Europe, but that would not deter the US and UK that much. Interesting times ahead.

“Come join me…..and die for your Sultan in Al Bab” Then a picture of a burning Leopard Tank …with Islamic war script about Allah Wills it.

Europe could easily defeat any Turkish plan to send more jihadis and opporunists. They could make Erdogan’s will a matter of indifference but the lack the will to do so. Europeans are weak.

These battles are over the pipeline routes. Block the Iran,Iraq,Syria, Enable the Saudi, Qatar.

If Syria can control it’s south border with Jordan/Iraq…. No Saudi pipeline route. My strategy would be secure Der Ezzor province and the South borders to Golan. End Israel’s ambition too.

Kurds can have Raqqa for a time.

I agree with you; however Raqqa battle would be bloody if the city is not surrounded properly, not like Mosul, but similar to the liberation of Aleppo, Kurds are great in open areas but how effective are they in urban warfare with an army that is prepared to die? Raqqa is a joint effort, SAA and SDF. Have a look at the map of Raqqa city, it is a death trap.

Syria has had several months to stand down units as Aleppo and other cities Conflicts released many 1000s of SAA . Development/training of new units and bringing existing Brigades back to strength.

With Russian attack Helicopters having night thermal targeting, Hopefully Syrian Hind can operate similar at night via upgrade. These with restored Brigades could roll up ISUS as recent battles have ISUS Reeling from losses.

Wish Syria would get proactive and keep pushing. Grant won the Civil War that way, Allies,Russia vs Germany WW 2.

ISUS was allowed to sit in regions far to long, As you note….Raqqa gonna be a shit sandwich for sure.

If it’s me….Hey Iran….you want your bleeping pipeline, …then all in No more small portion applications. Iran could put 30,000 in ….Secure Der Ezzor province and hook up with PMU In Iraq.

The fight for Raqqah will, most likely, indeed be bloody.

Your comment about Mosul is off the mark as far as surrounding it goes. Unlike Mosul, Raqqah is just on one side of the river, the north side. Now that the bridges have been destroyed, only small boats are available and Raqqah is effectively cut of from the south. The only thing is that US AF will have to make sure bridges are not repaired and they must have strafing capability to destroy the small boats.

Good info here. I noticed that ISUS did counter attack SDF NE of Tabqa dam. This may be to hold open road access across the Baath dam. SDF still has a lot of work to do around Raqqah, but they are in no hurry.

Turkey should focus on Al-Bab. It was allowed into north Syria to maintain its security, Raqqa is a matter of Syrians. The Arab coalition is the one advancing near Raqqa although the YPG is part of SDF. And Raqqa will be governed by people of Raqqa after ISIL is kicked out. The small city of al-Bab is encircled, many civilians are gone, but somehow TSK are still not able to break through it and the ISIL fighter around it are relatively few in comparison to Raqqa. This shows poor strategy and utter inexperience on their part. How can they expected to take a large city like Raqqa which has deployment of thousands ofterrorists when they cannot take a city like Al-Bab?