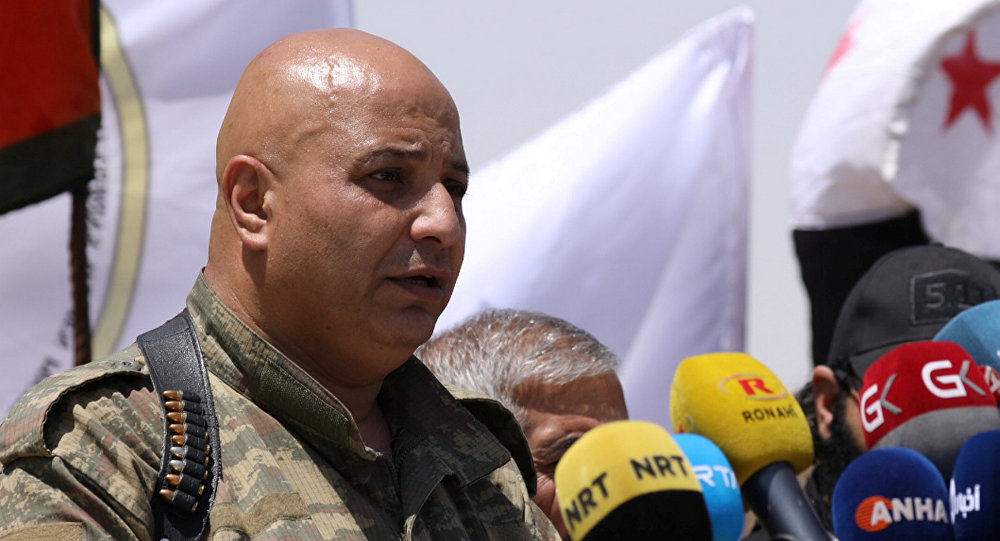 On August 17, spokesperson for the US-backed Syrian Democratic Forces (SDF), Talal Silo, claimed that the US is planning to stay in Syria for decades after beating ISIS.

“They have a strategy policy for decades to come. There will be military, economic and political agreements in the long term between the leadership of the northern areas –of Syria – and the US administration,” Silo said.

US-led collation spokesperson Colonel Ryan Dillon also said that there is a lot of fighting when he was answering a question from Reuters about the US long term strategy in Syria.

“Still a lot of fighting to do, even after ISIS has been defeated in Raqqa,” Dillon said.

Spokesperson for the Pentagon , Eric Pahon, answered to the similar question next way:

“The Department of Defense does not discuss timelines for future operations. However we remain committed to the destruction of ISIS and preventing its return.”

The US-led collation has 7 bases in the SDF-held area in northern Syria. However, many believe that it will be hard for the USA to legislate its military presence in Syria after ISIS is defeated.

In another development, the Turkish Army shelled Afrin town in the northern Aleppo countryside with mortars after a Turkish soldier was killed by militiamen of the Kurdistan Workers’ Party in Hatay Province south of Turkey. Local sources in Afrin didn’t report any civilian casualties during the shelling, only material loses.

Turkish media claim that the Afrin area has become a heartland for the PKK militiamen lately. Moreover, many Turkish and pro-opposition Syrian sources claimed that Turkey is preparing to launch an operation with the Free Syrian Army (FSA) against the PKK in Afrin, inside Syria soon.

Turkish authorities announced on August 17 that it captured two AT-4 Anti-tank weapons from PKK militiamen in the southern part of Turkey. Many reports suggested that these weapons were supplied to the SDF by the US-led collation before the SDF had handed them  over to the PKK. 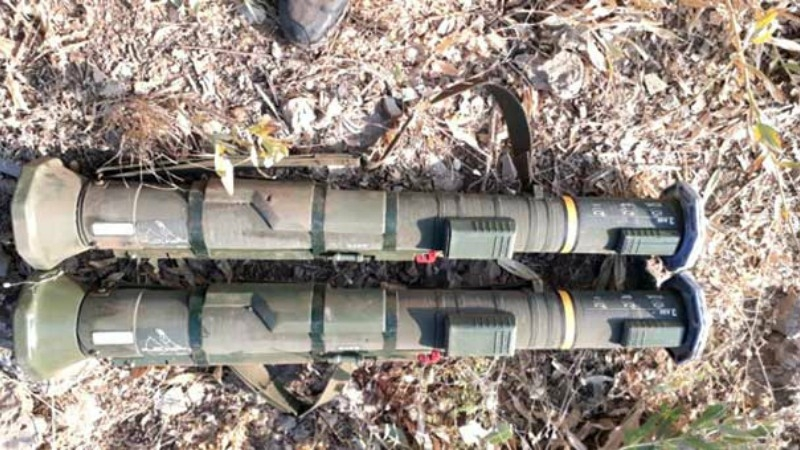 The AT-4 case is one of many reasons that may make long-term US deployment in Syria rejected even by some US strategic allies in the region.

Who elected him ? Nobody.

But, I have told that months ago. A role of ISIS is to invade Syria.

Wishful thinking. The Kurds have no respect, Syria has been one of the most secular and tolerant countries towards the Kurds. Thousands of Kurds especially from Turkey in the 1920s and later from Iraq increased the originally almost non-existent Kurdish population in the North and Northeast to over a Million before 2010. So they came to Syria bit by bit and ever since tried to become autonomous or even declare their independence. They always have been disrespectful and then even claimed the Syrian Government was harassing and discriminating them. But the opposite is true, they have been unthankful and land grabbing towards Syria ever since, because the Syrian Government never kicked their butts like Turkey and Iraq did. If anyone should give them land then surely it should be Turkey?

That what happen when you are too kind. Look what Americans have done for jews. Now, they are destroying USA. They bombed the USS Liberty.

Exactly, you are entirely right.

Someone must stab this little shit between his two chins.

Gary Sellars
Reply to  That Guy

OFAB-250 on his pointy little head…

you would not trust neither the Turks nor the Americans…go to buy a wig in case you have to flee from there!

Keep dreaming backstabbing gypsy Kurds, just wait until ISIS is dealt with, you’ll pay the price for your treason.

The PYD is run by Ocalan’s Son why do the many think these foreign Kurds from the PKK are Syrians , they only represent 15% of the Kurds. The reckoning is coming for both the PYD/PKK and the US they can see it coming, Pentagon is being nondescript in it’s timeline and Dillon is trying to sound like they will be their for years. This all sounds like it is getting set up for a fall and they are hoping all hell breaks loose and the US can come and pick up the pieces.

this would be turdistan will be completely landlocked, squeezed between the states opposed to the very idea, turdistan is not a viable organic state, same as israhell

That’s about as likely to happen as ‘ Assad must go.’ The U.S. is in Syria illegally. The territorial integrity of Syria is top of the list for all parties on the winning side.

The US presence in North Syria is a paper tiger. They will dump their precious SDF in the toilet the minute a determined and coordinated push from Turkey, Syria, Iraq and indirectly Iran begin on their territory. This most likely some time after the moderate terrorist pockets in the west have been cleaned up, the large ISIS pocket cleaned, Deir Ezzor liberated and backwater fronts have been cleaned.

“…US WILL STAY IN SYRIA FOR DECADES…”

They will not. And in the process they will lose the Turkish alliance forever…

Jeez, that creep is even looking like McMaster. And as always: Putin *invited* American ground forces into Syria; his move for dealing with them now that they’re making themselves comfortable.

How did they get there when the Turkish border is closed by a wall, the south is occupied by HTS and the east and southeast by Turkey and Assad? Did PKKers sprout wings?

Turkey finding two ATG made by US? US did supply many to islamists. As they are corrupt, some will be sold to PKK or Turkey is plain lying, as they did often. Meanwhile SDF found many turkish made ATG in the hands of both Islamists and IS.

As for US staying in Northern Syria, I doubt they will say so and Foggy Bottom will deny it. As Trump gave the Syria policy to the military to work out, it might be possible.

With no invite, the US just decides to set up base and no doubt claim squatters rights?

Kurd’s are enemies of Humanity. I call them ‘The Devils Solders’ http://ihr.org/

Yep, they said that about Nam too. Then the NVA came – and most died.

After the defeat of Al Qaeda and IS Syria will have to take out the damned Kurds.

So why did heather nauert say US has no plans to stay in Syria after Isis defeated?? Why so much contradictory statements coming from US??