On July 12, the U.S.-backed Syrian Democratic Forces (SDF) occupied a communication center in the town of Safiya in the northern al-Hasakah countryside, according to the Syrian Arab News Agency (SANA).

“This morning, fighters of the SDF expelled the employees [of the communication center] with force and warned them from returning after confiscating the center’s keys,” Jamil Bilal, Director of the Syrian Telecom Corporation in al-Hasakah, told the state-run agency.

The SDF’s move led to the collapse of landline communications in northern al-Hasakah. At least 880 subscribers lost the service.

The SANA reported that employees organized a sit-in outside of the occupied center to protest against the acts of the SDF. 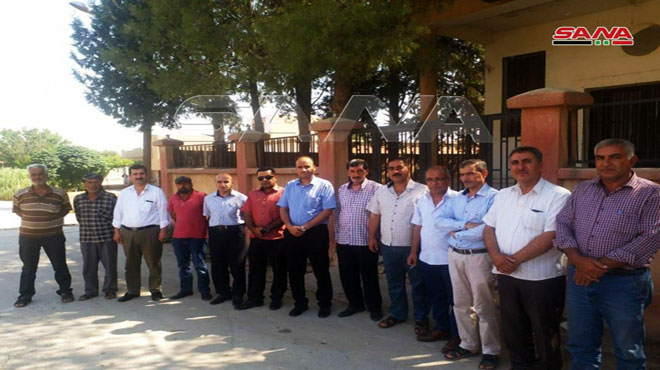 SDF forces occupied nine government buildings and state-owned properties in al-Hasakah city on June 27. The step was reportedly ordered by the U.S.-led coalition. On July 11, SDF fighters handed back one of the buildings, which belongs to the General Administration for Grains.

The U.S.-led coalition may be behind the SDF occupation of the Safiya communication center. With the center under their control, the coalition and the SDF could spy on some of the communications in northern al-Hasakah.

Collaborators are always destined to make an ignominious and painful end, so it will also be for these traitors sold to the occupiers.

Since I started working online from home, I earn $ 95 per hours. Amazingly, the only thing he needs is easy typing and internet access..hT3.. This job is really incredible and gives me a big share of income every day. I’m sure you’ll get the best result.. I started here

The word ” Ⓐ ” not add in the web address

You must be a collaborator with Arab dictator. We see how they end.

The Syrian government should arrest and remove the SDF criminal occupiers from government property.

The SDF leadership should be arrested for sedition. And the SDF disbanded. With those who qualify given government jobs. And the rest released into the civilian labor force to fend for themselves.

Well if Idlib was already liberated the SAA could focus on these vermin.. But since Idlib is still occupied by Al-Qaeda-Turkia army they can’t really focus on two parts simultaneously.

Spy on Isis too.