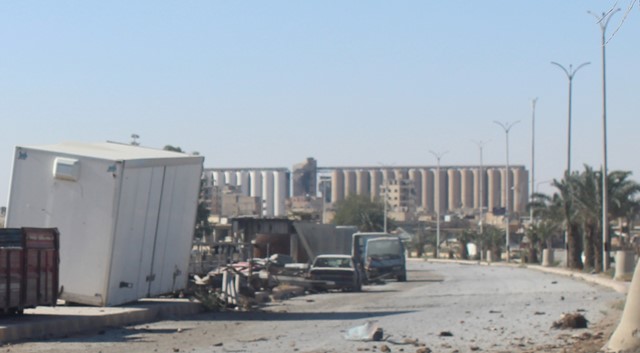 A look at the Grain Storage in Raqqah. Source: sdf-press.com

On Monday, the US-backed Syrian Democratic Forces (SDF) seized the a grain storage area in the central part of Raqqah from ISIS, according to the SDF media wing. The SDF as well as the Kurdish People’s Protection Units (YPG) released photos  of the area confirming this claim.

The #YPG-led #SDF has liberated the main grain silos in #Raqqa from #ISIS terrorists. Clashes continue in the area with fighters advancing. pic.twitter.com/bvxofZmHK6

According to the YPG, clashes are still ongoing in the area amid the continued  advance of the SDF. Despite this advance, parts of Ramelah and Tishrin neighborhoods remain contested.

A pro-opposition media outlet known as the Syrian Observatory for Human Rights (SOHR) claimed that the ISIS defense fully collapsed in central Raqqah and that the battle will be finished in few days. However, this claim is very questionable. 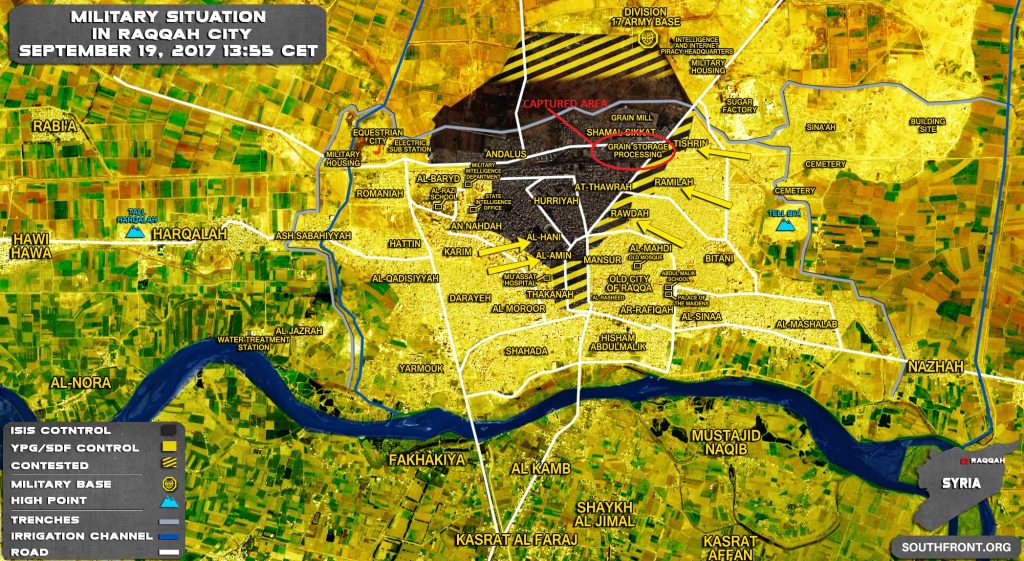 Meanwhile, the General Command of the SDF released an official statement, claiming that the SDF has taken control of 80% of the city, including Tishreen, Rumaila, Al Rawda. However, no photos or videos have been confirmed to confirm this statement.

how many terrorists did these zio lapdogs kill? not mention and wonder why

Credible information is coming to me that US has offered huge money to the remaining ISIS commanders inside Raqqa to surrender and be airlifted to a safe zone or anywhere of their choice. The source said that the battle will indeed come to a close sooner than previously anticipated by the experts. The reason for this is because of the situation in Deir Ezzor where the price is very high. US is also offering money to some commanders over there – some to concentrate more power against the Russians and SAA and other to leave their positions so the Kurds can quickly capture them and foil the SAA plan at liberating her territory from ISIS. This is looking ridiculous now from the American side. Remember, they keep talking about fighting ISIS but it is clear that they are after Syria’s resources.