On October 7, the Syrian Arab Army (SAA) closed the Taiha crossing between the town of Manbij and the city of Aleppo following clashes with security forces of the US-backed Syrian Democratic Forces (SDF), according to the Syrian pro-government news outlet Damascus Now. Photo of the the Taiha crossing after the clashes, by the Damascus Now

Syrian opposition sources confirmed the Damascus Now report and said that at least one solider of the SAA’s 4th Division was killed during the clashes. According to the quoted sources, the SDF closed a crossing with the government-held areas in the governorate of Deir Ezzor few hours after the closure of the Taiha crossing.

Last month, the SDF’s security forces killed more than eleven personnel of the Syrian Military Intelligence in the northern city of Qamishli after accusing them of entering their part of the city without permission. Later, the SDF’s political wing expressed its regret and an investigation was launched into the incident.

The SDF’s security forces and the Damascus government have not commented on the clashes in the Taiha crossing so far. This likely means that both sides want to solve this issue away from the media as they have done many times before.

There is only one way to resolve this problem! A Blitzkreig, by the SAA and its Allies, to smite these craven traitors; but not until the SAA AD regiments are fully up to speed with their new equipment.

Well, then they should by cameras in stead of tanks.

Everyone here knows you are but a Zionist Kok suker, buy condoms for the jew-boy Shol’m Jen…………..

For the record, this area is still a patchwork of militia fiefs, some Kurdish some pro-Damascus. To me its surprising this didn’t become a big issue sooner, but either way this will probably end with Damascus taking direct suzerainty of the whole area.

So The first sentence defined the end of the second sentence.
Suzerain of Damascus. It seems that the definiton would apply to the State of Syria.
Just saying as I’ve never come across suzerainty before had to look it up Used
Merriam – Webster for my source.
Knew about the first sentence but not enough to put a thought together on it.
Having read that it is problem for Damascus to unite these diverse forces.

It seems strange, and even quite wrong, to me to refer to the democratically elected Syrian government in Damascus as a “suzerain” — especially under the connotation of an outside despotism asserting control over some region not their own — when the Syrian government is simply attempting to reassert soverienty over all of their own internationally recognized territory. 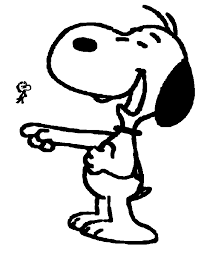 SDF probably on the road to collect tolls.
They operate like a crime group.

We have openly operating crime groups in the UK as well. They are local councils who operate ‘tool booth’ style car parking ,with penalties for not being compliant :)

“tool booth’ style car parking“ what is that? did not understand the expression

It was a fat finger typo :)
I meant to type ‘toll’.
Thank you for bringing it to my attention :)

:-) honestly my mind went that you have to park in a special way never went to toll. Here we both laugh cheers.

:) :) :) Britain is becoming more of a Police State everyday.

The Police do not catch many burglars now or catch many fraudsters and local thugs. They rarely confront bands of Gipsy thieves either.

The police are very quick to arrest people who use words such as fat,skinny,faggot,lesbian, etc as they can cause in legal jargon ‘ Alarm and Distress’ to snowflakes .

Same way in Greece with the exception of our territory, as far crime from the imported trash goes and they forbid mass media reporting them. It is bad all over my friend unless you enforce the law yourself something we do enthusiastically as I said where we are.

But if you go where the worthless citizens of greece live like the major towns, then you realize maybe you lucky you living there and not here. The sold out of the country happens in double time.

Oh, I better rethink my visit home at Christmas if I can get arrested for those words.

Just remember they also arrest, witnesses of terrorist attacks that dare shout abuse at the terrorist.

The whole thing today, is madness.

I also have this problem Florian.
Was thinking about ordering one of these. :) 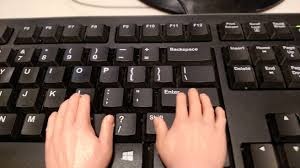 I assume this is merely a photo-shopped image. Or, does somebody actually make such a gaint keyboard?? God knows someone as dyslexic as I am would purchase one in a heartbeat!!

Look up Razor giant keyboards.
But they take up a lot of space. :)

I paid like $300.00 or $400.00 in “tolls and tips” to my guide who paid them to the “toll and tip” collectors to get inside and stay inside the big pyramid on the Giza platue at exactly during the once every 26,000 years winter solstice 2012 galatic alignment to be exposed to a high dose of cosmic energy to develop the enhanced abiities of an Egyptian priest.

This included a heart pounding 1 mile galloping camal ride to get to the pyramid entrance over the dunes at the last minute to avoid missing the time window with both myself and the camal driver on top of a big strong camal together. He got me there on time and everything went as planned. I felt like Richard of Arabia LOL.

The whole trip cost me like eight grand, not counting lost income from the 2 weeks that I was away. And it was right in the middle of the revolution with my hotel room 1 block off of Tahrir Square. I met and got to know a black Egyptian with a doctorate from a university in England who worked in the Egyptian museum on Tahrir Square. He told me that during the rioting that followed Mubarak’s fall that the museum guards fled leaving hundreds of millions of dollars of gold and antiquities unguarded. And that he and some of the other workers stayed to guard the museum as best they could.

One night a group of robbers armed with machine guns and explosives entered the museum and headed straight for King Tutankhamun’s display containing the solid gold funerary mask that I saw when I visited the museum. It’s locked in a bullet proof glass vault. The workers couldn’t stop them. As the robbers approached the vault with the explosives to set the charges to blow it open and steal the display. Something non conventional happened and their faces contorted in terror and they turned around and fled the museum never to be seen again.

So is the pyramid portal pointed in the right direction, Orion’s belt or other ?
Sounds like a Indiana Jones adventure, is it on tonight on cable.
Going to check it out right now :)

Soon to be on YouTube via camcorder and bodycam. If I don’t end up dead or go missing in the process.

Very strange its a oneway.

To me SDFs mainly(I do not know here) clean crime and fire with fire. Fine with me.

But if so its certainly only seemes to be an addiction to the Baathist borned as criminels.

It should go the other way by SDFs making less crime. But are those, if its by SDFs, the criminal ones. They might fight crime hard. Those normally are very hard ones and sometimes too hard.

I just looked up Taiha on a map. It’s south of the highway near where it branches off to bypass Manjib. There’s more villages to the SE from there all the way to the highway that crosses the Tishrin Dam and goes on to Raqqa, Dier Azzor, etc. That highway dead ends into another that goes up to Manjib. The road in the above pic looks rather new, so I suspect that the SDF constructed an improved road from Taiha to the Tishrin highway as a shortcut to bypass the longer Manjib route for commercial traffic and are collecting tolls to help pay for it’s cost. The SDF must be collecting a fair amount of tolls for a local SAA militia to try taking it over for themselves.

The SDF and Damascus had past problems with local SAA militias that fought with the SDF and each other for control of certain areas where they hoped to collect tolls, taxes and tariffs on goods in transit in commercial trucks.

While the US evacuates more ISIS from Deir Ezzhor they instruct their proxies to cause distractions in Aleppo and Latakia … the empire of chaos knows no shame at all – they have lost but they just have to keep the death & destruction going for as long as possible.

Just evil assumptions from You. Dirt on Your night pillow becomes dirty facts.

Its medicine for me as Muhammed learned Noah.

My pigs are smiling every time they see Your name. You are pink or oink ?

Wander back into the desert.

SDF is actullay the US and UK groups in Syria called ISIS that have intruded into Syria from US and UK for the Syria destruction and taking its oil and gas assets.

I allow me to see very much like that as herrasments from Damaskud to delay and avoid supply to some into the SDF zone.

Its made on purpose just as all the propaganda SDFs doing nothing in east.

I partly can agree with FlorianGeyer. When so many hardly has nothing, we know all kind of problems goes up whereever and whenever it can.

A good example from the SDf zone were spread out drug problems. Too few understand how millions are feeling bad in wars having nothing, having lost familily and friends having only day to day food and low medical care.

Its understandable people by that feel for treating themselves with hashes and even opium. It even grows wellin the neigborhood.

In the other hand its not only terrible to be depended. We hqave to add the much money and money makes too many into crime – some are kind of excused or ar least explained.

Probably US special forces trying to start a war between Arabs and Kurds.
If the US can’t win, they will spoil it for the victors, it’s the American way.

SDF is already infiltrated by extremist who is working on behalf of US Zionist to create problem between SAA and The kurds who want to negotiate and join Sryian unification . SDF political wing should take measure before it to late and create full blown war . and Kurds will defently suffer bcuz neither turks or neither Iraqi will give kurds any chance.

The zionist Mafia stooges carrying out their stupid orders,,i wonder how much money they have been promised to destroy their own country ?