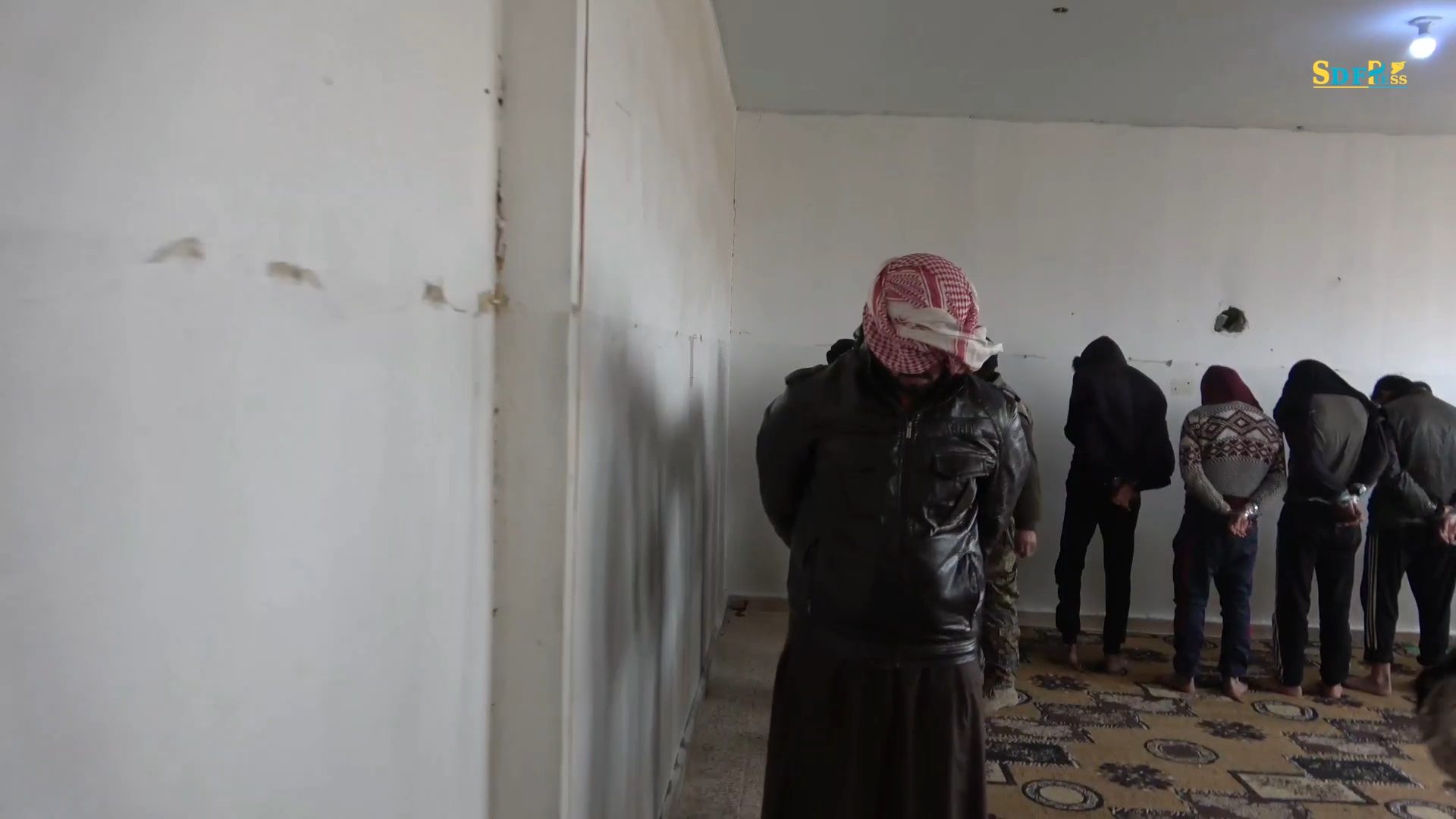 On February 18, the US-backed Syrian Democratic Forces (SDF) shared details of their large operation against ISIS cells in Deir Ezzor.

The operation was launched on February 4 to avenge Saada al-Hermas and Hind al-Khudair, two local SDF officials who were assassinated by ISIS cells in southeastern Deir Ezzor last month. The SDF finished the operation, which covered the entire SDF-held part of Deir Ezzor, on February 14.

In an official statement, the SDF reveled that 87 members of ISIS cells in Deir Ezzor were apprehended in the course of the ten-day operation.

The captives included the assailants responsible for the murder of al-Hermas and al-Khudair, as well as Ibrahim Abdul Razak, a local ISIS commander known as “Hitler.”

“During this operation, we dealt a severe blow to ISIS’s attempts to revitalize itself and intensify its activities, and the campaign achieved its goals,” the statement reads.

SDF units also uncovered a tunnel dug by the terrorist group in the town of al-Dshishah in the southeastern countryside of Deir Ezzor.

In the course of the operation, the following weapons were seized by the SDF:

The large-scale operation have inflicted some losses on ISIS cells in Deir Ezzor. However, it didn’t end the terrorist group’s presence in the region.

I was thinking exactly the same thinh, Ali :)

Americans put them into zipfiles and they becomes small and invisible, so they are hard to see.

The Assad intelligence and milisias right now are seeing all Ghostbuster movies to be inspired.

It’s a fucking desert, why it’s so hard to find them?

This is Bullshite, absolute crap dressed-up as a Yanki Is’RaHelli fukin parable. SDF Propaganda like 5 years ago when ISIS were putting up fierce resistance against the SAA, Hezbollah and Tiger Forces while being slowley crushed by the indominatble courage of the SAA and its allies as they ground their way to Deir ez Zur and Al Mayadin. While on the other side of the Euphrates ISIS vanished like water vapour in front of the SDF and magically reappeared on the south side of the river to die as part of the Great Yanki Is’RaHelli global war effort against free nations. It is not beyond the realms of imagination that the alleged prisoners are SDF personel. Whichever way it is they are the lowest of the low and need to be exterminated in the name of freedom

This is what the SAA should be trying to do, capture or arrest some of them, that’s how they’re going to beat Isis, with good intel.