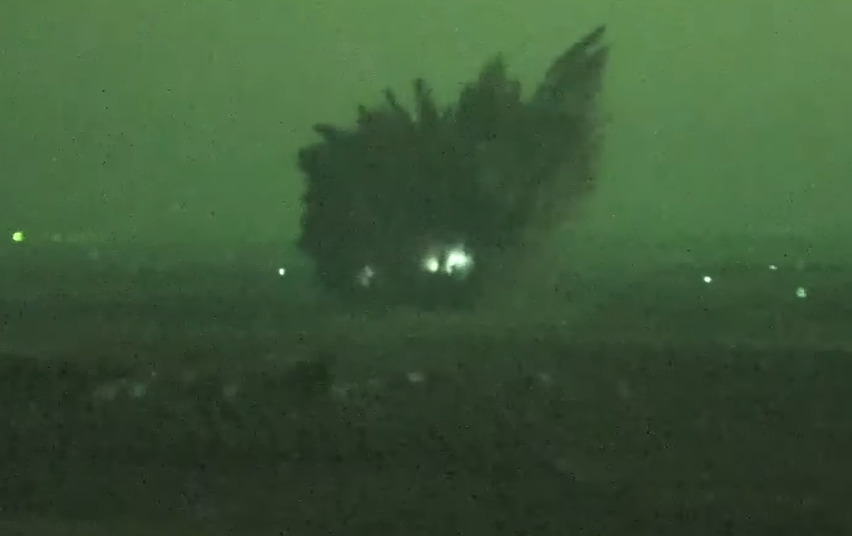 Screen grab from the video released by the SDF.

On September 10, the Syrian Democratic Forces (SDF) shared a video documenting its recent attack on a Turkish military post located in the Syrian village of al-Yashilly next to the Turkish-occupied town of al-Bab in the northern countryside of Aleppo.

The attack, which took place on September 7, was carried out by the SDF’s main formation in the northern Aleppo countryside, the al-Bab Military Council (BMC).

During the attack, the BMC blew up the Turkish post with what appears to be a tunnel bomb. BMC fighters also targeted several fortifications and vehicles situated around the post with anti-tank guided missiles.

The BMC claimed that Turkish forces sustained the following losses:

From its side, the Turkish Ministry Of National Defense acknowledged that a single service member, an officer, was killed and four others were wounded. Turkish sources also shared photos showing the wreckage of a M113 armored personnel vehicle that was destroyed by the tunnel bomb.

In a statement, the BMC said that the unprecedented attack was a response to recent Turkish drone and artillery strikes which claimed the lives of several fighters and commanders of the SDF.

The SDF’s attack on al-Yashilly post confirms that the Kurdish-led group has both the will and the means to launch large-scale operations against Turkish forces in northern and northeastern Syria.

The Turkish army is incompetent and soon this Insurgency will move inside Turkey .

hahaha, the turkish dogs finally get what they deserve

This is how you make Turkish Kabob!