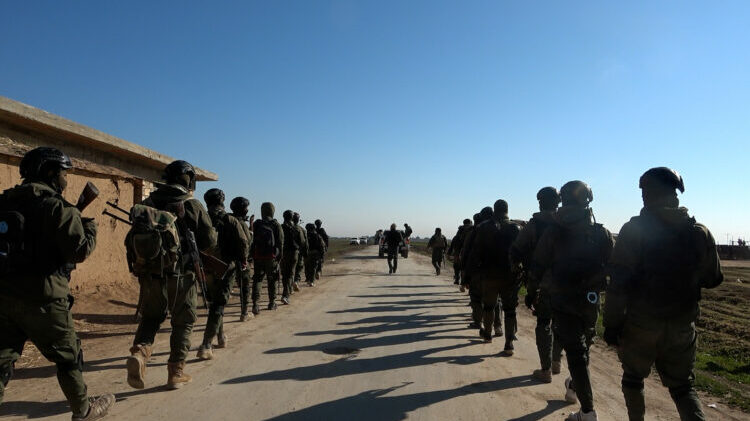 On January 25, the Syrian Democratic Forces (SDF) launched a security operation against ISIS cells in the northern Syrian governorate of Raqqa.

In a statement, the Kurdish-led group said that the United States-led coalition will support the operation which is a response to the December 26 ISIS Raqqa attack. At least six personnel of the group were killed in the attack which targeted a security center in Raqqa city.

“[The operation] main aim is to pursue and arrest the members of terrorist cells, especially the dangerous ones, and destroy channels of communication between them, as well as to remove their potential hideouts and dry up the supportive environment for them, including elements who facilitate and cover up for them, in addition to recruitment and grooming networks,” the statement reads.

SDF units have already carried out a series of raids in Raqqa city and the countryside, mainly in the towns of al-Karamah and Sarrin, in the framework of the new operation.

To this day, ISIS maintains a fairly strong influence in different parts of Raqqa, including the city center and the southern countryside.

Earlier this month, the SDF launched a similar security operation against ISIS cells in the neighboring governorate of al-Hasakah with direct support from the U.S.-led coalition. More than 100 suspected terrorists were arrested during the operation.

The SDF is likely trying to itself as a counter-terrorism force by stepping up its operations against ISIS in northern and eastern Syria.