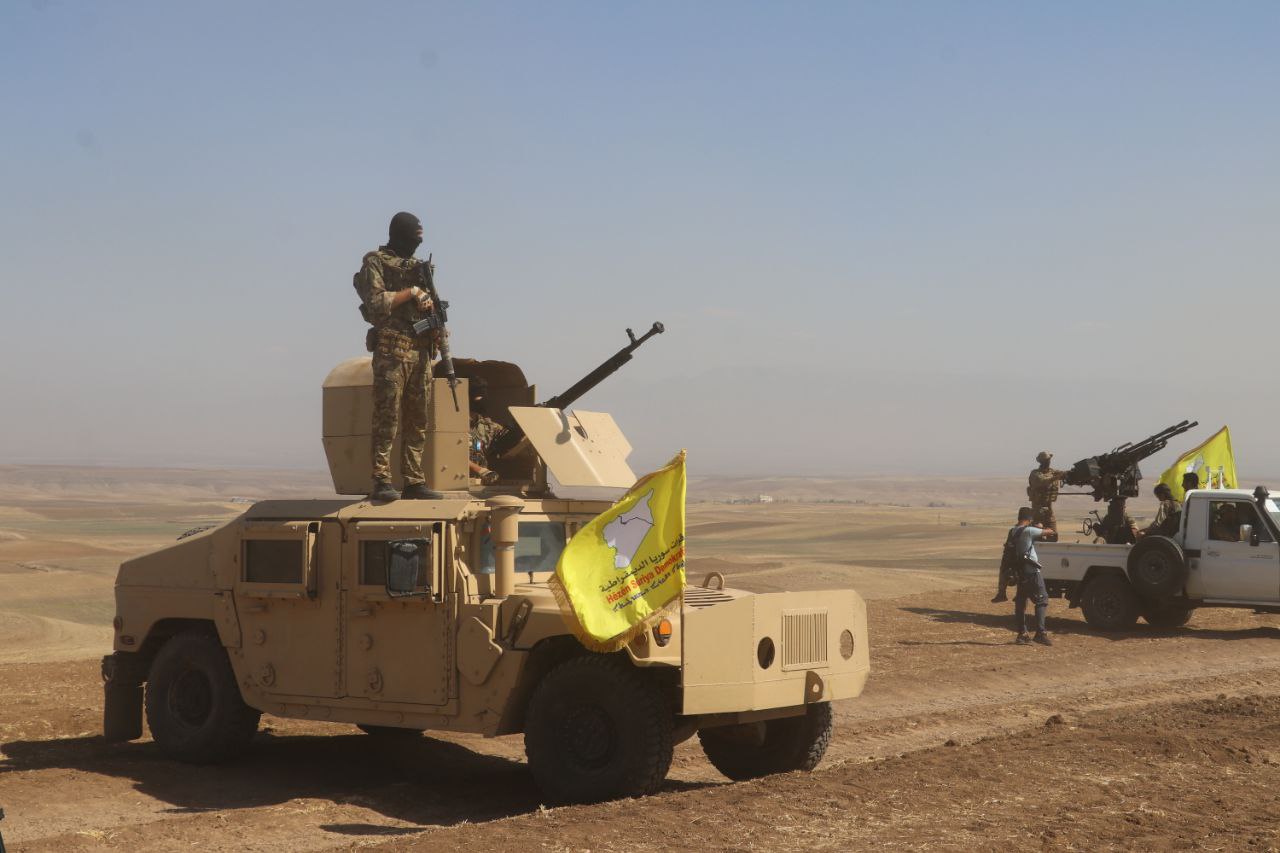 The Kurdish-led Syrian Democratic Forces (SDF) had stopped all joint counter-terrorism operations with the United States-led coalition as a result of Turkey’s repeated strikes on its territory in northern Syria, the Reuters news agency reported on December 2.

Turkey launched an operation against Kurdish forces in Syria and Iraq, codenamed Claw-Sword, on November 20, in response to the November 13 deadly bombing in Istanbul. Ankara believes that the core faction of the SDF, the People’s Protection Units, was involved the bombing that claimed the lives of six people and wounded more than 80 others.

So far, the operation has been limited to air and artillery strikes. However, President Recep Tayyip Erdogan and other senior Turkish officials have already warned of a near ground phase.

Aram Henna, a spokesman for the SDF, told Reuters that “all coordination and joint counter-terrorism operations” with the U.S.-led coalition battling remnants of ISIS in Syria as well as “all the joint special operations we were carrying out regularly” had been halted.

Turkey launched three ground operations against Kurdish forces in northern Syria in 2016, 2018 and 2019, all of which led to mass displacement of civilians.

During a telephone call on November 30, U.S. Defense Secretary Lloyd Austin told his Turkish counterpart, Hulusi Akar, of his “strong opposition” to a new Turkish ground operation in northern Syria.

On the same day, Russia deployed troops near Tell Rifaat, one of three towns which were recently named by President Erdogan as main targets of any new operation in northern Syria with the other two being Manbij and Kobane.

The recent moves by the U.S. and Russia may not be enough to stop Ankara. The Turkish military and its proxies have reportedly completed all military and logistic preparations needed to launch a ground operation against Kurdish forces in northern Syria.

Oh boy, who could have guess that coming? I’m surprised.

Watch as these Kurdish gangs somehow loss/free some Wahhabis in the areas they hold and ask the US to “do” something about it or just blame Turkey. After all, the US only reason to stay in Syria to fighting their puppets (Wahhabis/ISIL). Didn’t they did the same shit before… how that ended for them.

That’s correct, they even persecuted Assyrians. The real victims of that conflict. On the other hand, most Turkish Kurds and Iraqi Kurds support Erdogan, especially the right wing ones, so Turkey and Iran will cooperate in order to obliterate far left Syrian Kurdish and Iranian Kurdish groups once and for all, with America and Russia unable to do anything.

The far leftists of PKK are provoking and we will have another invasion of Syria by Turkey and supported by Iran, Pakistan, Azerbaijan and the Central Asian states. And the whole world, including Arab states, except for Assad regime and UAE will stay silent.