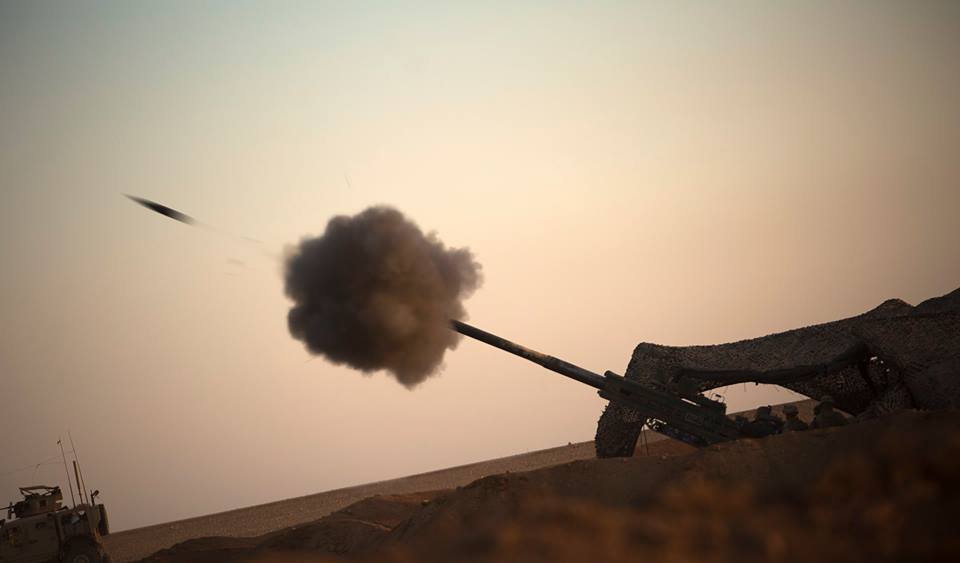 The Syrian Democratic Forces (SDF) claimed on Wednesday that it has captured Hittin district from ISIS in the western part of Raqqa city. SDF fighters also discovered an ISIS arms depot in western Raqqa.

Meanwhile, the SDF continued attempts to advance in Al-Nahda and Al-Dir’iya districts in the western part of Raqqa city.

Since the SDF has managed to encircle ISIS fighters inside Raqqa, clashes have intensified. Now, ISIS fighters defend their positions more fierece, especially in the eastern part of the city. It seems that the battle of Raqqa, although not as brutal as the battle of Mosul, may last for at least more than three months.

According to pro-government and opposing sources, 43 civilians, including women and children, lost their life as a result of an air strike by the US-led coalition warplanes on Al-Jamiliya district in Raqqa City.

I totally agree with your name.

For once I agree with Assad when he named the assault by SDF on Raqqah a legitimate fight.

SDF will become much stronger as a result of the assault on Raqqah. Their numbers are increasing very rapidly, even from the refugees out of Raqqah and Tabqah, while they are receiving massive amounts of heavy arms and more and more of their numbers are and will be battle hardened.

SAA cannot attack them without airsupport and why would they? SAA needs to get to DeZ, which will be enough of an effort to fully occupy them.

In their stead I would worry about Turkey taking away two new regions from Syria and I would not be surprised as later generations of Syrians would remember Assad as the president that destroyed most of his country and gave away Idlib and maybe even Afrin to Erdogan.

The NDF’s are all Syrian nationals fighting for their home regions, so that more than qualifies them being a legimate force.

I( was reacting to MadMax who claimed they are NOT.

The same as you are saying goes for the SDF, ipse facto, you must consider them to be legit too.

So where is the media outcry like last year when sas was kicking alnusra ass in aleppo, hmmm silence how odd. Goes to show Who the media supports dont it?

Spent casings are not an “ISIS arms depot”, unless they intended to throw them at enemies.

HAHAHAHAHAHA, that IS NOT an arms depot! HAHAHAHA! They are used shells and empty boxes! HAHAHAHA They think we are so dumb!

The propaganda is off the charts now!