Alleged photo of the SDF’s LGBT military unit in Raqqah

Mustafa Bali, the director of the Syrian Democratic Forces’ (SDF) Media Centre, has denied that the SDF has a LGBT military unit that participates in the battle for Raqqah.

“Social Media sites today reported on the formation of a battalion of homosexuals within the Syrian Democratic Forces (SDF) in Raqqa,” Bali said in a statement on Tuesday, according to ARA NEWS. “We in the Syrian Democratic Forces (SDF), while emphasizing our deep respect for human rights, including the rights of homosexuals, we deny the formation of such a battalion within the framework of our forces and we consider this news to be untrue.”

Earlier reports appeared that a group of volunteers had formed a LGBT military unit within the SDF. The so-called Queer Insurrection and Liberation Army (QILA) released a photo allegedly confirming their participation in the US-led Raqqah operation and declared that they joined the SDF in order to defend the rights of sexual minorities.

This is not what the Syrians are fighting for, it is just the Americans promoting their Homosexual Agenda wherever they could in order to destroy family life.

Are abortions legal in Al Bab like in Turkey???????

Ok, let me tell once and the final time so you can STFU about abortion rights!!
-Less than %1 of abortions are because of incest/rape.
-There are rarely ever cases that abortion saves a women’s life. In fact it is the opposite, abortions are more likely to kill the women than giving birth (if she is healthy).

-Doctors performing abortion use indiscriminate techniques like sucking the baby, or tearing the baby apart and crushing its head if it is too big. Recommended not to be searched on the internet.

-Most people doing abortion have not used any contraceptive so it is the women’s fault.

-55 million un-born children have been killed since abortions have started.

-Many women regret having an abortion after knowing what happens.

-Doctors performing the surgery are getting filthy rich and generally do not do many safety procedures as to lower the cost.

-There is a shortage of children and babies up for adoption, and if the women who do not want to take care for a child, instead of getting an expensive adoption, should just leave the baby in front of the police or fire department to be taken care of for free and no paper-work.

-The fetus inside mother has a heartbeat at 2 weeks and can feel pain at 14 weeks. The children can live outside the mother with little help at 5 months of age.

-THERE ARE MORE IMPORTANT THINGS THAN “ABORTION RIGHTS”!

Edit: This message is directed to everybody who thinks abortion is O

Is it legal for a palestinian to cross the apparthii wall in Israel without being shot ?

If Al-Qaeda will know that, will copy it :D LGBT units made by 8 years female childrens killed by chemical attacks :D

Only where the US is involved we get bullshit in the middle of an existential battle for Syria.

They shouldn’t be in Raqqa anyway since they should let Raqqa starve while they bring abortion rights to the oil fields near Dier ezzor!

The US is such a filthy country and promoting this filth everywhere they go. I think I’m going to throw up.

All very staged propaganda of course…
What’s most interesting is they are calling isis fascist, which they are not, nevermind that SDF is communist(of which fascism, national socialism(nazis) are the same) In fact, isis is essentially a roving band of theives like in early middle eastern times, and practice absolute literal translation of the quran. Like take for example: If the quran says you must kill someone for stealing a loaf of bread… Well… that thief is a dead man(they don’t, they cut off the hands)… So no… ISIS is not fascist, ISIS is islamic government(sharia), which is not any other form of government but is a mixed religous pesudo tyrannical form… Depending on where you go there are different extremes of course…

To the radical left anyone who disagrees with them is a fascist.

Who can then conveniently be beat up by AFA thugs. Cause after all, fascists are fair game to them.

Bands of mercenaries. ISUS’s shaky grasp on islamic tradition is well documented, but not much publicised in the west because part of the globalist agenda is a “clash of civilisations”. It suits them that everyone thinks these morons are dedicated muslims (which they are not). ISUS is a carefully crafted weapon against peaceful islam.

this is a joke isnt it?

very silly propaganda by the LGBTs there….this is war…you know victims, killed, blood etc?not a parade on underwear and leather….stupid ‘faggots’ as the banner says. they mix sexual orientation or disorientation to be exact with politics (fascism?) and anarhcy????braindead morons

LOL – this obviously has nothing to do with the Trump announcement !!!!.

DutchNational should love this post!
He is Gay also and loves the SDF!
A Wet dream come true for DutchNational!

DouchNational is busy beating his chop…

USA, keep your fagotry away from Syria. Let it destroy you alone but don’t spread it around the world, especially in Syria.

christianblood
Reply to  That Guy

You are right. Watch the video clip below and see how Africans are fighting back against U$, Western fagotry:

Ok, I’m magnanimous in victory. I don’t mind ISIS having one last fling…. as in flinging a bunch of faggots off a tall building. 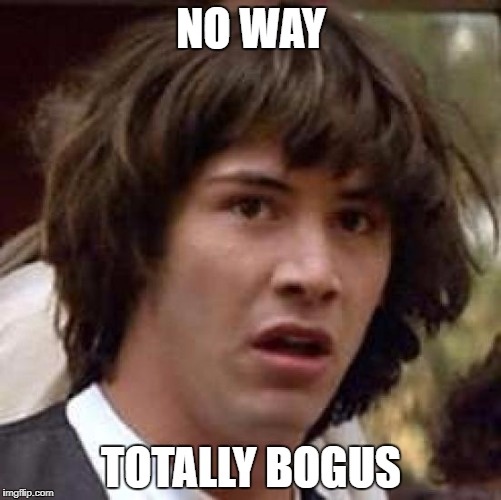 They shouldn’t be in Raqqa anyway since they should let homophobic Raqqa starve while they bring abortion rights to the oil fields near Dier Ezzor!!!!

So, the SDF media relations department had the bright idea to attempt to generate some positive publicity in the US liberal MSM sector – as fixated on identity politics. But SDF have to tread very carefully, as in US liberal identity politics, the ideological hierarchy of the ‘oppressed’ is volatile – specifically around issue of Muslims and racism, so SDF forced to resort to holding up standard US campus/ protest style Social Justice Warrior slogans and banners that are about opposing the rather vague concept of ‘facsists’ – as opposed to the rather more obvious and very real militant Islamic extremists in northeast Syria. These slogans are written in English of course, for a US media audience – out of curiosity how many average Kurds are there who are both bi-lingual and bi- literate…?!!) Yet, at same time as all of this farcical pandering to US liberal MSM, the SDF are denying any fighting presence of the allegedly gay rights focused SDF unit in Raqqa – most likely due to the colossal embarrassment of the actual fighters in an extremely traditional and conservative region.
It’s so absurd you couldn’t make this stuff up.