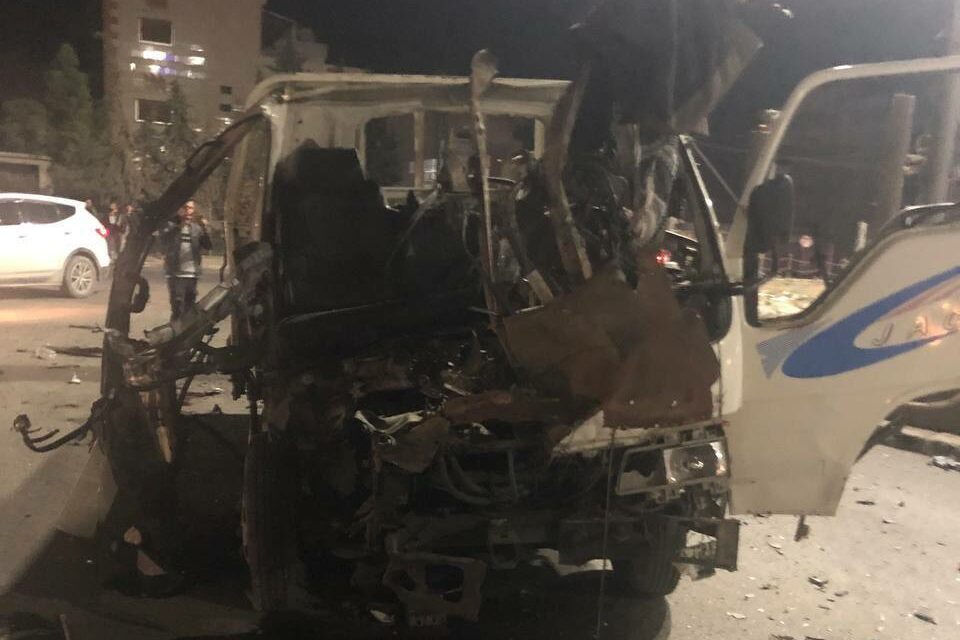 Late on November 23, a Turkish drone strike targeted a senior military commander of the Kurdish-led Syrian Democratic Forces (SDF) in the northeastern Syrian town of al-Qamishli.

A mini truck that was carrying the commander, identified as Rezan Gelo, and two other people was struck while it was passing near al-Qarmouti roundabout in al-Qamishli, which is jointly held by the SDF and Syrian government forces.

Citing local sources in al-Qamishli, the Russian Sputnik news agency reported that Gelo was killed in the Turkish drone strike. However, the London-based Syrian Observatory for Human Rights said that the driver of the mini truck was killed in the strike while the commander was severely wounded along with another unidentified man.

Gelo is a prominent commander of the Kurdish People’s Protection Units (YPG) who served as the “defense minister” of the SDF for a period. The commander, who allegedly has ties to the Kurdistan Workers’ Party (PKK), worked closely with the U.S.-led coalition. 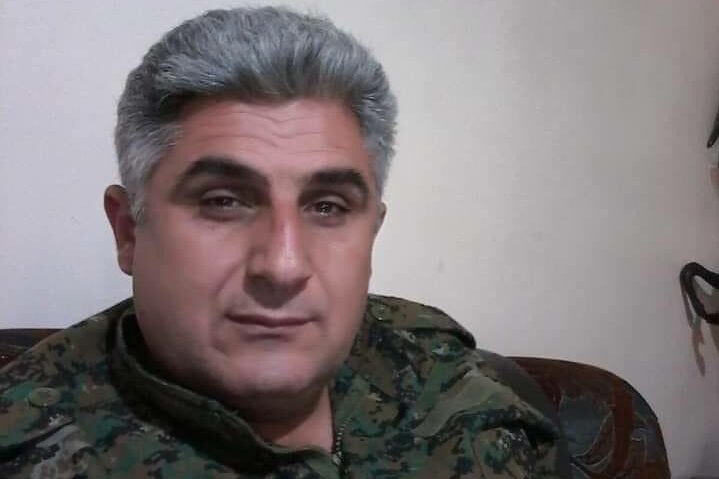 The drone strike on al-Qamishli was one of at least 18 Turkish strikes that targeted the SDF’s areas of influence in northern and northeastern Syria on November 23. The airstrikes targeted several positions of the SDF and government forces as well as a number of oil and gas facilities.

The strikes were carried out in the framework of Operation Claw-Lock, which Turkey launched on November 20 against Kurdish forces in Syria and Iraq in response to the November 13 Istanbul bombing. Ankara blamed the deadly terrorist attack on the PKK and the YPG, the core faction of the SDF.

Turkish President Recep Tayyip Erdogan have already warned that the operation could soon morph into a full-on invasion of northern and northeastern Syria.

Good news from the Middle East.

Theoretically, he could become the father of 10 new Islamists. He is now thoroughly sterilized.

Were are the USA ??? Why did not provide cover for SDF fighters…???

The US troops are in their bases in the Middle East, they can’t and wouldn’t leave those bases no matter what.

The US welcomed the Turkish attack on PKK, YPG, and SDF. Buddy the US couldn’t give a fuk about these Kurdish gangs, they are using them as a cover to train ISIL and steal from Syria.

Also, if you didn’t know, the US was very much displeased when Kurdish gangs just run like apes when Turkey invaded N-Syria and occupied SDF areas. SDF/Kurdish gangs are worsened than the Afghani “army”.

When Turkey as a “NATO ally” is more important than the U.$. military in Northern Iraq and Syria being sacrificed in support of the Kurds since 2004 https://news.antiwar.com/2022/11/22/white-house-says-turkey-has-right-to-defend-themselves-from-kurds/ because .gov WILL DO ANYTHING to ensure Turkey’s control of the Bospherous in order to start WWIII with Russia before Pox Americana completes it'”$” financial bottom to the aby$$!… https://www.zerohedge.com/markets/howls-outrage-after-new-york-times-confirms-sbf-speak-alongside-zelenskyy-yellen-dealbook

One can only hope those SA-400s that Russia delivered to the Turks more than 5 years ago have launch codes controlled by Russian “authorities”… Or they sold them an inferior product to what the Russian military uses?!!!… Rinse and Repeat for China and India as they are ALL 3 on board UN members to the Ca$in0!!!

The whole middle east project, its end result is to open the door into Iran. As we can see with the protests in Iran, it was fomented in the Kurdish region. If the Iranian kurds break off and join the defacto Kurdish state, the US will have an entrance into Iran.

“If the Iranian kurds break off and join the defacto Kurdish state, the US will have an entrance into Iran.” The U.$. will have neither as it is out of time, morale and money!…

When you get in bed with evil, evil things happen to you. The Kurds are extremely short sighted, as well as having very poor memory. They don’t remember who gave them sanctuary when Iraq and Turkey we’re killing them. They don’t remember who supplied Saddam with those CW that he killed god knows how many Kurds and Iranians with. Why would they have the complete stupidity to join the US yet again after being fodder so many times before? It appears the US decided that Turkey is more important than the Kurds and they probably didn’t like the idea of the Kurds working with or talking to Assad. The Kurds should have seen this coming a mile away. The US was never going to side with the Kurds over Turkey. Ever. Besides, who designs US policy? This recent love affair between Israel and Turkey, called Azerbaijan says where they lay at night. But, as always the target is Iran. Several times before, the Kurds tried to talk to the Syrians when things got rough, but always returned to the US. Maybe now they should just go directly to Israel for aid.