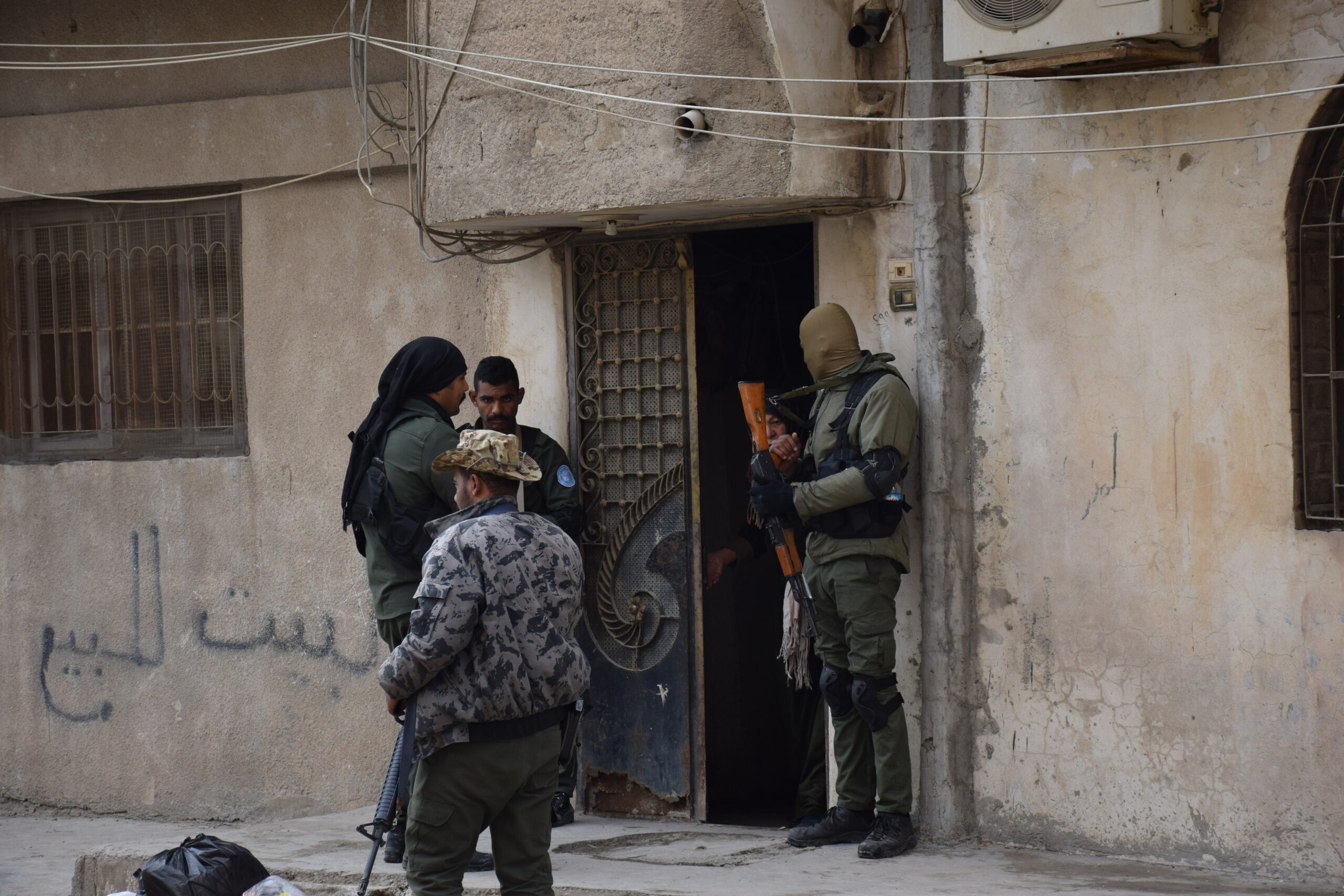 The US-backed Syrian Democratic Forces (SDF) continue to search for hundreds of ISIS terrorists who fled Geweran prison in the northeastern Syrian city of al-Hasakah nearly two weeks ago.

ISIS prison break attack, which started on January 20, led to a heated battle in Geweran and nearby areas. Only on January 30, the SDF, with support from the US-led coalition, was able to secure Geweran and its vicinity. Still, the group admitted in a statement on February 1 that more than 400 terrorists, who were held at the prison and managed to escape during the attack, are still missing.

A report the al-Quds al-Arabi revealed that around 200 terrorists fled the prison in the last days of the battle under a secret deal with the SDF.

According to the London-based Syrian Observatory for Human Rights, the battle of Geweran prison claimed the lives of 268 terrorists of ISIS, seven civilians and 98 personnel of the SDF and its security forces.

As of February 2, SDF fighters are still counducting a large-scale combing operation in al-Hasakah on the hopes of capturing terrorist escapees who may be still hiding in the city. Two suspected suicide bombers were reportedly shot and killed near Geweran prison.

Meanwhile, many civilians who were displaced as a result of the battel between ISIS and the SDF are returning to their houses in al-Hasakah city southern districts.

ISIS attack on Geweran prison was a large blow to the SDF and the US-led coalition. The attack exposed embarrassing flaws in the security measures implemented by the two in northeastern Syria, where the terrorist group’s influence continues to grow.

jens holm
Reply to  the end

You are far out Yourself. If they were, they already was in the Homs desert for years and not kept.

These clowns ask yanquis where they hide them.

We have seen how Erdogan count to 51%. Now statistics for inflation is decided by him too.

If he was in Saudi-Arabia it would be lower, because he has lost a hand or a foot.

If You go to a smaller home, its easier to clean.

SDFs has asked for help for many years and hardly get any.

Coiuntries for good and bad reasins wont take those jihadists back. SDF not even has a legityime court and has asked for help fot that.

I dint think SDFs deserve this.

I see this as a hard blow for the rest of the world. Most of them are grown in muslims gardens, where very bad systems given them water and fertlize them as well.

None here wonders why half of the refugees as well as emkigrant are muslims. Reforms in most muslim areas is about going back many years and even to the good old days of Muhammed or to the devastating killer Khaklifat, which collapsed by the Mongols in 1258.

None here can write any improvements are possible. They not even has lanfuage for it because their mouths and brains are sealed and they are unarmed kept as sheep.

But Im a peacefull one and hope for a fence around it only.

Trying to see perspective in this zoo its very strange, that none of the hostiles to the SDF-Kurds has any plans for the future. It dont exist.

All Syria should be divided into local parlaments deciding 50% of everything in tha God forsaken country. Those should be elected every fourth year and political fractions should be allowed. By that those should have 50% of the tax and will spend them sell. Its their own money and no infected deciders and corrupers in Damasksu or Latakia.

If Syria becomes like that, it will be divided.

Not at all. Thats normal for many countries. We have it too.

Looking at GDP and corrution maps and the livingstandards shows it well.

We as many others are not divided. We have implemented and extra structure and vote for country as well as local matters.

Its easier for Our cpuntry Goveness to have fewwer things in center. By that they can focus better and the dividings also makes possible corruption lower as well as corruption dont hit the whole country.

And i will remind any here, that we do the changes about every forth year. Its no regime change or revoluion. There are no burned building, chairs and no shoes in this.

The new ones or the re-elected use the same buildings and chairs. Maybee they change wallpapers and that its.

The no more elected has right to free speech and by that can improve themself or fx tell they are not as bad as they seemes too. By that they have a chance to be elected again if they want to.

Thats granted by the constitution.

A typical danish local parlament is rather small but also powerfull. Emmigrants can vote there too because they need the same kind of help and options as the rest of us. They can be elected to the local parlament as well and does. But they has to follow the danish constitution.

We see locals spend the tax much better then someone far away. Thats because they spend their own money. The local tax is a local and limited source. By that You cant just order. You has to pay from the budget too.

Denmark is different than Syria.