The US-backed Syrian Democratic Forces (SDF), including the Kurdish People’s Protection Units (YPG), have reportedly launched an andvance south of the Tishrin Dam at the western bank of Euphrates river. The operation followed yesterday’s announcement by Spokesman for Operation Inherent Resolve, the US-led coalition against ISIL that the predominantly Kurdish SDF had withdrawn from the eastern bank of of Euphrates river, including Manbij and area of Jaralbus. 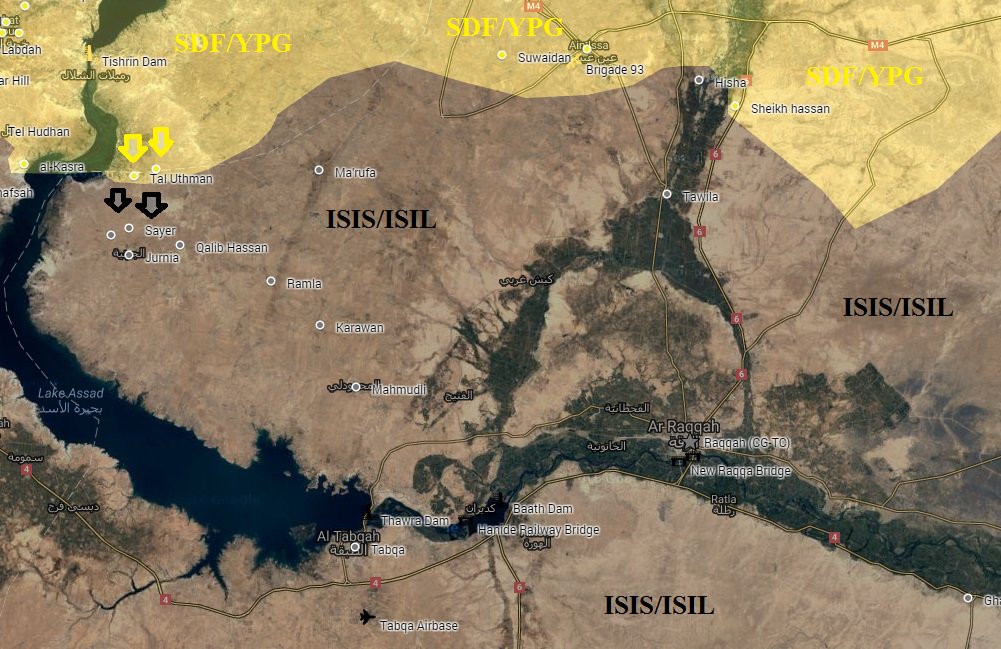 However, local sources report that not all Kurdish SDF units have withrawn from the area of Jarablus. Furthermore, they are advancing north of Manbij ingoring Turkey’s warnings.

This is why the Turkish military have been shelling SDF units in the area, with artillery and battle tanks (Turkey has 20 battle tanks in Syria) since yesterday.

Clashes between the Kurdish SDF and pro-Turkish militants were observed in Ayn al-Bayda outskirts, where the SDF successfully advanced and retook Amarnah.

According to local sources, since the start of the Turkish military operation in Syria, the SDF has seized some 7 villages north of Manbij. 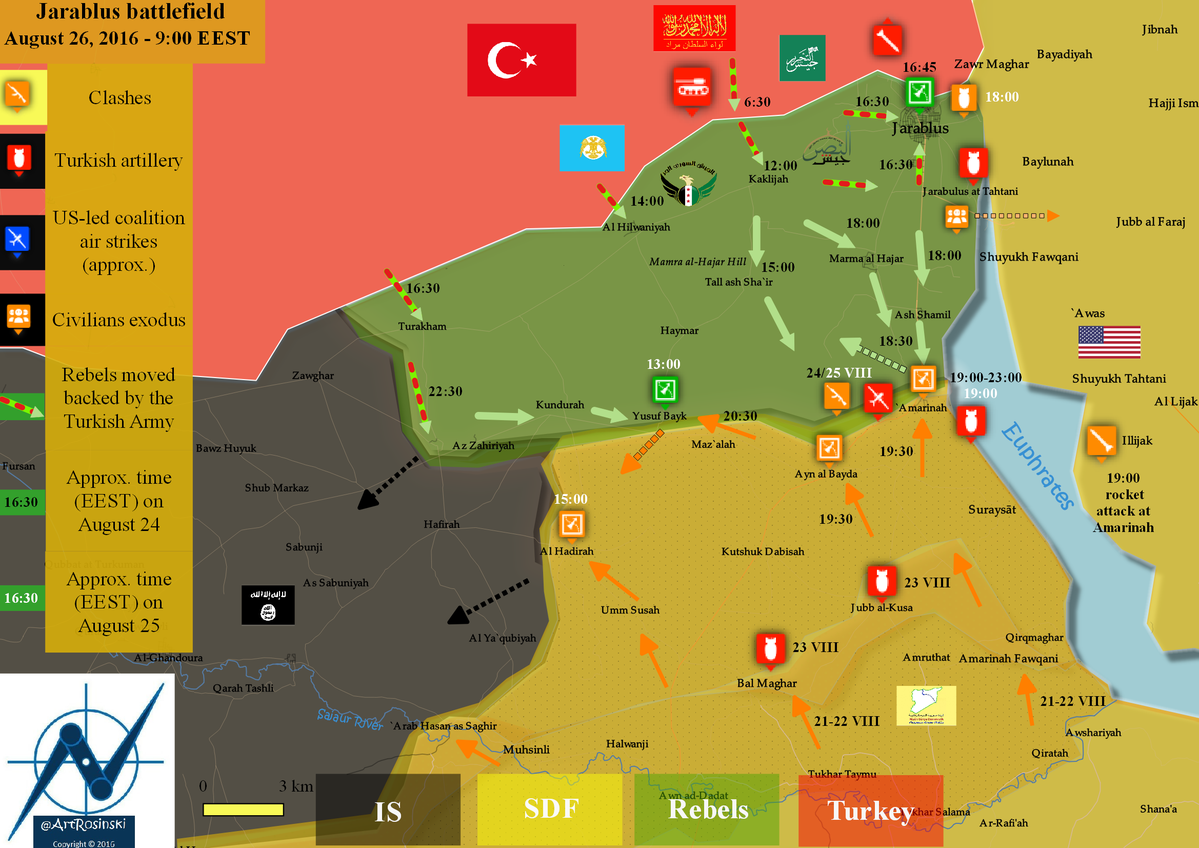 We remind, on August 24, US Vice President Joe Biden pledged to withdraw the US support to Kurdish fighters in Syria if they did not comply with Turkey’s request to remain east of the Euphrates river.

“They cannot, will not and under no circumstances get American support if they do not keep that commitment. Period,” Biden stated at a joint news conference with Turkey’s Prime Minister Binali Yildirim.

In turn, the YPG announced that its fighters have witdrawn from Manbij and returned to its bases. If it’s confirmed that this statement has been a merely PR move, the YPG risks to lose the support of the United States.

the turks and their allies have lost their way…they should be heading west where ISIS is. They are fighting ISIS aren’t they?that’s what they say……

i just feel sorry for the Kurds. They have bled in combat…and they were sold in paper. They lost their only chance for a state (ta amerikanakia edvsan gh kai ydvr stoys toyrkoys me to poy etrixe ta dontia toy o paranoikos)

Like, how Russia says it has been fighting ISIS?

For Russia everyone is ISIS. And its partially true. Its obvious in the battlefield. you have 100s of islamic fractions fighting for their own profit and fighets who fight for the higher bidder. In my personnal opinion Russia has done much more in one day than the US has done in 3 years. And its not a matter of who has the better army etc. It’s just a matter of who wants what. Us doesn’t want Assad so they stand behind everyone else. They repeat the same mistakes they did in afganistan supporting Taliban against USSR. Russia supports its ally because this suits her ampitions in the middle east. simple as that. The war in Syria is very complicated and almost never ,something is what it seems to be.