As always, victory has a hundred fathers and defeat is an orphan.

Mazloum Kobani Abdi, the Kurdish-led Syrian Democratic Forces (SDF), claimed in an interview with Fox News that the SDF had provided the United States with an intelligence on the location of ISIS leader Abu Bakr al-Baghdadi ahead of the US raid to eliminate him.

The SDF allgedly got the precise location of Baghdadi and details of the compound in the village of Barisha where he was staying from a source inside ISIS.

The decision to eliminate Baghdadi was first made “a month ago,” said Can, “but the US withdrawal and the Turkish invasion made us halt the operations.”

General Mazloum tells me the the SDF had a source inside ISIS who was at the compound during the attack. He was brought back safely by the Americans. It was he who passed on the location, details of tunnels, and people there. A source at the heart of ISIS is unheard of @foxnews pic.twitter.com/5lV7AC0oWm

Additionally, Polat Can, a senior advisor to the SDF, the decision to eliminate Baghdadi was first made “a month ago,” but “the US withdrawal and the Turkish invasion made us halt the operations.”

From comments by SDF sources, it appears that the SDF was the key force behind the US operation against the ISIS leader.

Earlier, Iraqi media claimed that it was the Iraqi intelligence that provided Washington with data needed to track and kill al-Baghdadi.

Soon, it may appear that the key role was played by France, the UK or even by Ukraine that provided President Donald Trump personally with the most preceise data about the location of the ISIS leader ahead of the raid. Meanwhile, the international audience is still waiting when Washington will release photos or videos that confirm the death of al-Baghdadi. 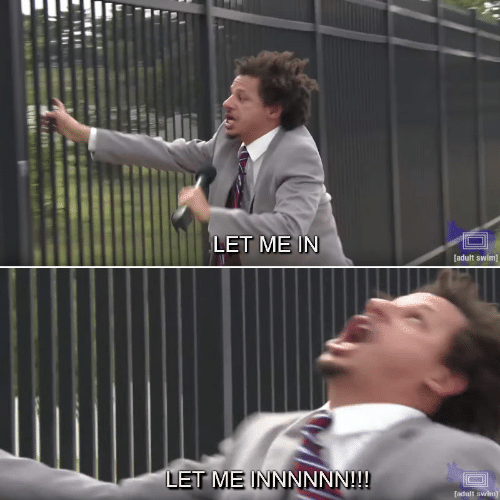 Maybe they knew where Baghdadi was because they had organised his protection per CIA orders.

Why did the SDF talk to the US and not Russia -> Kudish slime.

Whatever those Kurds do, You will remain exact the same dirty little midget dwarf about it.

No wonder many of them prefare to be less with You.

You are only above those people. if You go to heaven. Whatever I have seen and known about Kurds, the ones in Syria has changed and has not been, as You have tild the whole world to create unification about those just as You do with Jews, armenians and like that in Your homemade quagmire.

When we got refugees from You almost not a single muslim ever even has written the Choran. We have to learn them that too and “whats written” about honeur and respect as well as You dont HAVE TO LIE as seen here again and again.

By that Its also confirmed, that Kurds anytime trust Americans more then someone like Russia and You, whatever happens.

Absolute bullshit, but thanks for the laugh.

“From comments by SDF sources, it appears that the SDF was the key force behind the US operation against the ISIS leader…”

Damn… this sounds serious, Jens. Let us know if you need the US to come over and liberate you. We’re good at that.

Would love to be able to claim this. But alas, it would not be true. So credits to SDF.

You dont have to. Facts like this can be constructed for the Trump election campaign, but I think its correct even I also would like to know more.

First they said it was facial recognition that identified him but after blowing his face to smithereens they changed that too DNA proof in 15 minutes in the middle of a war zone when laboratories take weeks , so they changed that too someone smuggled out his underwear after showing him video of Melania undressing , or video of Donald so he wet himself or as he was in Al Nusra / Al Qaeda ( sworn enemy number 1 ) territory. Everytime there was a knock at the gate with someone selling Girl Guide biscuits or the local Avon lady or the Mormons looking for converts he defecated and the DNA of whatever was left in that underwear proved it was Abu . Next week don’t be surprised if they say ” he rang them up and said he has had enough and wishes to collect his pension “.That is most likely the truest story as he certainly collected the CIA retirement pension.

It’s just boring and lame at this point, imo. US (and everybody not invited) needs to fuck right out of Syria and the ME already.

I am sure they have a fast DNS test version in special edition :)

They might have seen him first, when he tryed to hide fast in that tunnel.

I am not like You in this, but I also need more verification.

Good luck on more verification. They now say they have buried him at sea as well as turned that compound into a massive crater. So it is a case of believe what we say .. I have no doubt he is dead but so many questions.. What was he doing hiding in his number 1 enemies backyard. Had Al Nusra known he was there they would have slowly shinned him alive. So many stories are being changed so credibility on anything becomes an issue. The only thing I know is we will never know the truth.

He’s probably dead but died a long time ago.

does anybody remember the script, how Sadam was supposedly taken? In a dirthole underground?
Looks like the same script was used, only the word dirthole was changed to tunnel to make it less obviouse… 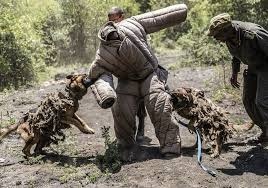 Notice how the one on the right has been trained too avoid the suicide vest area which is probably the one that is in theater and active service . Probably hurt when the tunnel collapsed on top of it. The one on the left probably would have been beyond saving after the suicide vest exploded . Being such ugly looking dogs/canines I can see why they don’t want to publish pics as they would scare the kids , or the kids parents if the kids begged for a puppy just like that.

Accoprdin to, what has been told, they didnt kill 11 of the children there and killed some few lifeguards. We can hope for more details but not too many. ISIS should not have holy places like other nasty organoisations has.

They dont tell if they have mpore then that on its way to Guantanamo.

They have removed Stalin and now Franco as well.

“Kill the headless quilted sheik. Rip him to shreds… KILL HIM NOW!”

Canine would have a much easier flight from Turkey than from Iraq, only 4 miles across the border. But please to not tell anybody! Shhh

Thats right, but it was a secret opration and there are too many Turkish spyes at Incirlik.

Its taken 2030 after some more climate change. Just behind the trees the polarbears cool down in private aircondition facilities.

General Mazloum Abdi. A general in an illegal army in a legitimate country that has a legitimate army. How can this make sense …

Names are like that. He is de facto leaders of a big Militia unit.

Syria hardly ever was Aleppo and Raqqa provinces.

Palestine is named after Philistre which posseded Gaza and a little more.

Preussen in named after a long time not existing etnicity at the Baltic Sea.

Kobani is the name of the makers of the railroad there and the biggest minority always has been Kurds. Even so Arabs took the Ottoman name for some water for sheep and goat area and renamed it into arap music.

I do not believe any of this. “ISIS” always was (and still remains) a CIA/Mossad proxy army against Iraq, Syria and other regional countries/movements independent from the West. In addition, Washington has provided no hard evidence that this dark, shadowy figure “Baghdadi” is actually dead. “Baghdadi” was probably redeployed to Afghanistan (where many “ISIS” have already been sent) to be used as a proxy against the Taliban.

You are underdevelloped raised in knowledge level as Bonzai in Japan.

Correct. So far ISIS did not harm any Israeli or US interest in the region, only Iraqand Syria. Iran had a insurgency clean up operation running in 2013, effectively destroying any formed group in western Iran. Would not be surprising, if all high ranking staff in the ISIS organisation will be eliminated to prevent them to testify about ISIS founding, funding, arms and oil trade, and the involved parties in these.
As the CIA would say: no loose ends.

It could well have been ‘Baghdadi’ who posted the clip of the compound being destroyed, whilst he walks to his extraction point.

Where do SDFs ad americans take out the crude oil. I ask again and has asked many times:

Where the H… do they export the oil to. SDFs hardly can make fuel themselved.

Same caliber as You also say SDFs are and inland and buy that isolated. So how do Americans and Kurds send out crude oil out as well as fuel ????

Finding and taking the usurpator has been a long time job. Danish medias says Iraqian troops catched 2 wifes of his and interrogated them.

By that they they got information abour some foxhole of his, and there they found coordinates for, where he now is killed(if he is or not already was).

A commander number 2 was taken in Jarablus and its obvios SDFs easier could be spyes there and find them.

Its also said that the helicopters came from Iraq and the distance was 70 minutes and they were fired at.

This is a long time job, where fx Turks was not trusted and involved at all.

Why does everybody say that the assault did not come from Turkish airspace?
Is it because of MSM news! It makes perfect sense that if the target is only 15km across the border,
Helos can fly in low and undetected, and aircraft can launch stand off munitions from within Turkey.
PS: I hope the greenhouse worked out well. :)

hhahhaha i love the last part “it may have also been france, UK, or ukraine that provided the intelligence”

The underpants sniffing technology is better in France and the UK.

At the time this started, just after Bahguz, US was still a good ally of the SDF. It might have worked out different had all this started a week ago.

To me, it is telling that the operation was done from Erbil, not close by Incirlik. All the extra effort because, clearly and with reason, the US does not trust Turkey.

Yeah right, so long as they can squeeze some good PR out of it YPG will admit anything!
Baghdadi isn’t dead, 2 years ago after the fall of Raqqa he was evacuated & returned to his job at Mossad in Israel. But Baghdadi also isn’t dead b/c he never existed, he was a PR creation-a public face for ISIL.

Again like Bin Ladin no body to prove this

Wonder if they’re gonna get their lies straight anytime soon…

Just imagine the kill list to be followed if someone was serious about bringing peace and justice to the world?