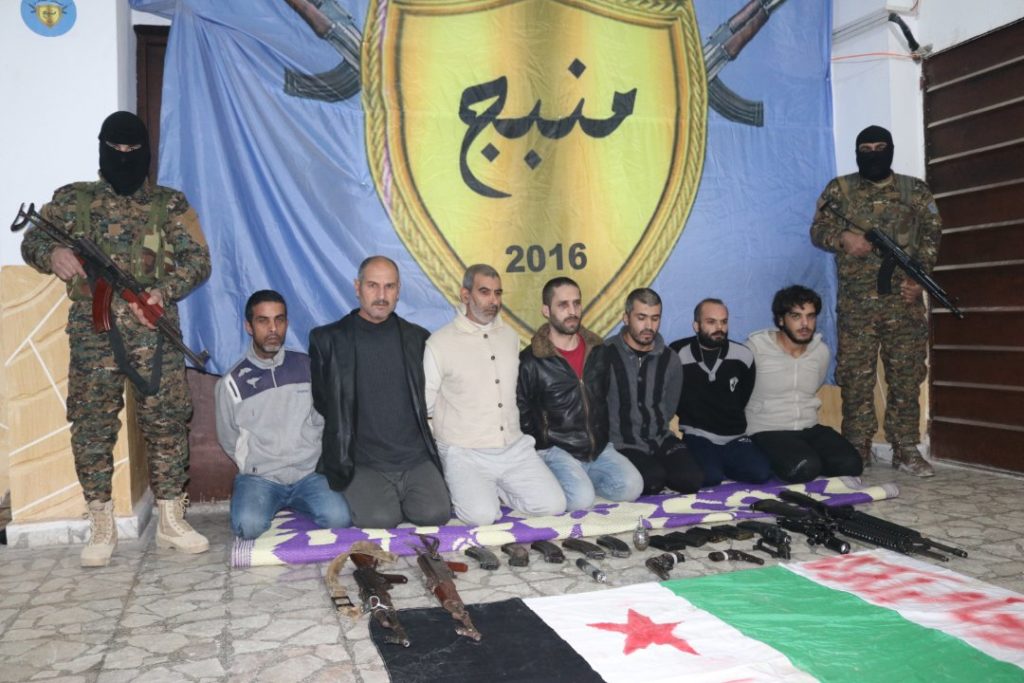 Following the January 16 suicide bombing, which caused casualties among US service members, the Manbij Military Council of the US-backed Syrian Democratic Forces (SDF) claimed that it had detained a ‘terrorist’ cell linked to Turkish intelligence services and Turkish-backed militant groups operating in northern Syria.

According to the statement, the cell was preparing multiple ‘explosions’ and ‘similar terrorist acts’ in the Manbij area. By this statement, the SDF de-facto attempted to blame Turkey for the terrorist attack that had killed US personnel.

On January 17, the al-Bab Military Council of the SDF released own statement on this issue by condemning the terrorist attack and blaiming ISIS for it.

These statements show the difference in approaches between Kurdish-controlled and Arab factions within the SDF. While the Kurdish-dominated part of the group (its major part) is attempting to undermine the US-Turkish relations and to prevent the US withdrawal from the country in order to create a Kurdish “state” in the area, the Arab part is ready to accept the reality and to work with the powers involved in the conflict to reach a political solution.

It’s also interesting to note that the al-Bab Military Council is involved in joint patrols with the Russian Military Police in the area west of Manbij. At the same time, the Kurdish-controlled Manbij Military Council (even if it’s formally presented as an “Arab faction”) is acting in the framework of the YPG/PYD approach.

Was someone of the Manjib Military Council killed in the attack?

why this dont surprise me?

I am not defending anyone but trying to be logical ;

It is very hard to know who is working for who. Example : an Israeli intelligence agent may disguise like an iranian officer and hire some people to do some work for him and then Iranians to blame.

Or, you can find some expandable people, arrest them, take pictures or videos, you make them say anything you want, and make them disappear.

So, what we have in our hands is the usual test : who will this work for in the end. (e.g. with this test, an idiot can realize israhell/us deep state was behind 9/11)

Very strange all of a sudden SDF with USA advise pretend to arrest or kill most fearful Turkeys terrorists to be accepted and trust and integrated in Syrian Army to defect tomorrow after faults chemical attack or new Obama takes over after Trumps assassination.

Nice move YPG. You probably did the attack on the US yourselves to prevent the US withdrawal but well played if you guys can get away with it! Cui bono?

Since the identity of the bomber is confirmed and he is a member of Isis and they have taken responsibility, Isis was responsible. But back in 2014/15 the Russian kept claiming Erdogan and his son were both profiting from the illegal sales of Syrian oil in and organized arrangement with Isis themselves. They showed us many photos and paper trails exposing Erdogan complicity with Isis back then, could a group like the ones the Kurds have just captured still be colluding with Isis even now, we may find out after the Kurds torture them for a while. I think the Kurds may try and link the 2 together, and to be honest, it wouldn’t surprise one little bit if they did come out and claim it, and I’d actually believe them too, it would be something Erdogan would do. Trump starts losing soldiers and Erdogan nobly offers to take their place, sounds like a plan, if it doesn’t work, what did they have to lose, well, nothing except for exposure. But there would have to be very good evidence to prove it, because if true, it would also suit the Kurds narrative, we couldn’t just take their word on it.

I would not be surprised at all.Erdogan is very much an Islamist and his pals the Qataris funded and trained Isis as did Erdo himself with the green light from the US and Israel.