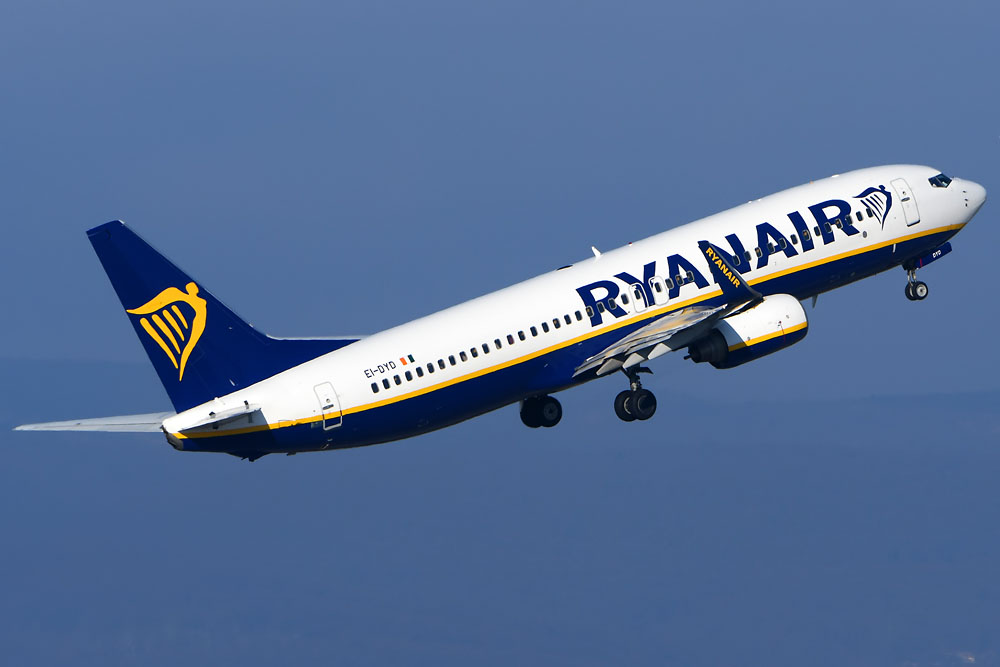 On May 25, Department of Aviation of Belarus published the script of the conversation between Minsk airport and the Ryanair pilot that made an emergency landing in Minsk airport in May 23.

On May 23, 2021, a written message with the following content in English was sent to the e-mail of the National Airport Minsk from the e-mail address protonmail.com:

“We, Hamas soldiers, demand that Israel cease fire in the Gaza Strip. We demand that the European Union abandon its support for Israel in this war. We know that the participants of Delphi Economic Forum are returning home on May 23 via flight FR4978. A bomb has been planted onto this aircraft. If you don’t meet our demands the bomb will explode on May 23 over Vilnius. Allahu Akbar.”

Belarus air traffic control told a Vilnius-bound Ryanair flight there was a bomb on board and suggested it divert to Minsk, according to the released transcript.

The dispatcher contacted the crew on May 23 at 12.30 local time to report the information received about the bomb planted on board the liner, which has not been confirmed later. The message, which the administration received by e-mail on behalf of the Hamas movement, said the attackers were planning to detonate a bomb over Vilnius.

The dispatcher advised the pilots to land in Minsk, but they refused, deciding to head to Vilnius. Soon they contacted the dispatching service, accepting the proposal to land in Belarus.

The recording of the conversation is yet to be released.

ATC: RYR 1TZ for your information, we have information from special services that you have bomb on board and it can be activated over Vilnius.

ATC: RYR 1TZ, I say again we have information from special services that you have bomb on board. That bomb can be activated over Vilnius.

Pilot: Ok…that..it..understood give us alternate please.

Pilot: The bomb….direct message, where did it come from? Where did you have information about it from?

ATC: RYR 1TZ this e-mail was shared to several airports.

Pilot: Could you give us frequency for (unreadable) company so that we would be able to (unreadable).

ATC: RYR 1TZ say again what frequency do you need.

Pilot: We just need to quawk with the operation of the company, if there any frequency for that (unreadable).

Pilot: That is correct 1TZ.

Pilot: Could you say again that I have to call for the airport that authorities …(unreadable) to divert to..

Pilot: Can you say again the IATA code of the  airport that authorities recommended us to divert to?

Pilot: OK, I give you (unreadable) can you say again IATA code of  the  airport that authorities have recommended us to divert to?

Pilot: can you say again please?

ATC: RYR 1TZ   this is our recommendations.

Pilot: can you say again?

ATC: RYR 1TZ   this is our recommendations.

Pilot:Did you say that your recommendation?

Pilot; 09:44:52: I need answer the question what is the code of the (unreadable) green, yellow or amber red.

Pilot: Roger that, in that case we request holding at present position.

Pilot:09:47:12: RYR 1TZ  we are declaring an emergency MAYDAY, MAYDAY, MAYDAY RYR 1TZ. our intentions would be to divert to Minsk airport

Pilot : We can (unreadable )ATIS from Minsk …enough.

ATC: RYR 1TZ  KOLOS 2H arrival, RW in use 31R and if you need vectors advise.

Pilot: Ok, KOLOS.. could you say the (unreadable).

ATC:09:52:29: RYR 1TZ and advise passengers on board and if any dangerous goods on board.

Pilot: No dangerous goods, standby…and we need 130 to avoid.

ATC: Persons on board  133 copied thank you.

ATC: RYR1TZ do you need any data information about Minsk 2?

Pilot: To correction that’s may be (unreadable) 1TZ

Pilot: RYR1TZ actually request heading 040 for avoid for 20 miles may be (unreadable) 1TZ

ATC: RYR1TZ yes we have information

Pilot: RYR1TZ Do you have (unreadable) a nature the civic area in the airport where the aircraft should be parked on in this kind of event?

Pilot: Roger that RYR1TZ in this case no other assistance needed

Pilot: Just wanted to know if our company was informed about about this case about this event

Pilot: RYR1TZ (unreadable) сomplete and now we are ready to commence approach

ATC: RYR1TZ we will try to pass information to your company during 5 minutes

On May 24, Belarusian news channels published several parts of recordings.​

​​​​In the first part published by the ONT channel, the dispatcher says that the airport security service received an e-mail with the threat of an explosion.

According to the second part, released by the Belarus 1 TV channel, the dispatcher said that the landing in Minsk was a recommendation.

On May 24, a video showing the notorious Roman Protasevich, who was detained at the Minsk airport, giving comments on the current situation, was released.

“Yesterday, I was arrested by officials from the Ministry of Internal Affairs at the national airport in Minsk. I am in Detention Center No. 1 in Minsk. I can say that I have no health problems, including with my heart or any other organs. The attitude of employees towards me is as correct as possible and according to the law. I continue cooperating with investigators and am confessing to having organized mass unrest in the city of Minsk.”

Regardless of all versions and speculations, the following can be considered as facts:

​​Another video was released on May 25, allegedly showing a Russian citizen, Sofia Sapega, who was detained together with Protasevich.

She claimed: “I am an editor of the telegram channel “Black Book of Belarus”, which publishes personal information about employees of the law enforcement officers of Belarus.”

This reminds me youtube.com/watch?v=RxedpLyL-2Q and Belorussia has the right to do it.

Here is a partial list of incidents of Amerikastan and Amerikastani stooge nations intercepting planes to try to arrest individuals:

One could add to that list the time an Italian passenger aircraft was shot down by French fighters over the Mediterranean during the 1980s on the suspicion that it was Brother Muammar Gaddafi’s presidential aircraft.

Of course this works both ways.

I’m very sure a lot of warmonger propagandist “journalists” like Jihadi Julian Röpcke of Bild (who considers Julian Assange a “terrorist”) or that creature from Bellingcrap are shaking in their shoes at the thought that any flight they take from now on over Russian, Belarusian, or even Chinese territory could be intercepted and they finally get the punishment that they deserve.

Röpcke – who is a foaming mouthed supporter of jihadi headchoppers in Syria and Uighuristan – of course, and quite predictably, completely took the side of the zionist entity against Gaza, by the way.

But that is why the USA is exceptional. The rules apply to everyone else except US.

Better make sure this little Quisling doesn’t smoke himself to death.

CIA bot is completely broken and beyond repair/help

Who benefits from slandering Hamas? Who hates Russia with a vengeance? Thats right. JEWS

yuri
Reply to  Chinese are smelly

china was lucky was not nuked for that.

Chinese were actually not defeated by Vietnamese peasants but Americans (and french) were.

Chinese are smelly? You eat curry mixed with cows dung 😂😂😂😂🤪

Rightiswrong
Reply to  Chinese are smelly

The US Army were 3 times as shite as the Chinese were. Then China modernised, while the US turned to trannies.

JensMassive
Reply to  Chinese are smelly

The Vietnamese had spent the period 1945- 1975 learning how to asymmetrically fight large imperial powers – France and USA – they got good at it quite quickly – humiliating France in mid 1950’s and then USA in mid 70’s.

CIA prosprattlevich nazi known to be friends w Azov nazis in Ukraine expected to be admired by amerikan nazis and their obsequious colonies….his despicable trollop girlfriend a student at amerikn Soros funded fake university in Vilnius

Protasevich – what is his ethnicity – not made clear in any current media – is he Slav or Khazar?

Oposition just want to turn Belarus in a failed state like they did in Ukraine..nothing else!

I guess someone needs to remind the rogue Americunt terrorist state, that it was they under Ronald Reagan who forced a jet to land at Sigonella AFB carrying Abu Abbas in Sicily in 1985 after the Achille Lauro hijacking in the Mediterranean. Abbas was a member of a Palestinian resistance organization and was enroute to Egypt when US air forces intercepted his plane and forced it to land at Nato Naval Air Station Sigonella forcing the famous standoff between the US Delta Force and Italian Carabinieri.

They were having fun until they didn’t being in pay of foreign power’s makes you a traitor, and they will pay the penalty, have no sympathy for them 20 years perhaps will teach them a lesson.