European free-border policy could be at stake as refugee talks fail. 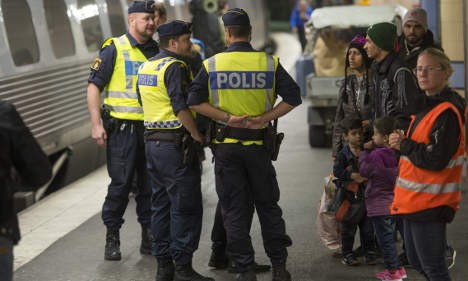 With the influx of refugees not decreasing at all, some countries are starting to implement a series of measures to boost control in their borders in order to cope with the overwhelming situation they are facing by now.

The free-border policy zone encompasses 30 countries; some of them are not members of the EU.

Countries like Sweden have decided to implement controls over the entrance of refugees on its southern border and Denmark is considering taking similar measures, and it seems that it’s just a matter of time for other countries to start doing the same.

Talks on refugee crisis have failed once again on the attempt to reach an agreement with the origin countries of asylum seekers on signing a deal to send back all those refugees whose asylum requests are not accepted.

Also, it must be put under consideration France’s decision to close its borders due to the recent terrorist attacks in Paris.

No clear measures are being taken regarding the fate of refugees amidst winter coming and humanitarian crisis deepening.