The crown prince went further and accused Turkey of trying to reinstate the Islamic Caliphate, which had abolished when the Ottoman Empire collapsed.

Salman made his comments to the newspaper during a visit to the Egyptian capital of Cairo. He added that the dispute with Qatar could be long-lasting and compared it to the US standoff against Cuba. However, he played down the impact of the Saudi-Qatari tensions saying that Qatar is “smaller than a Cairo street.”

The crown prince’s statement reflects the current balance of power in the Middle East, which had started shifting from the Syrian crisis. Russia, Syria, Iran and Hezbollah formed a successfull alliance, which is de-facto winning in the ongoing war in Syria. Turkey is actively cooperating with the Hezbollah-Syrian-Iranian-Russian alliance, thus, contributing to goals of Saudi Arabia’s key rival – Iran.

so says all zio satanic lapdogs/slaves

The dots are f..ing connected.

Erdogan must negociate ASAP with Assad, Russia and Iran. Otherwise, Turkey will be destroyed in the futur.

Saudi Arabia is basically the guarantee to make any sunni country an USA slave.

Sunnis must disjoint from gulf states.

Wahhabi ideology and masses of petroleum profits to throw around are a toxic combo.

And look how it’s funny. The king of Saudi Arabia is speaking just like RichardM : the Ottoman, the Ottoman. XD.

Saudi Arabia is the grave for Sunnis and Arabs.

And do you know Sunnis have chosen Turks to create a Calipha in the past ? Because Turks are more brave and reliable than Arabs.

Let me see now. We have the axis of evil , and now the triangle of evil.
Can we escalate the geometry? How about the dodecahedron of mischief?
Why stick to just three dimensions? Lets have the hypercube of
malfeasant . Let’s all tessellate .

Surely next is the trigonometry of evil…

That sums it up.

Theresa May sat on a report which directly links Saudi Arabia to Wahabhist terrorists yet, she gives the despotic/ War Criminal /Rich Wahabhist a state visit! The They bad mouth Iran as a defense?? the lunacy of the War selling rhetoric?? Saudi Arabia does the Crimes but, Iran gets the blame?? Lizard brained politics full of irrationality and fanaticism!

UK Prime Minister Theresa May has effectively prostituted herself and my country to the Devil worshippers of Mamon.

100% corruption laced with LIES on Iran

The U.S. wages unconstitutional, aggressive war on Syria, provides air support to ISIS by attacking the SAA, forms an alliance with nations that fund and supply the most vicious, murderous, primitive, islamic scum on the planet, and drinks Israel’s bathwater by catering to its territorial ambitions and HS about Iran.

Now that’s what you call living in an alternative universe.

Like I said before, there are 2 FSA. The north is with Turkey and the south is with USA.

USA is willing to get Turkey out of the game to collect full FSA.

The strategy should be that Assad and Erdogan both target SDF and push USA back. Once SDF is destroyed, they must ally to solve the problems.

Don’t forget the add that TFSA are not extremists.

They are extremists. Erdogan is using FSA to solve the kurd problem. He made a fake coup to prevent a real one.

But, Saudi Arabia was playing against these Sunnis. The real goal was just to brainwash them to create cannon fodders to create ISIS and invade Syria. Erdogan fall into the trap just like Morsi did. But, he manages to reverse the situation with the fake coup.

Ofc there are some exremists operating in olive branch. But 95% of TFSA are NOT extremists. Women are free to wear what they want in Al-bab etc. They are trained by Turkish forces. With time they will be and act like professionals.

LOL and israel treats the palestinians in a decent matter as well.

Come on man give your head a shake

Goℴgle is giving to new employee 98 US dollars every hour to work parttime staying at home .. Do job for just few period of time daily and spend greater time with your own loved ones .. Any person can also get this specific job!!!last weekend I purchased a great new Chevrolet just after earning $21610 this-past/six weeks .it’s really the easiest job but you will not forgive yourself if you don’t see it.!bx302b:↹↹↹ http://GoogleOnlineEasyBestFreelanceWorkFromHome/getcash/97$/per-hr… ♥♥♥q♥♥t♥p♥r♥♥v♥o♥♥♥i♥a♥♥♥s♥♥a♥♥v♥♥♥l♥♥b♥♥w♥♥♥n♥♥s♥y♥♥♥u♥l♥♥m♥u♥♥q♥g♥♥b♥♥♥h::::::::!px972x:bpm

I am speechless that there are still people that believe the Saudi double-speak.

I don’t think there’s anyone who believes Saudi double speak. But everyone likes taking their money. And the interests of the US, Israel and the Saudis happen to run together. For now.

Yes for now. Just wait for USA and israel to exterminate the Palestinians. Then, they will throw away the Saudis.

For Israel I don’t think the Palestinians are that much of an issue. It’s Iran that they’re worried about. Iran is what unites those three countries. And for the US also that Saudi Arabia continues to uphold the petro dollar. Probably even more then Iran.

I don’t think so. If Saudi Arabia starts supporting Palestinians, it would be a nightmare for USA and israel. USA chooses to make Saudi Arabia thinks that Iran is a threat whereas Iran would gladly ally with Saudi Arabia.

Saudi Arabia is the pawn is this game and would be sacrifized once the job will be done.

Why would Saudi Arabia start supporting the Palestinians? They couldn’t care less about them. And Saudi Arabia would NEVER align with Iran, nor the reverse, as both are rivals for being the regional hegemon. That would be equal to Hitler and Stalin signing their famous non-aggression pact. And we all know how that worked out.

Saudi Arabia has money, they seem very comfortable with the existence of the state of Israel, they only pay lipservice to the plight of the Palestinians. Becoming friendly with the KSA serves Israel’s interests as it would further cement their relationship with the region’s hegemon. One which has enough money to make the others at least do the same. As far as the US is concerned the KSA is crucial in maintaining the petrol dollar, without which the US could no longer print free money to fund its budget deficit. Also the KSA is a major client in buying US military hardware. Even if it barely knows how to use them, they buy enough to make it very worthwhile.

Saudi Arabia are arabs as Palestinians. Also Jerusalem is a holy city for sunnis. So, the greatest interest of Saudi Arabia is to help Palestinians. But, they choose money and power for short terms. Saudia Arabia is just used. SA will be ejected once no more useful for the west.

Iran proposed many time to ally with SAudi Arabia. Iran also helped Muslim Brotherhood in Egypt and is now working with Turkey. So, there would be no issue if Saudi Arabia and Iran work together. And Saudi Arabia will be also protected by Sunnis in Egypt, Syria, Turkey, … But, SA choose to betray sunnis and is now alone. The only who have interest of war between SA and Iran is USA.

This guy especially is a joke. His father did not have the handle of those Nusra terrorist in the first place so i can understand where he come from.
If Trump is a joke of president this guy is even lower than that. Much more lower.

Jinderes is fallen. Pkk=ypg rats are running. Their last defense in Afrin wont take much time.
Next stop Manbij

This world has really turned into a joke.One of the most despicable , evil nations on the planet calls others evil..When did black turn to white?

They (NATO and KSA) think they can simply re-brand the sprawling Saudi regional policy mess. As if exported Wahhabi terrorism, KSA sponsoring of ISIS in Iraq and Syria, and the current KSA direct war against Yemen all somehow, magically, have just never really happened…yeah right.

Pfft this princeling sure know how to make a fool of himself. No it’s your kingdom most useful assets you rebuke there. Even CIA can’t completely control them but your kingdom can by their monopoly of their holy sites. Go ahead cut them off it would be very funny when you thought you can handle Iran using solely your own national armed forces.

Nice from him, that he involved also himself in this triangle.

Saudi is a tool of the West. They buy lots & lots of weapons they’re no good at using. :)
The French & Brit Empires butchered the Middle East 1916, Sykes-Picot carve up, before WWI ended & Ottoman Empire collapsed. Brit Empire military guaranteed Saudi “Royalty” stability. Before WWI they were tent-dwelling nomads.

Post WWII, Brits passed Saudi control to rich USA. Brits retired to hide in the background & control things from the shadows. Brit/Rothschild Empire have been promoting extreme Wahhabism since about 1710 via agent Hempher & others. Lots of profits for Banksters in “Religious” conflicts.

Saudi has been important to the West, as a huge oil supplier, but with new discoveries of oil around the world & Mad U$Asylum Empire about to become world’s biggest oil exporter, that changes.
Saudi becomes less useful, more expendable.

Is this tool talking himself into an early grave?

Just wait for the oil and gas to be extinguished and for israel to exterminate the Palestinians and the west will end support of Saudis and start cutting Saudi Arabia into pieces.

Who knows what will happen?
Too many liars & maniacs in charge of countries.
This must be the most insane period in all human history,
unless you believe in the accounts of the Annunaki wars.
Who knows?

Well said. This is a period of biblical stupidity and depravity.

I’m not religious but I can’t think of better imagery. Plagues of foreigners and worshippers of money and the state, high priests who preach lies and suppress truth, upending of thousands of years of human morality, the ascendancy of maudlin female “thinking,” and rivers of blood from 1914 to the present.

Cue plague of locusts and torrent of frogs.

Times more depraved than those of Caligula, who supposedly made his horse, Incitatus, a senator.
We now have horses arses by the score for senators & MPs etc, running the West toward WWIII.
Lunacy possesses the Rothschild Central Bankster West.
John Doran.

Appointing that horse to the senate may have been what a sane man would have done back then to show contempt. I’m not a student of Roman history but the thought has occurred to me that Caligula wasn’t as crazy as people make out. At least not on his assessment of the quality of senators.

Given the lightweights that infest the Congress today sending a jackass there would convey the same message. Oh, wait. It’s already been done. 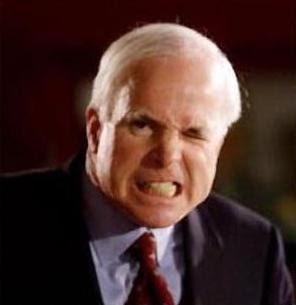 Lightweights is way too kind a description for UK, EU & U$ MPs & senators: moronic war hungry herd creature sheeple gets closer, maybe.
Only 5 of our 650 UK MPs voted against the disastrous Climate Change Act which is a complete con job: scientifically, it’s garbage.
Our political systems are not fit for purpose.
John Doran.

somebody should get rid of that douche bag. saudi arabia should be decimated
into sand.

This stupid Prince (Kushner best friend) will hold Saudis kingdom(actually it was), I’m glad since it will accelarate Saudis self destruction process and ending of wahabism.

He is a little bit off with his geometry.I am sure the people of Yemen,Syria,etc ,would regard his shithole of a country,israhell,jewSA,and all the zionist european puppets as the epicentre of EVIL, MURDER,WARMONGERING;GENOCIDE;THIEVING;AND LIES,in the world.

“He is a little bit off with his geometry”……………………..Leon, that is the BEST understatement I have read in years ! Oh THAT is SO funny, if the situation wasn’t so grave, I think I would be pissing myself !

ISIS – Saudi recruited and funded Wahhabi terror faction – as if anyone has forgotten this.