On November 1, Saudi-led coalition warplanes carried out more than 30 airstrikes on the al-Daylami airbase and several other positions around the Yemeni capital of Sanaa, according to the Yemeni al-Masirah TV. The airbase is located next to the vital Sanaa International Airport.

In its first comment on the airstrikes, the Saudi-led coalition said that its warplanes had  destroyed missile facilities and command centers of unmanned aerial vehicles (UAV) inside the al-Daylami airbase. The coalition also stressed that the airstrikes didn’t pose any risk to the humanitarian efforts and said that the Sanaa International Airport is still operating as usual.

According to the UAE-based al-Arabiya TV, the Saudi-led coalition will soon hold a press conference and share the details of these airstrikes and reveal the “violations” of the Houthis.

Two days ago, the U.S. Secretary of State Mike Pompeo called for a cessation of hostilities in Yemen. Later, U.S. Secretary of Defense James Mattis said that negotiations to end the war should begin within 30 days.

These intense airstrikes are likely an attempt by Saudi Arabia to score a point in the last minute before another ceasefire, especially that the Kingdom’s coalition has failed to make any significant military achievement since the beginning of this year.

“According to the UAE-based al-Arabiya TV, the Saudi-led coalition will soon hold a press conference and share the details of these airstrikes and reveal the “violations” of the Houthis.”

Welcome to the Bizarro world. 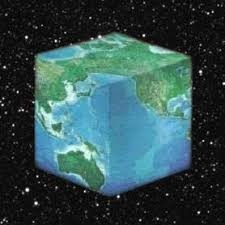 The 30 days is to give time to install the new Crown Prince and let him settle in to the former quarters of MbS. I think MbS life expectancy maybe about as long as he has left as Crown Prince- unless he has a final ace up his sleeve to have his life spared. But he made lot of enemies and I bet the US security guarantee did not extend to MbS.

How can the Saudi’s continue their air strikes without the cooperation of the U.S. Air Force mid air refueling of the Saudi jets?
More American double talk.
Without America there would be very little war taking place in this world.

Flying the Academi (Blackwater) flag. Eric is formally part of the Saudi coalition.

what u didn’t know that it was black water mercs who had trained the first wave of isis fighters in the middle east??and that they were trained right outside rydahh saudi arabia similer to the training the saudi’s gave to the 11 saudi terrorists who took over that plane during THEIR 911 attacks in ny

if u will remember when they had pics of masked isis fighters with american military tats??why that was black water mercs training em to be the occultists backed force you all call isis which means of course the israeli secruity intel services and why these cowards don’t attack the white folk out there but the brown!!

Why would the Houthis have missile factories in Sanaa? Yemen is a large country with lots of lovely mountains. There must me many secure locations to keep production facilities that are at least a little out of the way of population centers.

this is the fckn brits fault!!i am considering VERY seriously to dealing with u child killas in briton early!!!