On June 29, the Saudi-led coalition and its Yemeni proxies launched a new attack on the district center of al-Tuhayat and the town of Zabid along the western coast of Yemen, according to the Sky News Arabia TV. Yemeni sources told the UAE-based TV channel that coalition forces advanced more than 30km towards the two positions.

Sky News Arabia said that Saudi-led coalition captured 60 fighters of the Houthis and killed many others during its advance towards al-Tuhayat and Zabid.

Meanwhile, the Yemeni al-Masirah TV reported that Houthi fighters destroyed two armored personnel carriers (APCs) and three vehicles of the Saudi-led coalition during clashes around the village of al-Faza, which is located 15km west of al-Tuhayat.

Earlier this week, the Saudi-led coalition recaptured the town of al-Faza and reopened a supply line for their units south of the city of al-Hudaydah. This allowed the coalition to launch this new attack along the western Yemeni coast. However, it appears that the Houthis are still capable of defending their positions there.

UAE commander: “These US-made half-million-dollar Navistar MaxxPro MRAPs offer you mercs state-of-the-art protection. You will be able to crush the disobedient Houthi in air-conditioned comfort, safe and protected by the Israeli armor upgrade. Now go Kill the Houthi… KILL THEM ALL!” 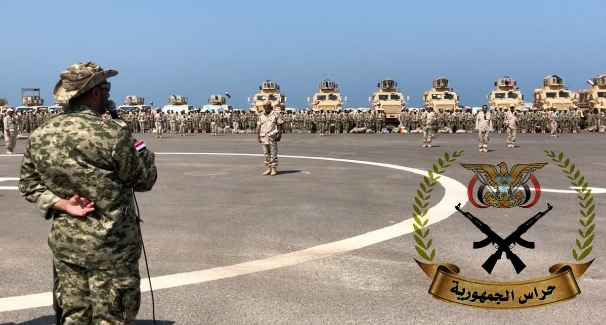 Houthi field analyst: “Not sure what to make of these. Our guess is that these are some kind of mobile crematories for UAE mercs. Every single one we find contains burnt remains of soldiers from Australia, South Africa, Columbia, El Salvador, Chile, Panama – you name it. Kind of creepy… and they keep sending them. WTF? [looks in door] …Whoa! This one isn’t quite done yet. Keep the kids away from here. Don’t let them look inside.”

I think the Western mercs were to expensive and they ditched em a while back, I think they still use Columbians as well as nation state groups from Bangladesh, Pakistan and Sudan, some sources suggest some Blackwater XE Acadami or whatever they are called this week in the mix away from the front lines but other sources say they were considered to expensive and sent on their way to be replaced by third world slave forces.

Saudis and UAEs cannot impose their puppet on Yemen nation.

America getting defeated on multiple fronts, good to see.

The coalition is trying once again to secure their supply line but it will fail. I gave an assessment in comments section to June 28 update on Yemen that included discussion of supply as follows:

The Houthis assaulted the Al Fayza region approximately a week ago and cut off numerous units including Blackwater mercenaries from the US and the leader of Blackwater in western Yemen. After several days the besieged units surrendered and the Houthis took into custody the Blackwater leader.

Unfortunately for the coalition, a UAE relief force arrived to lift the siege but the forces had already surrendered. Worse, the Houthis learned of the impending relief effort and waited to ambush. I suspect the Blackwater mercs tipped off the Houthis of the relief force on its way – fickle mercenaries indeed.

The relief force was completely taken by surprise despite air cover from Apache Helicoptors and was decimated. The Houthis having completed their mission melted into the country side leaving the remnants of the relief force to declare Al Fayza cleared of Houthis (but not the mines) and once again in coalition hands.
—————————————
The Houthis do not need to occupy and hold positions along the supply route – note the article mentions the Houthis operating around the town. They contest the area with mobile commando units that can interdict the supply line along its length. The Houthis know the terrain very well and are making good use of that knowledge.

The last paragraph of the article does not make much sense. The supply lines remain exposed along the long supply route (kamikaze Highway) and the offensive is so far a belated attempt to restore supply security but they have a long way to go as Houthis have established effective interdict capability along large swaths of the narrow supply corridor. Also In my assessment:

The status of supply lines remains precarious and the coalition is unusually silent on the supply status of its troops in advanced positions near Hudaydah Port. I think the cessation of offensive operations tells us all we need to know.
————————————————————
Coalition ‘offensive’ operations stopped about a week ago and the operations along the supply route are at most relief efforts. The cut off troops dug in 5 kilometres south of the airport are in serious trouble.

Southfront reported on a failed amphibious landing attempt but I want to know where they were trying to land. There seems to be no coordination among branches of military and the Houthis seem to have advanced warning of coalition moves – I think the Houthis have a spy in an important position of the coalition command (sweet).

If anyone comes across info about the attempted amphibious assault as well as the status and composition of coalition forces dug in south of the airport, please share.