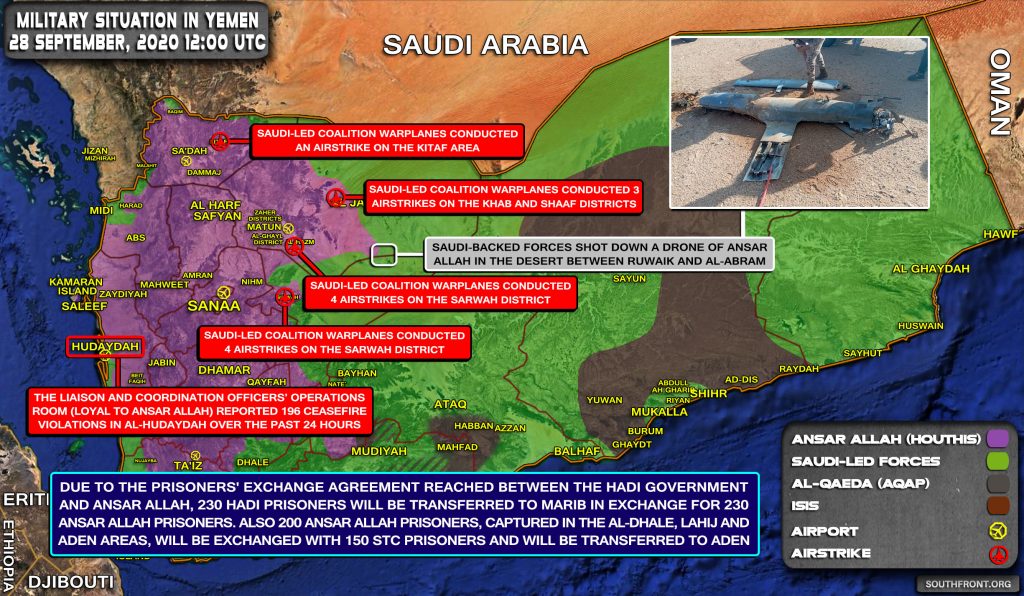 On September 27, the Saudi-led coalition intercepted and destroyed an armed drone of Ansar Allah forces (also known as the Houthis), which was targeting the Kingdom’s southern region.
According to the coalition spokesperson, the drone was destroyed in Yemen’s airspace, in the desert between Ruwaik and Al-Abram.

On September 24, Saudi-led coalition allegedly shot down one more Ansar Allah’s drone in the North of Marib province.