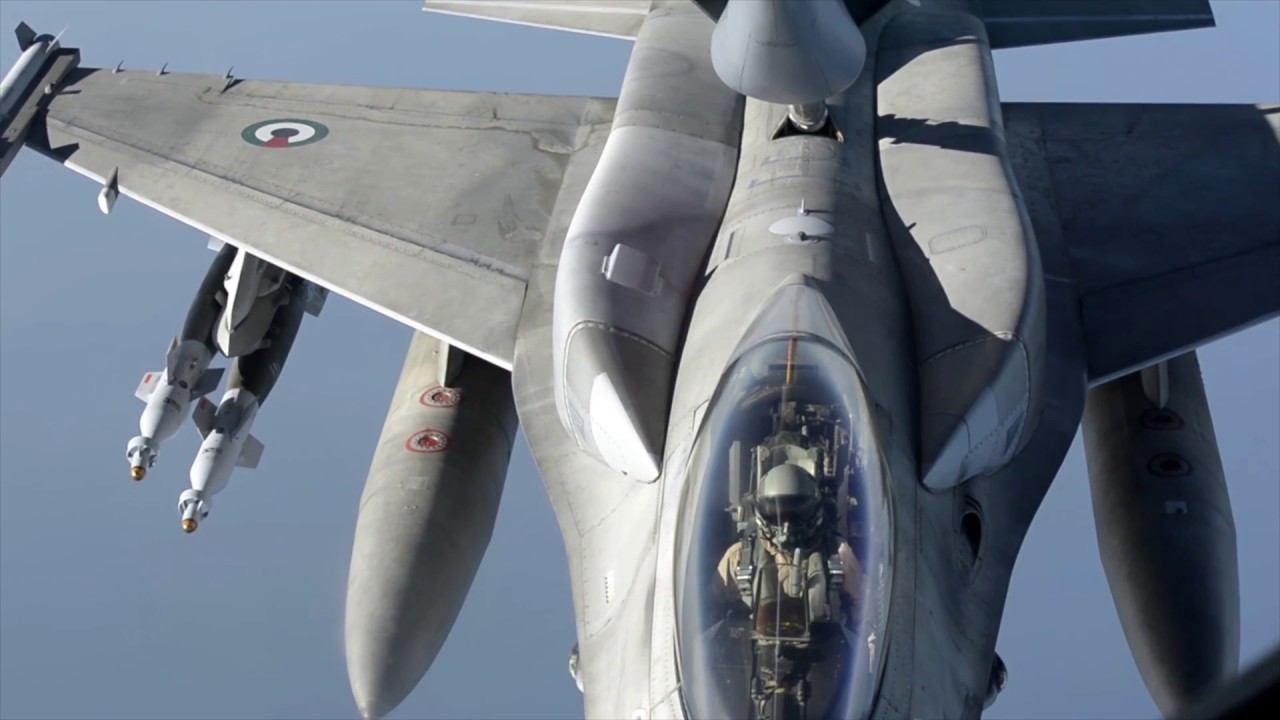 On January 19, a new wave of Saudi-led coalition airstrikes hit the Yemeni capital, Sanaa, which is held by the Houthis (Ansar Allah).

The airstrikes destroyed a waste processing plant located in the southwestern part of Sanaa. Yet, the coalition claimed that the airstrikes targeted positions and camps of the Houthis. No casualties were reported as a result of the airstrikes.

Two days earlier, coalition warplanes targeted a number of apartment buildings in the western part of Sanaa. At least 14 people were killed and more than 11 others were wounded. The casualties were all civilians, according to the pro-Houthi al-Masirah TV.

The Saudi-led coalition’s recent airstrikes on Sanaa were a response to the January 17 Houthi missile and drone attack on the United Arab Emirates (UAE). The attack causing some serious material damage and claimed the lives of three people.

Satellite photos show the aftermath of a deadly drone strike on an oil facility in Abu Dhabi.

The airstrikes will not likely deter the Houthis, who continued to threaten the UAE and Saudi Arabia following January 17 attack.

They are in for a rude awakening. January 17th retaliation was the first phase of a larger operation and Yemeni government promised there’s more where that came from. Foreign companies and civilians are warned to stay away from vital sites and facilities in the UAE. Of course, UAE continues their crimes in Yemen as long as they feel they can count on the US (which signs say is getting directly involved in Yemen) or until they feel the consequences of their crimes with their bones.

Today the terror coalition attacked a hospital in Shabwah.

A side note for some of readers here which suggest Yemen should attack “glass towers” of Dubai. It’s not going to happen. First, what you suggest is the exact same war-crimes which the coalition of terror commits against civilians and the resistance forces won’t lower themselves to such level. If you paid any attention, Yemenis warn repeatedly before each retaliation and only target military sites or vital strategic infrastructure which hurts the aggressors the most in their pockets. Notice the attack on AbuDhabi airport: They targeted fuel storage which is well away from the buildings where civilians use. Second, understand this: UAE is a country created by stitching up 7 beduin Emirate and some Emirates are more equal than others. This is something like an absolute monarchy where the law is the ruler’s wish, and that ruler is AbuDhabi’s Emir. He (which is something like a vegetable, so his baby brother MbZ does the ruling) is the head of state, commander of the armed forces and decides solely on military matters. There is a PM position which is officially given to the ruler of Dubai, but he has as much say in this war as you and I have. And that’s the Emir of the second wealthiest Emirate, now you can predict how much leverage the ruler of Ajman (tiniest and poorest of the 7 Emirate) has. That being said, I don’t rule out Fujairah oil terminal as a legitimate target for Yemenis as it belongs to AbuDhabi. Another matter is the rivalry between AbuDhabi and Dubai which got stronger in the last few years as former feels threatened by the latter. One of the reasons MbZ is trying to steal Yemeni coast and islands is to create another commerce and transportation hub further south and outside of Hormuz strait where the shipping routes will be shorter and away from that choke point. Needless to say if he succeeds, it will have a very serious negative effect on Dubai. Add megalomania to the mix, and we have a midget who thinks he can control waterways like Bab-al-Manab by creating military bases around it -including African eastern coast- and sustain it by giving them all away to the Zionist regime.

I’m not saying this because I’m in love with other Emirates. I’m just giving you information to understand what’s going on.

Well assessed. If Sheikh Mohammed would have a saying in that, there would not be any military conflict in Yemen. Yemen was the source of a lot of cheap labor in KSA and UAE. When the conflict started, a lot of Yemenies were kicked out, causing some difficulties in KSA, less in UAE. A lot of knowledge about KSA and UAE and their facilities went back to Yemen and is accessable to the Houties. I assume, that the Houties have a good understanding where to hit, that it hurt most.

Bombs brought to you curtesy of Joe Biden.