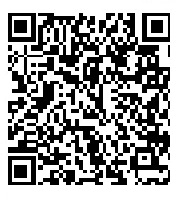 The battle in central Yemen remains as volatile as ever, with Saudi-led coalition and Ansar Allah clashing for Marib city, but also for Baydha.

In Baydha, the Houthis (as Ansar Allah movement is known) are on the defensive, as the Saudi-led coalition began an offensive to recapture the area earlier in July.

Fighting raged between Yemen’s government forces and Houthi rebels, killing 320 fighters from both sides in the central province on July 12th and 13th.

Fighting in Bayda came as the Houthis attempted to break through government defenses in the strategic city of Marib, also located in central Yemen. The rebels have been trying to capture it from the Saudi-led coalition since February.

The government has been sending reinforcements to Bayda since losing to the Houthis some of the districts.

The Houthis, alongside defending from the Saudi-led coalition are also reportedly fighting ISIS and Al-Qaeda elements from Baydha, announcing recently the clearing of terrorists in Al-Soma’a and Al-Zahir.

Houthi spokesman Yahya Saree claimed that the group would stop the Saudi-led coalition’s advance in Baydha and push them back in “three days” from July 13th.

This comes as Ansar Allah have stopped their almost daily drone and rocket attacks on various positions in Saudi Arabia.

Still, on July 14, a series of explosions rocked the outskirts of the central Saudi city of al-Kharaj to the south of the Kingdom’s capital Riyadh.

Local activists shared videos on social media showing large explosions near al-Kharaj, where ammunition depots and military bases are known to be located.

A spokesman for the Saudi Ministry of Defense, Brigadier General Turki al-Malki, claimed in a brief statement that an “accident” was behind the explosions.

Despite the statement, some sources suppose that the al-Kharaj explosions were the result of an attack by the Houthis. The group is yet to make any claims in regard to the explosions.

Saudi Arabia continues its daily airstrikes, in addition to hundreds of ceasefire violations in al-Hudaydah, despite claiming that it has stopped. It only hasn’t targeted the capital Sana’a for a while.

Meanwhile, any form of peace appears out of reach. The Yemen puppet government in Aden urged the Saudi-backed coalition to shift its way of dealing with the Iranian-backed Houthi militias’ inflexibility in peace efforts.

Still, the government speaks against the Houthis and says that they need to back down, as well. Apart from condemning the Houthis for their aggressions, the Yemen government praised the Saudi-led Arab Coalition for backing pro-government forces in their fight against the militias and their efforts to restore security, peace and stability to Yemen.

So its no use plugging up queers and joining them in the false jew realities trying to force that garbage into existence and then crying when these disciples of the homosexual Sid Loder murder your children.

Jew evil began this satanic intrusion into our world by Sid Loder donating his son, me, on to the Freemasons Masonic Lodge who are just jew maggot swine.

If the Houthis really want to clean up these jew-lovers they should denounce the homosexual Sid Lodes and his disciples, then I could take back the Holy Ghost from the recalcitrants.

ps. A lot of the people fighting the Houthis are not doing their own thinking, the jew pigs are doing it for them using the power of God (swt) by utilising the Holy Ghost that was stolen from me when they murdered my mother (1953), mainly because she objected to the plans of the Freemason maggots, which is also when Sid Loder joined up and usurped the Holy Ghost from me, -he though selling but never got paid, – by convincing the World that I would be tortured and humiliated until I joine the Freemason maggots. (Credibility creates history but in this case their only lies which everyone is aware of, these lies are not credible and for sure is just bringing on disaster).

It is far older and grimmer than you currently imagine, dating back 2000-3000+ years.

Funny how al qaeda and ISIS always fight against the nation forces that refuse to bow before the anglozionist hegemon. TEP.

The wahhabi are ignorant inbreds. Any number of spec ops teams could covertly infiltrate the country and target critical supply facilities or resource related infrastructure.